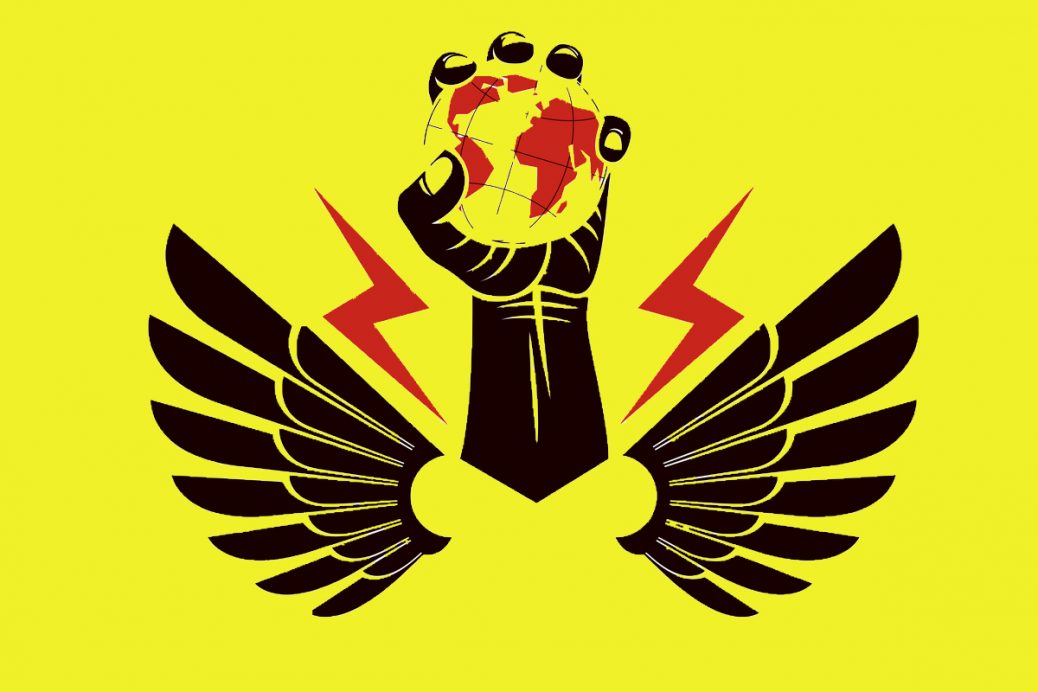 Billionaire elites continue to pour money into a system of extra-government organizations bent on co-opting power from voters and democratic institutions. One example is a joint portal system run by the Open Society Institute World Economic Forum (WEF).

Two of the world’s most powerful billionaires, George Soros and Klaus Schwab, employ the portal system to sign up companies and government agency decision-makers to connect and work out their elite-friendly policies and objectives.

The WEF website hosts a page that promotes the joint effort with the Open Society Institute. There are links to several “big picture” platforms, each overseeing a stunning number of specific projects, all seeded by a combination of billionaire, corporate, and government funding. The portals allow corporate and government reps to sign on and “participate” in the projects.

Projects have a laser focus on controlling virtually all of the most fundamental components of human activity. There are multiple projects designed to establish greater elitist control over food, energy, land, water, transportation, means of exchange (money including digital currencies and decentralized cryptos), technology, and, of course, information and political power.

The WEF admits that it is usurping the power of electoral bodies. Consider, for instance, the overview statement on the portal dedicated to “Shaping The Future Of Public Goods”:

“Government alone cannot deliver on the global UN Sustainable Development Goals or the Paris Agreement on climate change. Our Platform enables leaders from the public and private sectors and civil society worldwide to form exceptional, cross-cutting communities of action that collaborate at speed and scale, harness the opportunities of the Fourth Industrial Revolution and trigger systems change.”

Soros, Schwab, and other mega-billionaires like Bill Gates have gone far beyond what the old wave of 19th and 20th-century industrialists fomented with organizations like the Rockefeller and Carnegie foundations. In fact, many old-line organizations have fallen completely in line with globalist objectives to concentrate power and remove any meaningful policy control from average citizens.

The views and perspectives of voters are not respected. Various initiatives with “woke” sounding labels seek to manipulate and control debate and votes as completely as the control sought over food, energy, or technology.

A Listing of Some of the Open Society/WEF Joint Projects

The following outline list gives an idea of some of the portals and sub-projects (with parenthetical decoding of project objectives):

Besides the specific partnership platforms of the WEF and Open Society, the WEF also funds a considerable number of other platforms seeking to shape the future of CyberSecurity, Consumption, Financial and Monetary Systems, and much more.

A Funded Wonderland Of Hypocrisy, Elitism, and Radical Agendas

Even projects that appear to have good intentions are often cluelessly un-self-aware and hypocritical. Consider the project promulgating “Circular Electronics.” The idea is that the electronics industry processes and materials should be designed and geared as much as possible to reuse and reclaim.

It sounds laudable unless a moment is spent meditating on how the same corporations advocating “Circular Electronics” force-feed new versions of software and hardware devices. Google Chromebooks, for example, have built-in expiration dates, beyond which they stop receiving security updates, rendering them vulnerable, though they still function perfectly well otherwise.

And how many average computer or cell phone users can cite a five- or ten-year-old program they used that had more functionality than a newer operating system or app?

It’s an old game that was played 50 years ago with cars and TV sets. Only today, corporations create social pressure to acquire the “latest and greatest” through insidiously pervasive social media and advertising control. All while preening about their social responsibility and initiatives like “circular electronics.”

Unsurprisingly, among the experts who advise and develop the agendas and proscriptions of the projects are many hardened leftists in academia, government, media, and globalist corporations. A perusal of the persons and agendas shows just how specific and granular are the control aspirations and mechanisms of two of the world’s most influential globalist organizations.