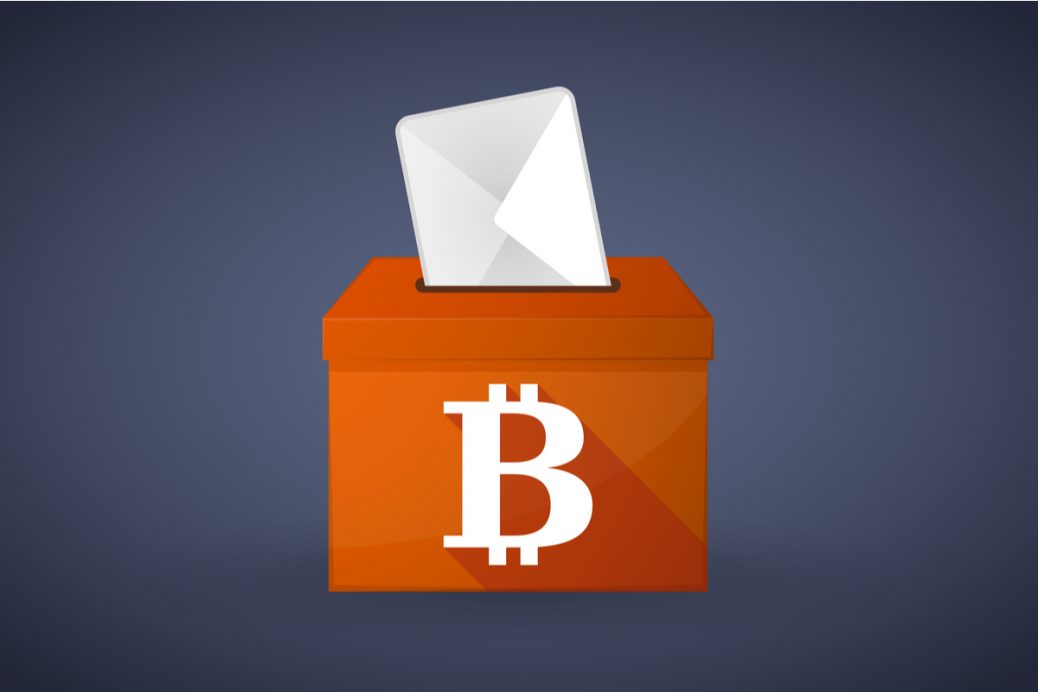 There may not be much clarity from the SEC or Congress regarding cryptos, but politicians trying to rack up donations may be seeing the light.

Several initiatives are in the works that would make it easier for candidates to add crypto to their campaign coffers.

In Texas,the state ethics commission has suggested a new regulation allowing government officials and lawmakers to accept Bitcoin (BTC) and other cryptocurrency donations.

The proposal aims to specify the reporting obligations for cryptocurrencies used in political donations:

“The new rule permits candidates, officeholders, and political committees to accept cryptocurrency. It does not distinguish between any types of cryptocurrencies, like Bitcoin.”

Contributions would be reported as in-kind investments, not currency, according to the filing with the State Attorney General.

But there would be no set time frame under which crypto holdings had to be liquidated.

Cryptos are notably more volatile than major world currencies and the U.S. stock market, though the top crypto projects in market cap have overall outperformed many other investments over their relatively short history.

With crypto assets, it can probably safely be assumed that financial managers of campaigners will be called on to make savvy decisions about when to liquidate those cryptos to maximize their fiat purchasing power.

Crypto Coming to ActBlue and WinRed?

The official RNC and DNC campaign contribution platforms don’t currently accept crypto contributions. But according to a 22 October MSN article, that may be changing, and soon.

One of the reasons why ActBlue revolutionized campaign contribution was because it offered a single focal point for would-be donors to contribute to both the national Democrat party, and specific desired candidates. Contributions could be split and paid via a simple check out, and there was an app as well as a website.

In 2016, Republicans rolled out WinRed, which offered the same general feature set to GOP supporters.

Now a number of politicians are advocating that crypto payments be integrated into those platforms.

A spokesperson for Rep. Ralph Norman (R-SC) suggested cryptos should be accepted as part of a single platform for both fiat contributions via bank drafts or credit cards, and crypto contributions, "instead of branching donors off onto different places depending on their preference."

According to the MSN story, Democrats are also speaking up about giving their donors the option of contributing with cryptos.

Matthew Diemer from Ohio tweeted in September that his campaign had been petitioning ActBlue since April to accept cryptocurrency.

He noted that so far at least, ActBlue has only responded that the platform "will not be able to build that capacity in the near future."

The idea of crypto campaign funding isn’t actually new. But it has gained new momentum and legitimacy by the progress and staying power of cryptos.

In 2017, then congressional candidate Alexandria Oscaio Cortez was asked whether she accepted bitcoin. At the time, bitcoin was experiencing one of its famous run-ups.

“Not till ActBlue does!” the Brooklyn Democrat tweeted. “Also I'm not sure about FEC laws regarding crypto."

But despite slow going on the regulatory front, and a muddy SEC lawsuit against XRP over whether it should be classed as a security or something else, sources in both parties have strongly suggested that it’s only a matter of time before cryptos become part of the major party campaign funding platforms.

"As crypto becomes more of a norm, then all these platforms—WinRed, Anedot, ActBlue—will all make adjustments to make cryptocurrency acceptable on their platforms, but the moment is not there yet," said a senior Republican aide on the matter.

In the meantime, some candidates have accepted donations via other means. California Democrat congressional candidate Aarika Rhodes told MSN that cryptos provided a "really big boost" in donations when she added a way to donate on her website.