POLL: AMERICANS WANT NO U.S. TROOPS TO FIGHT IN A UKRAINE WAR 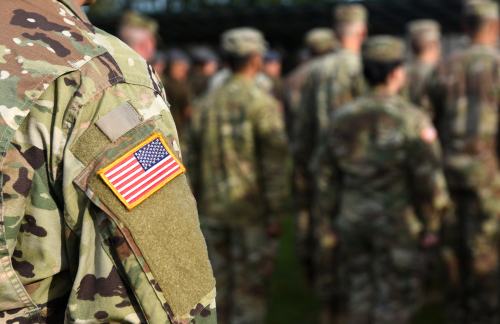 A new survey released by the Economist / YouGov found that only 13 percent of Americans believe it would be a “good idea” to deploy troops to Ukraine in order to fight Russians.

The online poll was conducted by YouGov and used a nationally representative sample of 1,500 U.S. adults from 5-8 February. The poll showed that more Americans (17 percent) would back the U.S.’s withdrawal from NATO if it meant fighting with Russians.

The Trends Journal has reported extensively on the topic. (See “WASHINGTON GIVES COLD SHOULDER TO RUSSIA’S SECURITY CONCERNS,” “BIDEN HITS RUSSIA WITH SANCTIONS,” “NATO: WE ARE THE WORLD” and “KREMLIN BLAMES UKRAINE FOR STOKING TENSIONS AT BORDER.”)

U.S. intelligence has warned that despite Moscow’s assurances, the Russian military is poised to launch a full-scale invasion and their tanks could reach Kyiv within two days. Biden has insisted that U.S. troops will not square off with Russians, but the president has sent extra forces to Europe last week. About 2,000 troops were headed to Poland and Germany, and the 1,000 in Germany will be headed to Romania.

The Biden administration has vowed crippling sanctions against Moscow and promised that no Russian gas will ever be pumped through the Nord Stream 2 pipeline into Germany if Russia invades.

Ukraine is not a member of NATO so other countries are not obligated to come to its defense in the event of an outside invasion, but that has not stopped Western countries from sending "defensive" military equipment into Kyiv.

The poll found that 55 percent of Americans say it would be a “bad idea” for U.S. troops to fight Russians. Many Americans are unfamiliar with the region. About 25 percent are unsure if Kyiv is an ally or an enemy.

TRENDPOST: Long forgotten, and not mentioned by the Western media or its politicians, was the U.S. and NATO’S pledge not to expand into Eastern Europe following the deal made during the 1990 negotiations between the West and the Soviet Union over German unification.

As detailed in the Los Angeles Times back in May of 2016, while the U.S. and NATO deny that no such agreement was struck, “...hundreds of memos, meeting minutes and transcripts from U.S. archives indicate otherwise.”

“According to transcripts of meetings in Moscow on Feb. 9, then-Secretary of State James Baker suggested that in exchange for cooperation on Germany, U.S. could make ‘iron-clad guarantees’ that NATO would not expand ‘one inch eastward.’ Less than a week later, Soviet President Mikhail Gorbachev agreed to begin reunification talks. No formal deal was struck, but from all the evidence, the quid pro quo was clear: Gorbachev acceded to Germany’s western alignment and the U.S. would limit NATO’s expansion.”

Also, as noted in the National Security Archives, “Not once, but three times, Baker tried out the “not one inch eastward” formula with Gorbachev in the February 9, 1990, meeting. He agreed with Gorbachev’s statement in response to the assurances that “NATO expansion is unacceptable.”

Baker assured Gorbachev that “neither the President nor I intend to extract any unilateral advantages from the processes that are taking place,” and that the Americans understood that “not only for the Soviet Union but for other European countries as well it is important to have guarantees that if the United States keeps its presence in Germany within the framework of NATO, not an inch of NATO’s present military jurisdiction will spread in an eastern direction.”

Yet, these and other facts regarding the agreement of NATO not to expand are being totally ignored by the mainstream media and the U.S. and EU governments.