POLITICAL PRISONERS IN THE U.S.A. 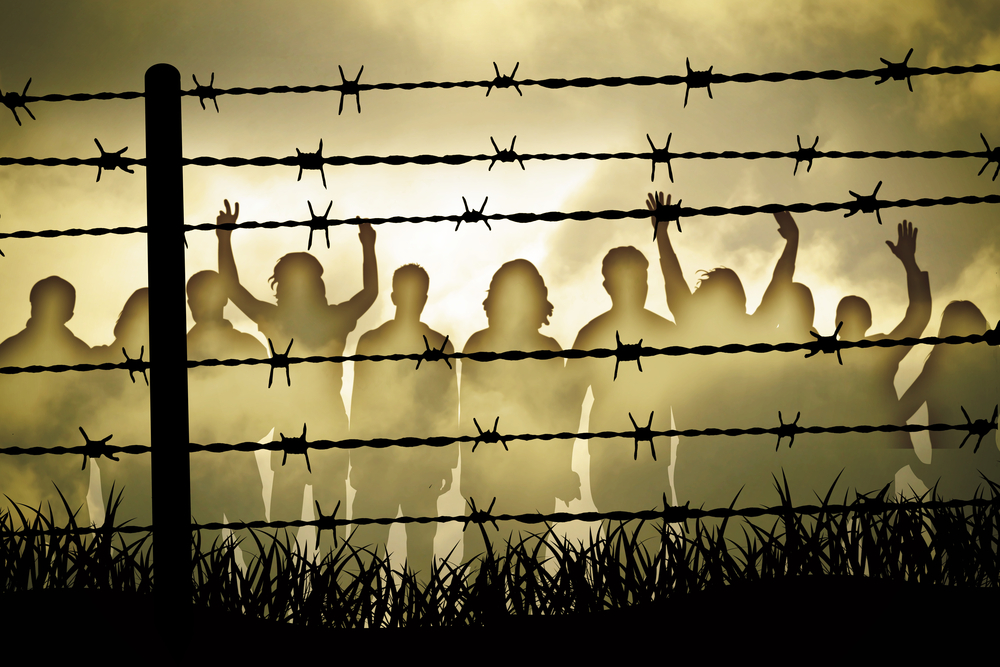 The MSM has applauded. But with over 350 Capitol protesters arrested since 6 January and National Guard troops camped out in Washington, D.C. indefinitely, there’s no denying a troubling line has been crossed into making political expression criminal.

That effort is quickly ramping up in the new Biden administration. Speaker of the House Nancy Pelosi has called for a 9/11 style commission to investigate and prosecute protesters and organizers. This even though the only person killed via willful violence on 6 January was Ashlee Babbit, an 11-year Air Force veteran who was shot at point-blank range while unarmed and not attacking anyone. The identity of her killer has been shielded by the government, and the media has not pressed for a name.

In a briefing this past Friday, Justice Department and FBI officials raised the possibility of expanding investigative and prosecutorial tools in cases of so-called “domestic terrorism,” the byword Democrats have used to smear not only Capitol protesters, but groups like the Proud Boys, Oath Keepers, QAnon “plain vanilla” Trump supporters, and even senators including Ted Cruz and Josh Hawley.

Currently, a domestic terrorism statute doesn’t exist, and domestic groups have constitutional rights and protections that don’t extend to foreign groups and actors. But that may soon change if ideological partisans get their way. One senior official at the briefing admitted that current statutory definitions of domestic terrorism already “expand a lot of authorities we can use,” including nationwide search warrants, expanded law-enforcement access to tax and educational records, and harsher sentencing.

A senior Justice Department official suggested the Biden administration would consider seeking a domestic-terrorism statute, in addition to those expansive statutes. “Obviously that’s going to be a policy question for the folks that are coming in. I’m sure we’ll run a data-driven process to see whether we need additional legislative authorities in this area.”

Meanwhile, Acting Deputy Attorney General John Carlin has said the Justice Department is taking an even hand, despite no one scrutinizing the near $100 million given to BLM during nationwide riots in 2020. Organizers there were out to pin an incident of police brutality against George Floyd in a Democrat-controlled city and state as an indictment of the Trump administration.

Carlin said the DOJ was “prioritizing the detection, disruption, and deterrence of domestic terrorism and violent extremism in all its forms.” While admitting the administration was seeking to expand powers with a purported goal of preventing radicalization and disrupting "extremist networks," Carlin pledged that civil liberties protections would remain a priority.

There's nothing unique about the January Capitol protesters in terms of what they did. In 2013, protesters stormed and occupied the Wisconsin state capitol for days, stopping legislators from proceedings. The mainstream media cheered them.

In 2018, a huge throng protesting Senate confirmation hearings for Justice Brett Kavanaugh occupied the Hart Senate Office Building on Capitol Hill. They intimidated legislators and personnel in their offices and defied capitol police. Again, the MSM sided with the protesters, and there was zero talk of “insurrection” or obstructing or intimidating and threatening legislators.

No statute makes one Federal building in Washington, D.C. legally more sacrosanct than another.

In 2020, Federal buildings and police precincts in Portland and elsewhere were repeatedly attacked by BLM and Antifa protesters. Scores of people, including multiple police officers, were seriously injured and even killed during those riots. And hundreds of millions of dollars in damage, via looting and burning, was done to private businesses and homes. Just this month, two radical attorneys who firebombed a police car during those protests were offered a plea deal by federal prosecutors, according to the NY Post. (Click here for the Post’s article.)

Republican politicians and their loved ones, including Rand Paul, had to run a gauntlet of violent protesters when exiting the RNC convention. Paul was shoved, and along with others, faced more physical intimidation and vitriol than Alexandria Oscaio Cortez – or any other politician – during the 6 January Capitol protest.

There is a dangerous double-standard becoming the de facto law of the land when it comes to Democrat-approved protesters.