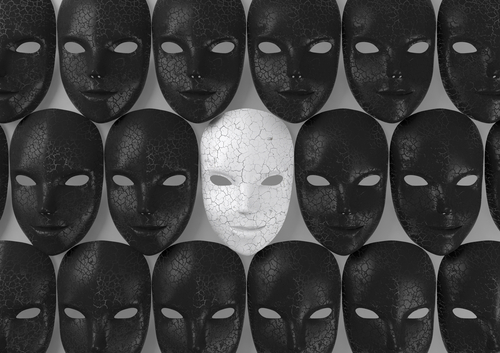 While the peasants sat below them with their masks worn tightly on their faces, California’s highest-ranking politicians partied together in Los Angeles’ SoFi Stadium—inside a luxury box, of course—without face coverings.

The photos that emerged on Magic Johnson’s Twitter account showed the NBA legend—who is HIV-undetectable—standing beside Gov. Gavin Newsom, Los Angeles Mayor Eric Garcetti, and San Francisco Mayor London Breed. They're all smiles and there's not a mask in sight.

The Golden State currently has a universal indoor mask mandate that has been extended through mid-February. The stadium demands that all fans wear masks unless they are eating or drinking... or, as seen, part of the ruling class.

The Trends Journal has reported on numerous occasions where politicians don’t follow their own farcical COVID-19 rules. These politicians end up emerging unscathed because they know the public doesn't care. (See “NEWSOM’S ‘MISSION ACCOMPLISHED’ MOMENT SEEN AS HIS LATEST COVID SNAFU,” “CALIFORNIA’S NEWSOM: NO VAX, NO SCHOOL” and “ONTARIO FINANCE MINISTER: ANOTHER POLITICAL JOKER.”)

We’ve pointed out in previous issues that Chicago Mayor Lori Lightfoot, who ordered lockdowns for the city, was spotted in the middle of a crowd in November 2020 celebrating Joe Biden’s presidential victory.

She responded to criticism by saying, “There are times when we actually do need to have relief and come together, and I felt like that was one of those times. That crowd was gathered whether I was there or not.”

Newsom was also spotted around that time at a posh restaurant in Napa Valley celebrating a birthday party and skirting his own guidelines. Newsom has been one of the most outspoken critics of those breaking social-distancing orders. He was seen at a large table with other guests without wearing a mask.

Garcetti was roasted online after telling reporters last week that he was holding his breath while posing for these pictures.

“I think we should focus on what’s real,” Garcetti said at a SoFi Stadium press conference Wednesday. “I wore my mask the entire game. And when people ask for a photograph, I hold my breath. There’s a 0 percent chance of infection from that.”

A Twitter user posted, "Eric Garcetti hopes you’re dumb enough to believe that he held his breath every single time he took his mask off at the Rams game."

Richard Carpiano, professor of public policy and a public health scientist at UC Riverside, told The Los Angeles Times, “It’s not sustainable and advisable to hold your breath.”

Carpiano declined to debate the risk of infection while holding one’s breath for the paper, but said Garcetti should have worn a mask in the photos.

“So much about politics is about public relations and leading by example,” Carpiano said.

TRENDSPOST: These politicians continue to flout their own COVID-19 rules because they know that they will not be held accountable. The vast majority of the public is either too consumed with providing for their families that they just brush these instances off as politicians being politicians.

They only get away with it because the public lets them. Garcetti, who will be the U.S.'s next ambassador to India, doesn't care if there's a few embarrassing headlines—he got to spend the day mingling with Cowboys' owner Jerry Jones and other business leaders that will go much further in benefiting his future.

This is, after all, a mayor who was accused of doing nothing while his former chief of staff, Rick Jacobs, was allegedly a serial harasser.

Garcetti testified under oath that he knew nothing about multiple allegations leveled against Jacobs, who he reportedly called a “dear friend, as well as one of my most trusted advisers.”

Multiple people stepped forward and said Garcetti's claim of not knowing is bullshit. Will he be held accountable? Don't hold your breath.

TRENDPOST: We continue to note how, after politicians are caught lying, cheating, stealing, etc., they blow out their “apology.” They apologize for nothing. Their only true sorrow is getting caught, yet they continue to play the apology game, which the media sells and most of the public buy.

We note these hypocrisies to illustrate the true nature of the political ruling class of Liars, Cowards, Freaks, and Fools who do as they wish while ordering the plantation workers of Slavelandia to do what they are told.

TRENDPOST: Where is the civilian outrage of being told that is OK to eat and drink without a mask on, and then it must be put on after eating and drinking? This is as moronic as the same cast of political psychopaths that had children hiding under their school desks in air-raid drills in case an atom bomb was dropped on them by the Russians.

Q. What shithead would believe that hiding under a desk would ameliorate the power of an atomic wave?

A. The same shitheads that have ordered people to put on masks when walking into a restaurant, but allow them to take it off when sitting down, because in their warped minds, the virus only gets you when walking and does not float down to table height.