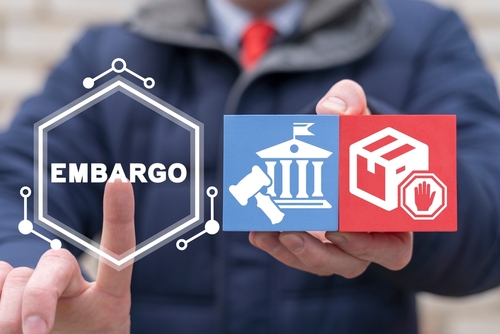 What we had forecast in great detail when the United States and NATO began to impose sanctions on Russia in retaliation for their invasion of Ukraine this past February, is now “official.”

Another Western leader last week admitted that the Western sanctions imposed on Russia at the onset of the Ukraine War have not worked and Moscow has been successful in countering them.

Mateusz Morawiecki, the Polish Prime Minister, said Wednesday that Russia has "unfortunately" been "coping well with the sanctions,” according to RT.com. He said Warsaw would try to increase the pressure on Russia by forming new penalties.

As we have noted in numerous Trends Journals, President Joe Biden, while first selling the line that sanctions worked, later admitted they were never meant to "deter" the Russian invasion, but he said they can prove effective if they are kept in place for a long period of time. He said the most important thing is that the West stays “unified” and for the world to continue to focus on what a “brute” Russian President Vladimir Putin is.

Putin praised his country for having the ability to respond to these sanctions that he said were imposed with "all sorts of pretexts, sometimes just without any pretexts.” On Friday, Russia's ruble hit a two-year high against the U.S. dollar.

Dmitry Peskov, the Kremlin spokesman, pointed to how the West essentially “stole” more than $300 billion in Russian central bank’s currency reserves. Russia called the seizure of about $600 billion in gold and foreign exchange reserves “unprecedented on a global scale.”

Sergei Lavrov, the Russian foreign minister, said in published remarks Saturday that lifting sanctions that have been imposed on Moscow has been a key element in the peace negotiations.

"At present, the Russian and Ukrainian delegations are actually discussing on a daily basis via video-conferencing a draft of a possible treaty," Lavrov told China's official Xinhua news agency, Reuters reported.

The report pointed out that Ukrainian President Volodymyr Zelensky has been a major backer of these sanctions and said they could not be part of the negotiations.

TREND FORECAST: The Trends Journal has reported extensively on the Western sanctions against Russia. At first Biden said the sanctions would work, (See “BIDEN WARNS AMERICANS HIS SANCTIONS WILL HURT RUSSIA”), then he backtracked, (See “BIDEN BACKTRACKS: SAYS SANCTIONS WERE NEVER MEANT TO DETER RUSSIA FROM INVADING UKRAINE”).

TREND FORECAST:  Russia—despite being cut off from much of the global supply chain—with its vast amount of natural and human resources will exit globalization and strive towards self-sufficiency. Indeed, they have the skills to manufacture what they are purchasing from other nations and have many essential natural resources.

Thus they will embrace our Top 2022 Trend of Self-Sufficient economies, in which far-flung supply sources and manufacturing are minimized in favor of domestic production.