POLICING THE WORLD IS A FULL-TIME JOB 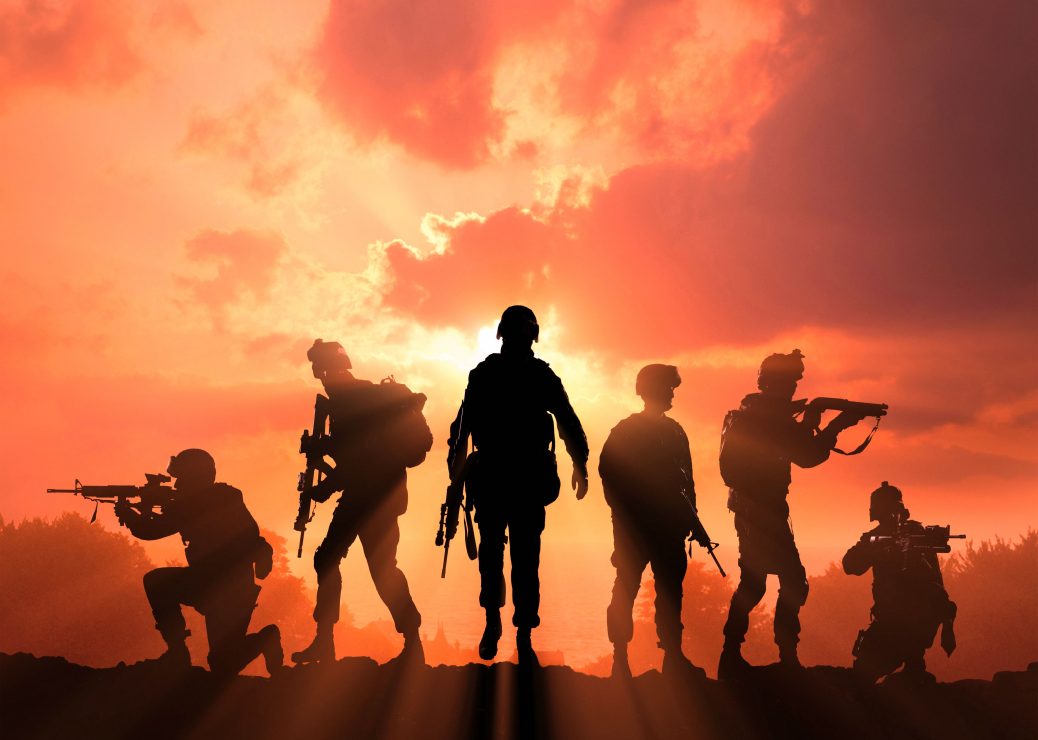 China pushes back against US-led military intervention in Asia

Every leader and top official now in power in the so-called Western World seems to have forgotten that the North Atlantic Treaty Organization (NATO) was founded in 1949 as an alliance that was ostensibly defensive in nature, intended to counter the expansion of Soviet style communism in Europe.

That role continued to be the raison d’etre of the organization until communist governments themselves collapsed in both Russia and in the Eastern European states that collectively made up the Warsaw Pact during the 1990s. After that point, NATO no longer had any reason to exist at all as the alleged military threat posed by the Kremlin and its allies vanished virtually overnight.

But clever politicians were quick to put the alliance on life support instead of simply dismantling it. Lacking the threat posed by the Warsaw Pact, NATO was forced to come up with other reasons to maintain military forces at levels that could quickly be enhanced and placed on a wartime footing. Washington and London took the lead in this, citing the now shopworn defense of a “rules based international order” as well as of “democracy” and “freedom.”

And fortunately for the national defense industries and the generals, it soon proved possible to find new enemies that provided justification for additional military spending. The first major engagement outside the obligations defined by the original treaty took place in Europe to be sure, but it was in the Balkans where of NATO during the 1995 Operation Deliberate Force.

The war ended after the signing of the General Framework Agreement for Peace in Bosnia and Herzegovina in Paris on December 14th 1995. Peace negotiations were finalized a week later but fighting resumed between Kosovo and Serbia in the following year, which led to another NATO intervention that eventually ended with the restoration of Kosovo’s autonomy and the deployment of NATO forces, which bombed the Serbs to compel their compliance with a draft cease fire agreement.

NATO also played a role improbably enough in the US invasion and occupation of Afghanistan, which was justified by claiming that an Afghanistan free to set its own course would become a hotbed of terrorism which would inevitably impact on the United States and Europe. It was a paper-thin argument, but it was the best they could come up with at the time and it also eventually involved soldiers from additional friendly countries like Australia.

As we have subsequently seen, however, it was all an argument without merit as Afghanistan became a money pit and a graveyard for thousands of locals and foreign soldiers. It is now again in the hands of the Taliban after a bungled withdrawal of US forces and the collapse of the puppet government in Kabul that Washington had installed.

Turn the clock forward to the present. As everyone but President Joe Biden has recognized, the United States and NATO are currently engaged in a proxy war against Russia in Ukraine, which many observers already believe has some of the attributes of World War III. As Russia neither threatened nor attacked any NATO member state, the argument that the response in arming and training Ukraine was defensive was rendered irrelevant.

Nor can it credibly be claimed that Russia is a haven for terrorists, quite the contrary. Nevertheless, Biden has stated that the US will be in the fight on behalf of Ukraine for “as long as it takes.” Does he mean years, and all done without a declaration of war by Congress as required by the US Constitution?

And more appears to be coming. Joe Biden, during last week’s trip to Israel, made clear that the United States is “prepared to use all elements of its national power” to stop Iran from getting a nuclear weapon and has signed a pledge with the Israeli government to commit itself to do so.

If Biden presses the argument that Iran is an international threat due to its impending development of nuclear weapons, will he appeal to NATO to support a joint military option to disarm it? I believe he just might do that. And he might just want to consider how the entire set-up and framing of the issue by Israel is somewhat of a trap. Israel considers Iran’s current nuclear program to be intended to create a weapon, which “they continue to develop,” and there are plenty in the US Congress who would agree with that.

So, if Iran is clearly creating a thermonuclear device, the time to strike is now, isn’t it? And bear in mind how the US/Israeli campaign to condemn is multifaceted.

Shortly before the meetings held by Biden and his crew with the Israelis, US government sources set the stage for what was to come by going on the offensive regarding reports that Iran may be selling highly capable offensive drones to Russia for use in Ukraine as well as subsequent claims coming out of Washington that the Iranians are seeking to assassinate senior US officials in revenge for the killing of Revolutionary Guards General Qassem Soleimani in January 2020.

One wonders why they waited so long and why the White House has chosen to publicize these stories at this point.

And the US and NATO are also getting involved with China’s geopolitical policies, on a path that Beijing is warning is extremely hypocritical and which might lead to armed conflict. The signs that the Chinese might be targeted by NATO, possibly over the Taiwan independence issue, came following a stark warning by US Secretary of State Tony Blinken delivered at the NATO summit in Madrid at the end of June.

Blinken accused China of “seeking to undermine the rules-based international order,” the same type of critique recently leveled against Russia and Iran. Blinken’s comment was elaborated on by NATO Secretary General Jens Stoltenberg, who observed how “China is substantially building up its military forces, including nuclear weapons, bullying its neighbors, threatening Taiwan … monitoring and controlling its own citizens through advanced technology, and spreading Russian lies and disinformation.”

Stoltenberg’s indictment of China was followed by a NATO issued “strategic concept” document that declared for the first time that China poses a “systemic challenge” to the alliance, alongside a primary “threat” coming from Russia. The document copied Blinken’s language, citing “The deepening strategic partnership between the People’s Republic of China and the Russian Federation and their mutually reinforcing attempts to undercut the rules-based international order run counter to our values and interests.”

Finally, the US and British governments collaborated to condemn China as the “biggest long-term threat to our economic and national security.” The declaration came in a July 6th joint news conference in London, where Christopher Wray, director of the FBI, and Ken McCallum, director general of Britain’s MI5, accused China, like Russia, of interfering in US and UK elections. Wray also warned the business leaders in the audience that the Chinese government has been “set on stealing your technology, whatever it is that makes your industry tick, and using it to undercut your business and dominate your market.”

Chinese Foreign Ministry spokesman Zhao Lijian initially responded a few days after the NATO summit, observing that the “so-called rules-based international order is actually a family rule made by a handful of countries to serve the US self-interest,” adding that “[Washington] observes international rules only as it sees fit.” Addressing the issue of the role of NATO specifically, Zhao accused Blinken of using NATO to “hype up competition with China and stoke group confrontation.”

He added that “The history of NATO is one about creating conflicts and waging wars…arbitrarily launching wars and killing innocent civilians, even to this day. Facts have proven that it isn’t China that poses a systemic challenge to NATO, and instead it is NATO that brings a looming systemic challenge to world peace and security. Thirty years after the end of the Cold War, [NATO] has not yet abandoned its thinking and practice of creating ‘enemies’ … It is NATO that is creating problems around the world.”

China has a point. What NATO is threatening is war, as it is a military alliance. The Chinese appear to understand that NATO is the world’s largest military bureaucracy which has developed since 1991 an overriding institutional commitment to ensuring its permanent existence, if not expansion, even after it has clearly outlived its own usefulness.

So Beijing might justifiably wonder, how does China – on the other side of the globe – fit into NATO’s historic “defensive” mission? How are Chinese troops or missiles now threatening Europe or the US in ways they weren’t before? How are the Americans and Europeans suddenly under military threat coming from China?

The Chinese appear to understand that if there is no threat to “defend” against, then a threat must be manufactured, and that is precisely what we are seeing vis-à-vis Russia, China, Iran and even Venezuela. Washington has become addicted to war and NATO is the chosen tool to give those wars the patina of legitimacy.

To launch those conflicts requires either inventing an imaginary threat, or, as in the case of Russia, provoking the very threat the “defensive” bureaucracy was designed to deter or thwart. All indications are that NATO – now embracing 30 countries – is doing both and the results could easily be disastrous for all parties involved.

Former congresswoman Tulsi Gabbard particularly abhors the cynical recklessness of the Biden Administration driving the process, explaining how “The reality is, President Biden, members of Congress, leaders in our country, the wealthy, they will have a safe place to be in the event of a nuclear war that they are behind causing while the rest of us in America and Russia, people around the world, will be decimated from this event.”

Prize winning journalist Chris Hedges has also defined the unthinkable that is at stake, and it is past time for Americans and Europeans to take note and stop the madness. Hedges opines that “The massive expansion of NATO, not only in Eastern and Central Europe but the Middle East, Latin America, Africa and Asia, presages endless war and a potential nuclear holocaust.”

One might also note that New Yorkers are now being informed about what to do if there is a nuclear attack. Yes, that is precisely the problem – we have an administration in Washington that should be protecting the people living in this country, not setting up scenarios that might lead to their slaughter. Will someone please point that out to Joe Biden?