PLEXIGLASS DOESN’T PROTECT YOU FROM COVID-19 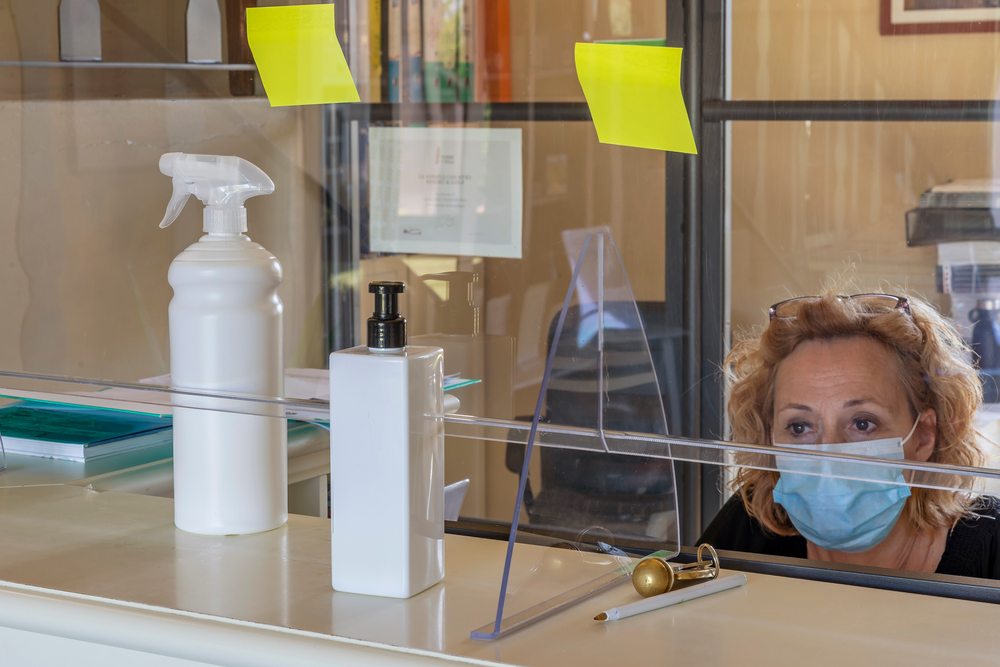 They were divided by plexiglass to prevent the spread of the coronavirus, and even then scientists wondered why.

Linsey Marr, an expert on airborne viruses at Virginia Tech University, told The New York Times that the plexiglass was “absurd.” She called the shields protecting the two far too small. She said the candidates would have to essentially be inside a bubble to be protected from the contagion.

Plexiglass dividers could still be found at counters at most stores and sales of plexiglass tripled during the pandemic year. But a Bloomberg report cast new doubts about the effectiveness of these barriers in preventing the spread of the virus.

“We spent a lot of time and money focused on hygiene theater,” Joseph Allen of Harvard’s Chan School of Public Health. “The danger is that we didn't deploy the resources to address the real threat, which was airborne transmission—both real dollars but also time and attention. The tide has turned. The problem is, it took a year.”

Marwa Zaatari, a pandemic task force member of the American Society of Heating, Refrigerating and Air-Conditioning Engineers, told Bloomberg that plexiglass can give the wrong sense of security.

“If you have plexiglass, you’re still breathing the same shared air of another person” in the room, she told the paper.

TRENDPOST: Facts don’t matter, fear does. Despite the proven worthlessness of Plexiglas dividers, in May 2020 we reported that a 17-page document from the Centers for Disease Control and Prevention (CDC) recommended that restaurants and retail outlets  put in “sneeze guards”/plastic shields at all cash registers.