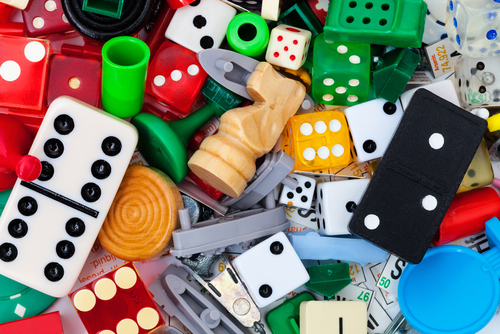 It was 18 days ago when the Omicron fear and hysteria hit the globe. On the news that one case (yes one case, no death) was identified in California, the Dow tanked 900 points.

Since that time, as we have detailed in the Trends Journal, travel and other draconian COVID War mandates have been imposed across the globe.

And as of yesterday, according to the World Health Organization, of the nearly 8 billion people on the planet, zero have died from the Omicron variant.

But that suddenly changed, and it is headline news!

Now, according to U.K. Prime Minister Boris, “The Liar” Johnson—who, as we report in this Trends Journal (See “U.K., FU: COVID RULES FOR THEE, BUT NOT FOR ME” in this issue), began imposing more COVID mandates after being caught lying about the Christmas bash he held while he locked down the entire nation—announced yesterday that there was one suspected Omicron virus death.

As a result of the one death—yes, just one death in the nation of 67 million people since the first omicron was detected in the U.K. 17 days ago—the British health authority announced yesterday that fully vaxxed now means two shots and a booster.

What the U.K. health shill did not report to the House of Commons when he made the three shot announcement was that—according to what was reported in Yahoo News yesterday—the fact that the two shots which were sold to the public in 2000 and most of 2021 had up to a 96 percent efficacy rate, was pure bullshit:

“A study published in the journal Science this month found that Pfizer's vaccine efficacy at preventing infection in immunized individuals, declined from 86% to 43% from February to October. Moderna's vaccine dropped from 89% to 58%, and J&J's vaccine fell from 86% to 13%.”

As reported 8 December in The New York Times, a study conducted in South Africa, where the Omicron variant of COVID-19 was first identified and is said to be spreading rapidly, reveals that the Pfizer-BioNTech vaccine may be less effective against Omicron than against earlier variants.

Vaccinated people appear to be vulnerable to breakthrough infections of Omicron, although both boosters and prior COVID-19 infections seem to increase the level of protection.

The findings may explain incidents of fairly widespread Omicron infections, such as an office party in Norway in which half of the 120 vaccinated attendees tested positive.

A report on the same South African study, in the 8 December edition of The Wall Street Journal, says that the Omicron variant may be able to partially sidestep the protection otherwise afforded by vaccines like the one from Pfizer-BioNTech. As in the NYT story, the WSJ noted that booster shots and recovery from other COVID-19 variants seemed to provide greater protection, although scientists worry that the variant may prove able to sidestep those immunities as well.

Also noted are the border closings and other restrictions being imposed in response to the new variant, which appears able to be transmitted twice as rapidly as previous strains.

And as we reported in the 20 November 2021 Trends Journal, according to Dr. Angelique Coetzee, the chairwoman of the South African Medical Association, who first sounded the variant alarm, said those who got it had “unusual but mild symptoms.”

TRENDPOST: Up until today’s “One Dead in the U.K.” announcement, the Trends Journal has noted there were no mentions of deaths or serious hospitalizations attributed to the Omicron variant. But all the "experts," including the esteemed Dr. Anthony Fauci (who never lies and is always right), seem reluctant to posit that Omicron is simply a more transmissible but far milder variant of the original virus, even though that would fit the epidemiological model of how viruses generally mutate and evolve.