PLANTATION OWNERS OF SLAVELANDIA GET RICHER, SLAVES GET POORER 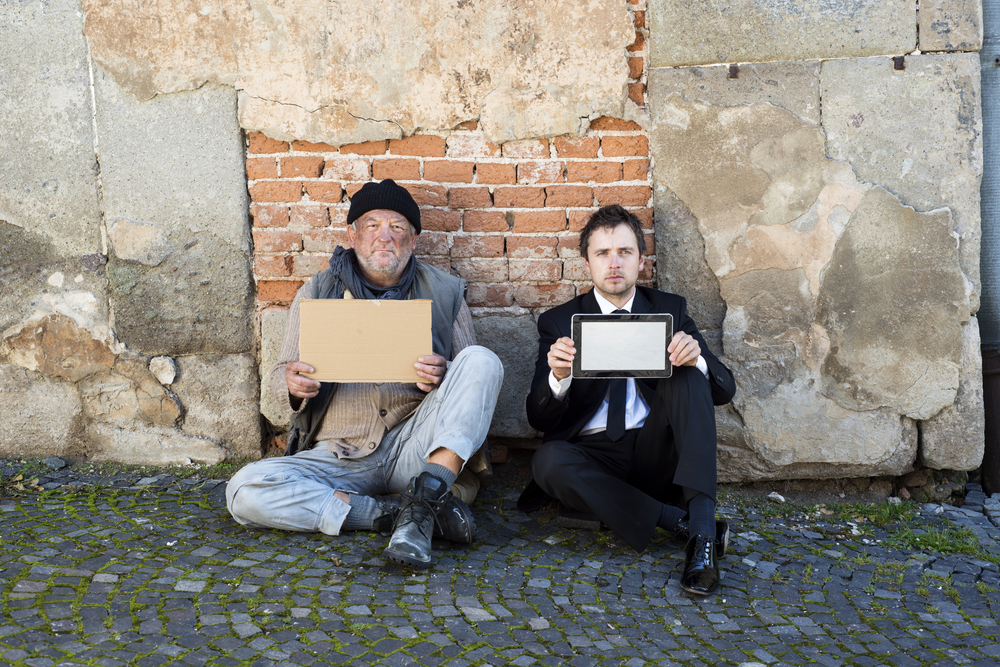 According to the Bloomberg Billionaires Index, the combined net worth of 0.001 percent of the world's population increased by $1 trillion over the past year, and now exceeds $8.4 trillion, which is more than the gross domestic product of any country other than the U.S. or China.

And since the COVID War was launched some two years ago, while the billionaires got richer and “Bigs” gobbled up more businesses, up to 150 million the number of persons sunk into extreme poverty... a number that will increase as inflation eats away at the little that they have. But again, we had long forecast this trend (See "COVID LOCKDOWNS SPIKE EXTREME POVERTY" (13 Oct 2020).

The rich getting richer as the middle class shrinks escalated in the mid-1990s as America’s politicians destroyed trade barriers that once-upon-a-time had workers earning living wages in factories instead of low-paying service sector jobs.

With manufacturing going to cheap labor markets, since then, the share of the world's wealth held by the richest .01 percent has gone from about 7 percent to 11 percent—and the COVID War helped; see "GLOBAL ECONOMIC TRENDS" (13 Oct 2020) and "$4 TRILLION FOR BILLIONAIRES AS MIDDLE CLASS SHRINKS" (23 Mar 2021).

America's top billionaires sold off over $43 billion in stock by 1 December, over twice what they'd sold in all of 2020.

Among the most high-profile in that heady realm, Tesla founder and CEO Elon Musk saw his personal fortune reach levels heretofore achieved only by John D. Rockefeller; that increase even catapulted Leo Koguan, Tesla's third-largest shareholder, to a $10.8 billion fortune and a spot on the index.

Microsoft's Bill Gates, once the world's richest man, lost that distinction in a divorce settlement that elevated his now-ex-wife, Melinda French Gates, to number 194 among the world's 500 wealthiest.

Politicians keep playing the game that they will raise taxes on the ultra-rich. In America, such rhetoric again faded quickly under the scorn of Elon Musk, and Pres. Biden's proposal for inheritance taxes and higher taxes on capital gains floundered along with Biden’s Build Back Better scheme.

Things haven't been quite so rosy for everybody in the billionaires' club, however. In China, the government promoted "common prosperity"—see "AMERICA PUMPS UP THE RICH, CHINA PUSHING THEM DOWN" (14 Sep 2021)—and China's super-rich lost $61 billion.

TREND FORECAST: None of this should be at all surprising to readers of Trends Journal; see, for example, "SPOTLIGHT: BIGS KEEP GROWING BIGGER" (26 Oct 2021). And remember one of Gerald Celente's favorite lines (quoting George Carlin): "It's one big club, and you ain't in it!"

As Celente has also noted, "History shows that income inequality is a factor in social unrest and political revolution...Wealth inequality will become an even more central issue in upcoming elections and will draw more people and energy to anti-establishment political movements."

Indeed, as the middle class keeps shrinking and the billionaires keep getting richer, get ready for “Off With Their Heads 2.0” movements to rage across the globe.