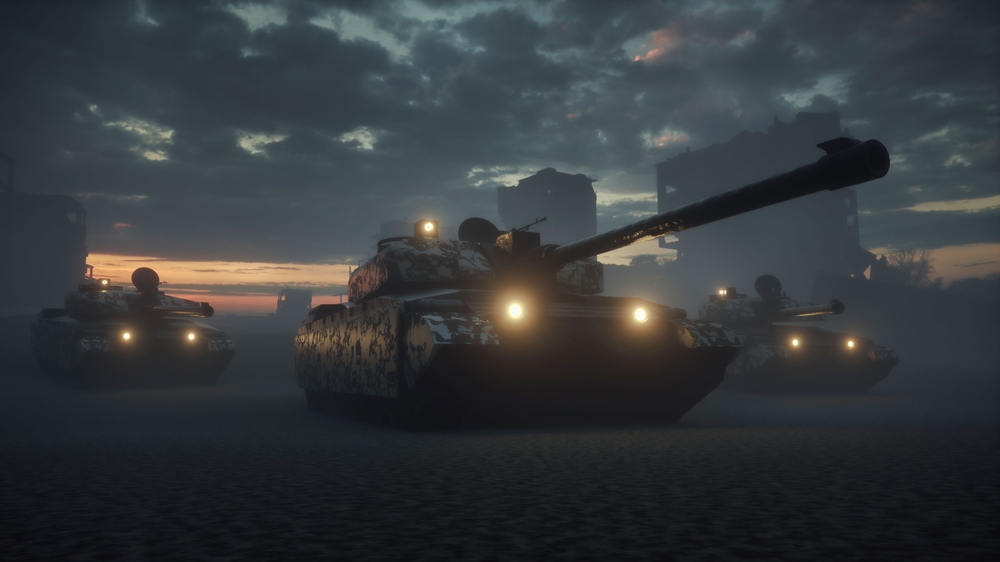 Just a week after Russia invaded Ukraine, we noted that the tens of billions of dollars of weapons the United States and other NATO members were sending to Ukraine to fight the Russians is a deadly, destructive waste of money, and that Ukraine should engage in peace talks rather than fight a much larger and much better armed opponent. Indeed, the massive amount of homes and buildings that have been destroyed and the deaths and lives ruined will be lost forever.

As we wrote in the 8 March Trends Journal, “The only message from politicians and the mainstream media is to increase the military conflict rather than work toward a peace agreement. We continue to note that neither Napoleon nor Hitler could defeat Russia. Thus, to think that Ukraine can defeat Russia’s military is nonsensical.”

In late winter, German chancellor Olaf Scholz, seemed like a different person when it came to the Russian invasion of Ukraine.

Just months into his chancellorship, Russia invaded Ukraine and Scholz quickly had to gain his footing. He seemed to take a wait-and-see approach and made an effort to avoid angering Moscow. Germany relies on Russia for oil and did not want a conflict with the world's largest military.

In the early days of the invasion, Germany was mocked in the media for only donating 5,000 military helmets to Ukraine. Vitali Klitschko, the mayor of Kyiv, called the offer a joke at the time and said he was left speechless.

“What kind of support will Germany send next?” he asked. “Pillows?”

Germany further agitated the West when it did not take a clear position on the Nord Stream 2 pipeline, a massive gas project with Russia that was eventually suspended.

But since the early perceived foot-dragging, Scholtz has become one of the most ardent supporters of Ukraine in its fight to repel the invading Russian army. (See “UKRAINE’S GONE BROKE, G7 AGREES TO BAILOUT,” and “WWIII: U.S. WARMONGERS FUELING KILLING FIELDS.”)

The chancellor was at the World Economic Forum in Davos on Thursday and was, once again, critical of Russian President Vladimir Putin’s decision to invade its much-smaller neighbor.

“A major nuclear power is behaving as if it has the right to redraw borders,” Scholz said. “Putin wants a return to a world order in which might dictate what is right – in which freedom, determination, and sovereignty are not for everyone.”

He continued, “We cannot allow Putin to win this war. It is a matter of making it clear to Putin that there will be no dictated peace—Ukraine will not accept that and neither will we.”

Scholz, who seemed to be inventing his own reality about the conditions in eastern Ukraine, told the conference that Russia’s effort to capture all of Ukraine is “further away today than it was at the beginning.”

TRENDPOST: Scholz’s use of the word “we” is just the latest example of a western country presenting itself as though it is a participant in the war, even though the battle is (on paper) one between Ukraine and Russia.

The Trends Journal pointed out in April that U.S. Defense Secretary Lloyd Austin said a similar remark after meeting with Zelensky in Kyiv. The top U.S. military official told reporters, “our focus in the meeting was to talk about those things that would enable us to win the current fight and also build for tomorrow.”

WSWS.org points out that Austin’s decision to use the first person plural to describe both the United States and Ukraine as one in a fight against Russia “effectively admitted—for the first time by a U.S. official—that the United States is a combatant in the war.

The theme of this year's conference in Davos was “History at a Turning Point.” Scholz told those in attendance that Germany is supplying weapons to a war zone, including heavy weapons, and will bolster its own military with $107.35 billion.

Ukraine has been adamant that it needs more weapons and more support to fight against Russia which has been conducting an all-out assault on the eastern region of the country. Dmytro Kuleba, the Ukrainian foreign minister, also told Davos a day earlier that time is of the essence.

“Every day of someone sitting in Washington, Berlin, Paris, and other capitals, and considering whether they should or should not do something, costs US lives and territories,” he said.

TRENDPOST: Ahhh… if only things were as easy as sending gift wrapped weapons into a war zone. The more weapons that Western countries pour into Ukraine the closer the world inches to WWIII.

Russians warned that the United States will "cross a red line" if it supplies the systems to Ukraine, the report said.

Olga Skabeeva, a prominent Russian TV host, said on her high-profile show on the state network Rossiya-1: “The US MLRS can launch shells over 500 kilometers. And if the Americans do this, they will clearly cross a red line, and we will record an attempt to provoke a very harsh response from Russia.”

People in the U.S. make fun of Russian-state run media outlets, but the U.S.’s government-media complex is just as bad. And the people with the loudest voices in the media are failed U.S. generals and diplomats.

Wesley Clark, the retired four-star general, tweeted, “Russians now using massive thermobarics to destroy villages in eastern Ukraine. To my friends in the US government: Please, rush those US MLRS systems to Ukraine—the battle in Donbas is increasingly nasty. M777 good, but not enough!”

Jacobin magazine pointed out that Clark has “long enjoyed a lucrative career working with defense companies. He runs a strategic consulting firm, Wesley K. Clark & Associates, which says it “uses his expertise, relationships, and extensive international reputation and experience in the fields of energy, alternative energy, corporate and national security, logistics, aerospace and defense, and investment banking.”