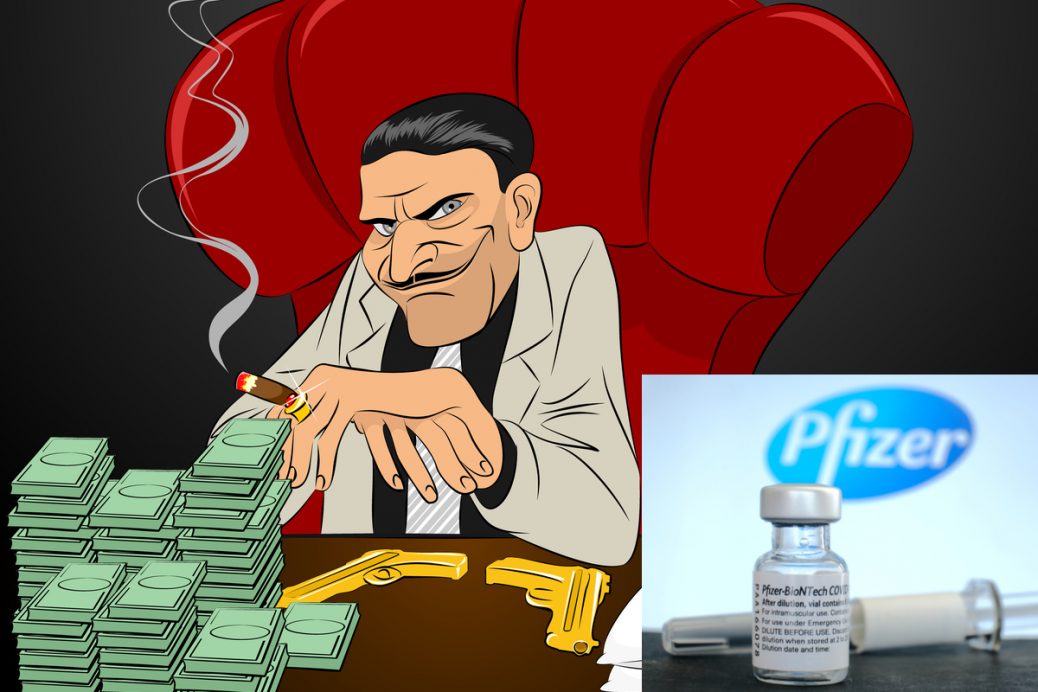 The COVID-19 War has been very good for Pfizer CEO Albert Bourla's bank account, but even he knows dreams of jabbing the world's population with a vaccine once every four months—as enticing as that likely sounds for him—is something that the public will never sign on to.

So, the CEO, who pulled in a cool $21 million in 2020, and won another $1 million in the Genesis Prize for leading the development of COVID Jab, said in an interview last week that he envisions a world where COVID-19 becomes manageable like the flu, and only requires one jab each year.

Bourla had to admit that the public does not have the appetite to take a new jab every four months (a CEO can dream). But he said an annual jab is beneficial for several reasons, especially because they are easier to sell to the public.

Bourla said that the virus will never be eradicated from society and will always kill some percentage of the public each year.

But he said he envisions a return to some sense of normal life within the next few months.

The vaccine business will continue to thrive, however, because there will always be some pesky variant that emerges “such as Omicron…that we will not be able to control."

Bourla had strong words against those questioning the need and efficacy of the COVID-19 vaccine. He told Israel's Channel 13 news those disagreeing with his beliefs are peddling misinformation about the vaccine's safety and efficacy are criminals.

“They know very well everything; they just make it a way of living to circulate this misinformation; they are criminals,” the drug kingpin said.

He claimed he was impacted by the spread of misinformation and said "anti-vaxxers" falsely claimed his wife died due to the vaccine and he was forced to call his in-laws and children to assure them that she was fine.

“But that’s the least of the damage. The biggest thing is because people believe those things… people who die are predominantly not vaccinated,” Bourla said. “Millions of people have died because of them, this small number of criminals.”

Bourla seems to be doling out his own misinformation when he claims that it is only a “sizable minority” that's hesitant to roll up its sleeve for the unproven messenger ribonucleic acid (mRNA) vaccines.

The only reason many of the 63.9 percent of Americans were vaccinated in the first place is because their jobs hung in the balance.

TRENDSPOST: We reported in our 9 November issue that the global COVID-19 war is entering its next phase and drug makers are adapting. Both Pfizer and Merck have announced antiviral drugs to improve survivability for patients. Pfizer—already the lead seller of the COVID Jab—has contracts to supply other countries and expects paxlovid to add $5 billion to its yearly sales; its stock rose 11 percent on news of the new pill, whereas Merck's stock price fell; see "DRUG COMPANIES CASHING IN ON COVID" (11 May 2021); “MORE COVID JABS, MORE BIG BUCKS FOR DRUG LORDS” (21 Sep 2021).

TRENDPOST: Why believe Pfizer? As we have reported in this and other Trends Journals, their “miracle vaccines,” are a fraction of the 96 percent efficacy which was sold to the public when they were launched last December.