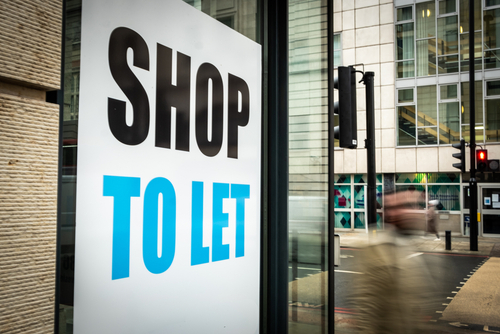 Inflation in the U.K. in January galloped at 5.5 percent, year over year, its fastest since 1992, driven by record high fuel prices and a shortage of goods that collided with a surge in consumer demand as the nation emerged from its Omicron lockdown.

At the same time, average wages shrank 1 percent over the past year when inflation is factored in, creating the worst loss in purchasing power since 2015, the Office for National Statistics (ONS) said.

Next month, the cap will rise again, this time by 54 percent, its largest ever, handing an estimated 22 million people an annual fuel bill of about £2,000, or more than $2,600, according to government estimates.

The figure could turn out to be more than £3,000, analysts at asset manager Investec warned.

Also, in April the U.K.’s annual Inflation pace is predicted to break above 7 percent. At the same time, a new health and social services payroll tax will take effect.

The storm of rising costs could increase the number of “destitute” British households, defined as those unable to afford basic necessities, by one-third to a total of one million.

"There's just nothing left to give from people's budgets,” Lucy Bannister, with the Joseph Rowntree Foundation, an anti-poverty agency, said to CNN Business. “There's no way the numbers add up now."

"Children are feeling too scared to ask for the heating to be put on, feeling hungry and not asking for a snack," she said. "They're taking on that stress that they're seeing their parents go through."

In 2021, 4.4 million low-income British households borrowed to pay for basic necessities during the COVID War and now more than two-thirds are unable to keep up with those payments coming due, according to a Rowntree Foundation study.

"This is the parts of life that people aren't seeing," one man told CNN Business. "We're locking it up into credit cards so we can cope, and then we're struggling to pay the debts because interest rates” have risen.

“We're having to take high-interest-rate credit cards just so we can get by," he added.

One in 10 U.K. families have taken on debt to buy school supplies, according to a 2020 Children's Society survey. That figure could grow in 2022 as clothes and footwear were key drivers of inflation in January, the ONS said.

In April, the government is raising the minimum wage by more than £1,000 a year and adding the same amount to benefits available to low-income households.

In addition, the government is allowing hard-pressed Brits to spread their monthly energy payments over several years and local jurisdictions are cutting taxes to help ease the burden.

The government is "providing support worth around £12 billion,” or about $16 billion, “this financial year and next, to help households with the cost of living," a Johnson administration spokesperson told CNN Business.

It’s not enough to keep unhappy Britons off the streets.

Protestors and the Labor Party are calling for a windfall profits tax on energy companies.

"It's scandalous that the government is happy to leave those mega-profits for the companies that are inflicting this on us," Ian Allinson, an executive with the Manchester Trade Unions Council, said in a comment quoted by CNN Business.

TREND FORECAST: It is a Gerald Celente truism proven by history: “When people have nothing left to lose, they lose it.”