ONLY CRYPTOPLORABLES HAVE USE FOR BITCOIN, SAYS NATIONAL REVIEW 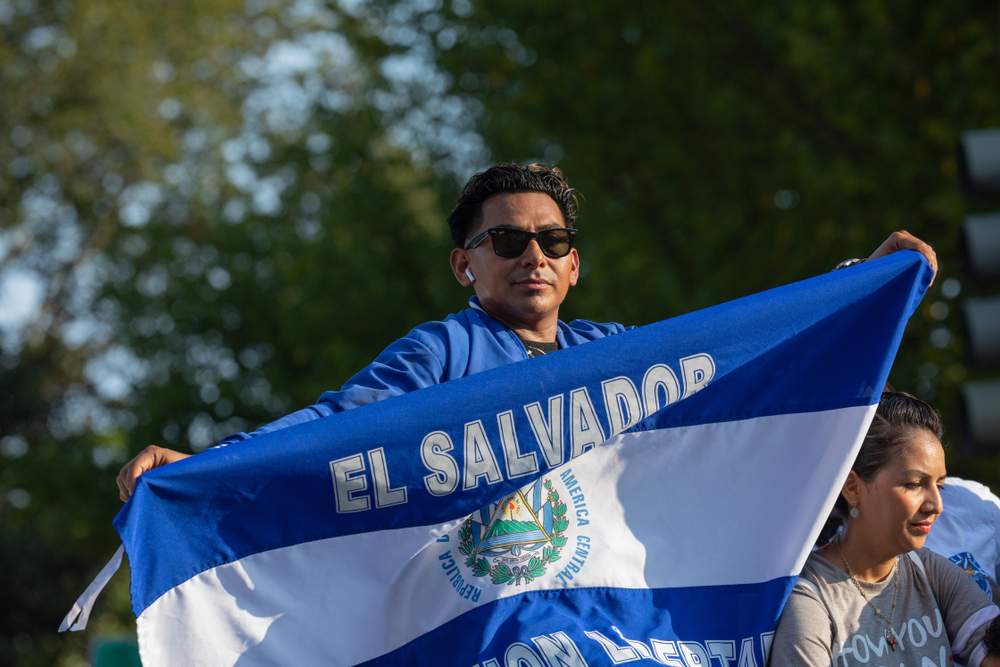 Cryptos, like bank transactions of 600 dollars or more, are basically all about criminal activity.

That sums up the uniparty take of a 12 October National Review column by Steve Hanke and Matt Sekerke.

Titled “How Innovative Is Crypto?”, the piece attempts to dissuade benighted average crypto users of the evidence of their own lying crypto wallets.

Naturally, it took all of one paragraph for William Buckley’s “heirs” to bring Moliere into the discussion:

“Like Moliere’s Mssr. Jourdain, who was surprised and delighted to learn that he had been speaking prose his entire life, readers with bank accounts may be tickled to learn that they have been using private, digital money for a long time.”

Who knew? The world was essentially using bitcoin before Satoshi Nakamoto bothered to introduce a knock-off in 2008.

Okay, Hanke and Sekerke aren’t in Buckley’s universe, or even regular NR writers.  They’re economics profs from Johns Hopkins who believe cryptos are quite unnecessary, since the Federal Reserve and banking system is flush with integrity:

“The money created by the bank exists in electronic book-entry form and generally has no physical existence. The ability to create money is a great power that understandably comes with great responsibility. To maintain a bank charter, financial institutions must comply with a vast body of law and meet stringent requirements for liquidity and capital adequacy, while facilitating tax compliance and policing money laundering and sanctions evasion.”

The quick come-down from quoting Moliere to quoting Stan Lee aside, the “vast body of law” the Feds have to comply with unfortunately doesn’t include not printing dollars whenever they feel like servicing their insane spending sprees.

True enough, Bitcoin’s coded scarcity of 21 Million that would ever be produced was not an innovation in the history of money. But given the complete abandonment of paper (and digital) dollars from a backing of something with scarcity as of 1972, Bitcoin certainly re-introduced a major criteria for sound money.  And it did so via a decentralized method and cryptography that made it highly resistant to the control of any central authority or gatekeepers.

So yeah, we’ll call that innovation #1.

As a bonus, Bitcoin introduced the ability to send fractional amounts of bitcoin directly from one wallet address to another, without any bank or controlling intermediary needed.

As another bonus, Bitcoin introduced its blockchain ledger, which in 13 years of existence, has never been successfully compromised or shut down.

After a good laugh about how Fed “digital money” is decentralized and democratic just like cryptos because different fed and banking systems are connected, the National Review writers skip over the fact that Bitcoin’s blockchain is transparent to virtually anyone who wants to take a look.

Here it is: https://www.blockchain.com/explorer.  For another example, here’s the transaction blockchain data for Monero: https://localmonero.co/blocks.

In other words, every transaction between wallet addresses can be looked up on Bitcoin’s blockchain ledger. Nothing of the kind exists with the ledgers of those banks who’ve supposedly been providing us with all the benefits of “digital money.”

The transparent verifiability of transactions on the blockchain? Innovation #4.

The Bitcoin software which allowed anyone with the requisite computer hardware to join, no permission needed, had a neat little feature which rewarded people running nodes and maintaining the network, by providing them the opportunity to earn crypto tokens from authenticating and facilitating transactions.

When was the last time the Federal Reserve or a bank allowed people to run nodes and earn dollars for helping to maintain their “digital money” network?

The laughs of the National Review article keep rolling, with an assertion that “Private, digital money is nothing new, and the ability of the dollar system to successfully handle the demands placed on it is not in doubt.”

We frankly have no idea what the authors mean by terming the Federal system private. If by private they mean that banksters, pols and associated elites retain privileges to game and profit off the whole sordid theft that the general populace doesn’t enjoy, then perhaps we could humor the use of the word “private.”

But no. Cryptos like Bitcoin and Ethereum are private, because they are not operated by the government. Tally #6 on our crypto innovation ledger.

Having magically disappeared all the aforementioned innovations, the National Review contributors get around to serving the real meat of their traditional monetary system defense, and it’s a juicy whopper indeed:

“Investments in reputations, recourse to the law, and ample collateral reduce the risk of non-performance by the clearinghouse or a counterparty using the clearings system. Failures are not impossible, but they are exceedingly rare.” 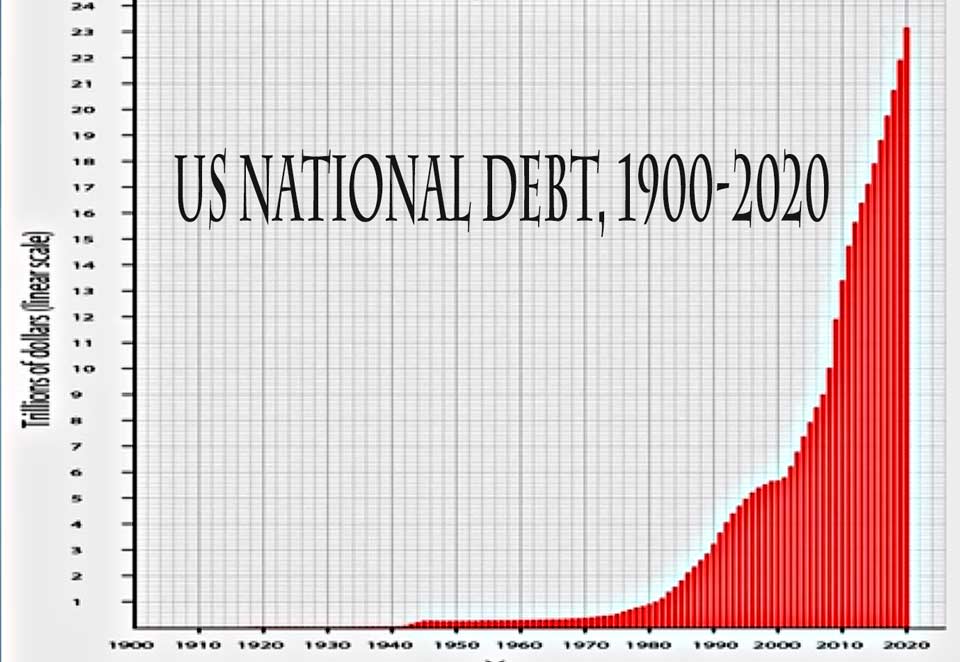 Looking at the above chart, an average reasonable bourgeois citizen might call the whole of the past 50 years of money inflation, deficit spending and debt servicing as one big gathering tsunami of failure, issuing periodic shockwaves along the way.

And from 2009 onwards, cryptos have managed to encompass both a new technological world of innovation that can create tremendous value, and a compelling answer to the rigged game of governments and financial elites the world over.

No, cryptos don’t need “recourse to laws” and the storied integrity of hallowed institutions or authorities. Users can choose to engage with projects which are maintained and reviewable by open communities, to ensure the code does what it purports to do.

The authors of the National Review article can’t seem to locate a reason why Central Americans, or users in southeast Asia, might have a use for cryptos:

“As for claims that crypto will be a boon to humanity by bringing sound money to all corners of the globe, we see no reason why crypto would be more successful in that mission merely because it is crypto. For crypto and international currencies alike, the primary barrier to wider participation is not technological, but economic: If people have little income or wealth to begin with, what will they exchange for dollars or crypto?”

In fact, wider crypto adoption has been substantially driven by relatively unbanked peoples in third world and developing regions.

After spending three-fourths of their argument telling the reader why cryptos offer virtually nothing different than the “digital money” of the traditional system, the National Review announces, well cryptos do have one major difference after all.

They facilitate users in committing crimes of transacting privately, kind of like physical currencies used to do!:

“Ultimately, crypto’s value proposition does not rest on digitalization, speed, ‘network effects,’ interoperability, or product variety: The regulated financial system already offers all these things. Its value and its claims to innovation instead rest overwhelmingly on its ability to provide end-runs around the law: that is, to transact without an identity.”

The preceding makes one wonder whether the authors have ever actually initiated a bank transfer.

More importantly, painting crypto users as bent on corruption, in face of virtually endless manipulations of the current financial system to serve the interest of elites, has a familiar stink of Uniparty hypocrisy all over it.

The National Review’s sentiments are virtually indistinguishable from Joe Biden and Nancy Pelosi’s rationale for having the IRS snoop on $600 bank transactions.

“Yes, there are concerns that some people have. But if people are breaking the law and not paying their taxes, one way to track them is through the banking measure.”

Yes, the same Joe Biden connected in a web of money and political corruption ties to the Bank of China and China’s close international banking partner, UBS Securities.

The National Review article culminates with a vague final attempted dress-down of crypto:

“We do not wish to claim that crypto is devoid of innovation, but to cut some of the more breathless claims about it down to size. Many sophisticated entities are experimenting with crypto and its associated technologies, and surely that experimentation will turn up interesting use cases.”

The authors fail to list even one of the specific crypto use cases already revolutionizing not only the financial world, but well beyond. So here are just a few: