ONE SIDE ONLY: MEDIA SELLS RUSSIA INVASION IN UKRAINE AS ‘UNPROVOKED’ 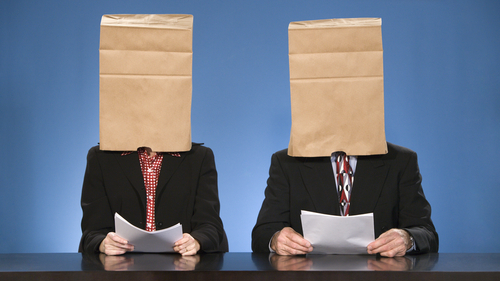 Western news outlets have framed Russia’s invasion in Ukraine as “unprovoked,” which a media watchdog says “obscures” the U.S. entanglement in the country’s history.

FAIR, (Fairness and Accuracy in Reporting) the national media watchdog group, cited the chorus of headlines that included the word “unprovoked” to describe the Russian invasion from news sources like Vox, CNBC, and Axios.

The Trends Journal has reported extensively on how the U.S. backed a coup of the democratically elected Ukrainian President Victor Yanukovych back in 2014 and ignored America’s vow not to move NATO “one inch eastward” after the reunification of Germany. (See “VICTORIA ‘FUCK THE EU’ NULAND WHO SPEARHEADED OVERTHROW OF DEMOCRATICALLY ELECTED PRESIDENT OF UKRAINE IN 2014, STILL IN POWER,” “BLINKEN BELLOWS: U.S. COMMITMENT TO UKRAINE’S SOVEREIGNTY IS ’IRONCLAD” and “PUTIN ACCUSES U.S. OF TRYING TO PULL RUSSIA INTO CONFLICT.”)

The FAIR report pointed to a column written by New York Times columnist Thomas Friedman back in May 1998 that included a quote from George Kennan, a diplomat credited for his strategy of U.S. Cold War containment:

“I think this is the beginning of a new Cold War,” he said, referring to NATO’s expansion east. “I think the Russians will gradually react quite adversely and it will affect their policies. I think it is a tragic mistake. There was no reason for this whatsoever. No one was threatening anybody else.

“Of course, there’s going to be a bad reaction from Russia and then [NATO expanders] will say that we always told you that is how the Russians are—but that is just wrong.”

But that did not stop countries like Poland, Czech Republic, and Hungary from being added to the Alliance in 1999 and then countries like Estonia, Latvia, Lithuania, Slovakia, Slovenia, and Romania in 2004.

Asserting that NATO is, in fact, in Ukraine, the article pointed to a speech by Russian President Vladimir Putin in December 2021 when he told top military officials that NATO countries “have been almost constantly present on Ukrainian territory under the pretext of exercises.”

A fact never noted in the Western media, was Putin’s criticism of the U.S. and NATO for deploying forces and weapons in Europe. He noted how a hypersonic weapon positioned in Kyiv could take five minutes to strike Moscow, and said this issue is a “huge challenge for us, for our security.”

While there are no hypersonic weapons currently in the U.S. arsenal, Putin said Washington is working on its development.

“Do they really think we do not see these threats? Or do they think that we will just stand idly watching threats to Russia emerge? This is the problem: We simply have no room to retreat,” Putin said.

The FAIR report said the U.S. media simply refuses to “present this crucial question to their audiences, instead couching Putin’s motives in purely aggressive terms.”

PUBLISHER’S NOTE: Rumor (history?) has it that the Cold War between the U.S. and Russia, which began in 1947, ended in 1991. But rather than seeking Peace on Earth and keeping relationships respectful, most of America’s politicians and all of the military-industrial complex—and their western counterparts (i.e., “allies”)—have not stopped waging the Cold War.

As we have been reporting since the end of the Cold War—from America’s Gulf War to the U.S. and NATO’s Yugoslav War, Afghan War, Iraq War, Libyan War, plus its 800 military bases in 70 countries—Russia is a minor war-mongering nation compared to the U.S. track record of killing millions and stealing trillions from its taxpayers to wage these wars.

And, as we have reported in detail since the so-called “Russiagate” was launched by the Democratic Party and its media Presstitutes immediately following Trump’s win of the 2016 election, there has not been one shred of hard evidence proving Russia interfered with the election.

Yet, the drama continues, and most people buy it, just as most have swallowed other war lies sold to them by their governments over the centuries. “Remember the Maine” that was an excuse for America to invade Cuba back in 1898? How about the Gulf of Tonkin lie in 1964 that was an excuse to start the Vietnam War? And for all of those suffering from amnesia, how about George W. Bush’s lie that Saddam Hussein had weapons of mass destruction?

As the founder of Occupy Peace & Freedom, as I see it, to keep pedaling hatred between the two nations, rather than creating movements toward peace, is morally, spiritually, and economically destructive. Indeed, as inflation skyrockets and equity markets tank as a result of America and NATO’s sanctions on Russia, people of the world are paying the price. And considering the ramping up of war talk and military actions, the worst is yet to come.

Indeed, America was an ally of Russia in World War II and would not have achieved victory when it did without them.

Yet, following World War II, Russia became its enemy, while Japan and Germany—for which over 400,000 Americans died fighting—became U.S. allies and business partners.