OMICRON WILL GET YOU! 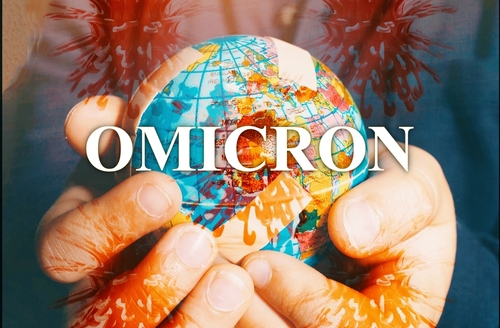 Sub Variants of the Omicron strain of the coronavirus now represent more than half of all infections in the U.S, according to the Centers of Disease Control and Prevention.

The Omicron BA 4 and BA 5 sub variants now represent more than half of all cases in the U.S.

The Trends Journal has reported extensively on the subvariant and its impact on the population. (See “PLAY SCRAMBLE: DOES OMICRON= MORONIC,” “OMICRON: WE DON’T KNOW IF VACCINES ARE EFFECTIVE, BUT YOU MUST TAKE THE JAB,” and “FU’ OMICRON. DENMARK QUITTING THE COVID WAR.”)

Top health magazines offered evidence that the Omicron variant is effective at avoiding antibodies produced from vaccines and earlier infections.

“The BA.4/5 impact is just starting to take hold, with no region of the U.S. at a dominant level yet,” Dr. Eric Topol, a professor of molecular medicine at Scripps Research and founder and director of the Scripps Research Translational Institute, tweeted last week. “It is also on a path to dominance in multiple countries in Europe, and Australia, with some attributable increases in hospitalizations.”

Get it, Don’t Die

Yet, with all the daily fear and hysteria being sold about the flood of “new cases,” those who contract the new virus are not dying from the virus.

Alex Sigal, a professor at the Africa Health Research Institute in South Africa, told Fortune in May that symptoms of the sub variants include fever, loss of smell, and malaise. He said he did not see early symptoms of respiratory distress.

“It doesn’t feel nice, but there’s less chance of dying,” he said.

TREND FORECAST: Gerald Celente had forecast since the beginning of the year that the COVID War would wind down by late March, mid-April and draconian mandates would being lifted as the once sheltered-in-place population wants to let loose, go out, dine out, travel, a spend on entertainment.

And as for the side effects of taking the Operation Warp Speed COVID Jab, see Dr. Joseph Mercola’s article: “Will Pfizer Be Charged for Mislabeling Vaccine Side Effects?”.