OMICRON: WE DON’T KNOW IF VACCINES ARE EFFECTIVE, BUT YOU MUST TAKE THE JAB 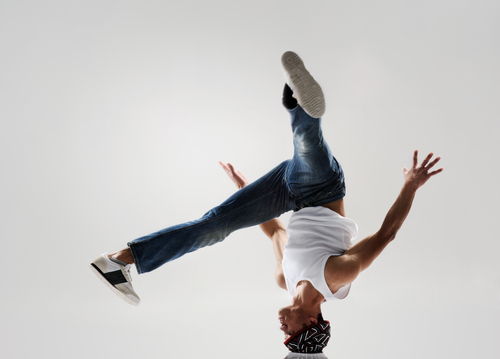 Health “officials” across the globe have admitted that it will take weeks to learn more about the COVID-19 Omicron variant but they somehow know that the mutation should further convince people to be vaccinated.

The New York Times blared the headline, “Omicron Erases Experts’ Doubts on Third Shot,” writing that before the emergence of the variant, “many public health experts” saw little benefit of healthy Americans taking a third jab. But Omicron changed all of that. The paper reported that many now believe the booster shot “may offer the best defense against the new variant.”

The U.S. Centers for Disease Control and Prevention on Monday recommended that everyone who is 18 or older take a third vaccine jab due to the “recent emergence of the Omicron variant (B.1.1.529).” They say the variant “further emphasizes the importance of vaccination, boosters and prevention efforts needed to protect against COVID-19.”

Scientists are working to better understand the new variant blamed on a significant jump in cases in South Africa. One scientist told the BBC that the variant—first publicly identified on 24 November—looked “horrific” and could be the most significant one yet. The World Health Organization called the variant a “very high” global risk.

There seems to be no consensus yet on vaccine boosters and Omicron.

Dr. Mike Ryan, a director at the W.H.O., said there is currently no evidence that would “suggest that boosting the entire population is going to necessarily provide any greater protection to otherwise healthy individuals against hospitalizations or death.”

John Moore, a virologist at Weill Cornell Medicine in New York, told The Times that “nobody should be sitting on dogma.”

“We’re reacting in a low-information environment where the consequences are potentially quite serious,” he said.

Stéphane Bancel, the CEO of Moderna, told the Financial Times that it is likely that the current lineup of vaccines will be much less effective against Omicron.

Countries have wasted little time in trying to prevent the variant—which is seen as troubling due to the number of mutations to the spike protein. (See “DELTA VARIANT=GLOBAL HYSTERIA.”)

British Prime Minister Boris Johnson has put in place a travel ban on all flights to South Africa and other nearby countries. The U.S. also put in place travel bans from countries in sub-Saharan Africa. The Wall Street Journal reported that countries in Asia have also enforced border restrictions on visitors to counter the potential spread of the variant.

President Biden’s latest orders took effect at 12:01 a.m. ET on Monday. One of the new rules is that travelers—regardless of vaccine status—must test a day before departure. The WSJ pointed out that the old rule was 72 hours for vaccinated travelers.

The president will also keep mask requirements in place at travel hubs and inside planes and buses until at least mid-March, instead of 18 January, which was previously planned.

The Lancet medical journal wrote that these travel restrictions “are unlikely to be able to stop the spread of the coronaviruses unless countries can completely seal their borders to travelers from all nations.”

Dr. Paul Offit, the director of the Vaccine Education Center at Children’s Hospital of Philadelphia and an advisor to the FDA, told the FT that it is a false perspective to believe that antibodies are the central aspect of immune systems.

Although he would be concerned if more vaccinated individuals were hospitalized with the Omicron variant, he said if the goal is to protect against even the most minor illness, “we’re going to be boosting until the day we die.”

Soumya Swaminathan, the W.H.O’s chief scientist, told the Reuters Next conference that it is a keen possibility that Omicron could replace Delta as the dominant variant. Health officials have said the mutations of the spike protein could “make it less susceptible to neutralizing antibody activity and possibly as transmissible as or more transmissible than the Delta variant.”

Biden has said the variant is nothing to panic about at the moment, but has imposed new testing rules for international travelers and extended the transportation mask mandate. (See “FACE MASKS: ENOUGH ALREADY,” “MORE SADOMASKISM,” and “MASKS OR NO MASKS? SCHOOLS, NOT SCIENCE, WILL DECIDE.”)

The Transportation Security Administration announced that masks will continue to be mandated on planes, which is a joke. The rule allows those who are eating or drinking to remove their masks. This means that every time flight attendants bring around crackers and soda, passengers all take their masks off at exactly the same time. The Federal Aviation Administration announced that it has received about 3,889 unruly passenger reports this year, and about 75 percent of them were tied to the mask mandate.

TRENDPOST: The banksters at JPMorgan are bullish on the Omicron variant.

Two strategists from the bank wrote in a note to clients that—although there is little known about the variant—cases appear to be mild. Marko Kolanovic and Bram Kaplan say if the trend continues the new variant could essentially crowd out more severe variants and be one step closer to the virus becoming nothing more than a seasonal flu.

“If the market works to anticipate that scenario—Omicron could be a catalyst for steepening (not flattening) the yield curve, rotation from growth to value, selloff in COVID and lock down beneficiaries and rally in reopening themes.”

Dr. Albert Bourla, the CEO of Pfizer, told the BBC—shortly before the new variant was identified—that there will likely need to be a “high level of protection” in the population for years to come. The drug company said it will have a new vaccine tailored for the Omicron variant within 100 days. The report said Pfizer will pull in at least $35 billion in vaccine sales this year. (See “TAX DOLLARS BOOST DRUG DEALER PROFITS,” “MORE BOOSTER JABS MORE WINDFALL PROFITS FOR DRUG LORDS.”)

Bourla faced criticism from some charities that said the company is putting profits over morals, and pointed to the discrepancies of vaccine access between rich and poor countries.

He told the BBC that “the bottom line is millions of lives were saved,” and his company saved the global economy trillions of dollars. (See “THE COVID-19 PANDEMIC IN A TIME OF MORAL AND SPIRITUAL BLACKOUT.”)

“But people will see that if they step up to the game, to bring something that saves lives and saves money, there is also financial reward,” he said.

Kimberley A. Strassel, a columnist for The Wall Street Journal, recalled the time when candidate Biden vowed that—if elected—he will “beat” the virus.

“If there’s one thing a weary world has realized, it's that there's no beating a highly transmissible respiratory disease. Vaccines Prevent serious disease, but they don't stop transmission. No amount of masking, social distancing or locking down has stopped the surges of the past six months, including in states like Michigan and New Mexico, which boasted about their restrictions. The virus doesn't follow executive orders.”

As of early Sunday, the Omicron variant has been detected in 38 countries and there has not been a single death recorded. Health officials say the new variant is quickly spreading and may cause more than half of Europe’s cases in the next few months, potentially dragging the global economy.

“Even before the arrival of this new variant, we were concerned that the recovery, while it continues, is losing somewhat momentum,” Kristalina Georgieva, the head of the International Monetary Fund, said.