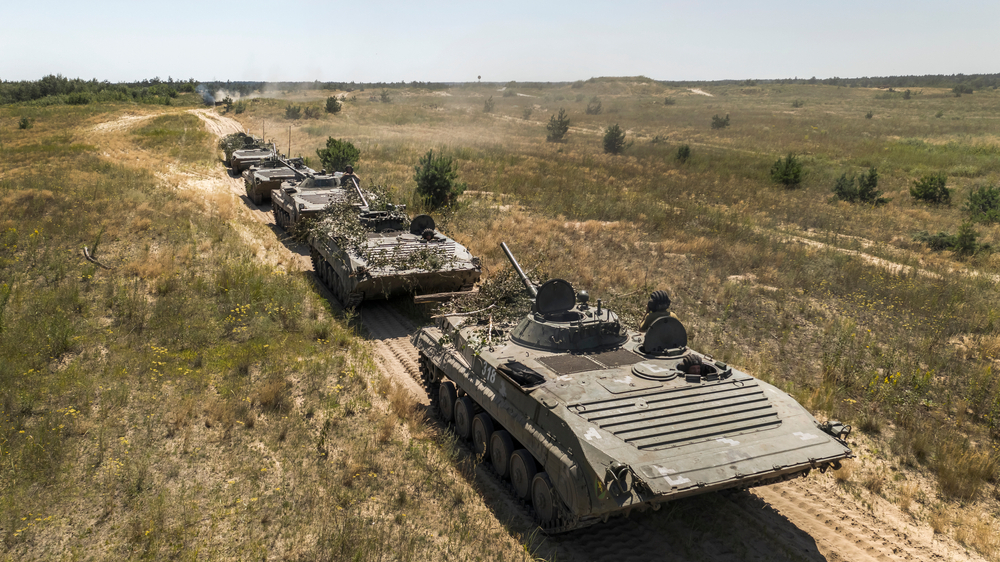 Former President Barack Obama said Friday that there is no question that the Ukraine War is going to continue to drag on; he didn't know who would win.

Barack Obama—The Nobel Peace Prize winner who launched the Afghan “troop surge,” was instrumental in launching/supporting the Syrian, Libyan, and Yemen wars—and is quoted in the book “Double Down” that “I’m really good at killing people” in reference to his drone strikes that murdered thousands—wants to keep bloodying the Ukraine killing fields.

A speaker at the Copenhagen Democracy Summit on Friday, he said that although the war's trajectory is still undecided, Western countries should continue to support the Ukrainian cause:

"The costs will continue to mount, the course of events...are hard to predict. And our support for Ukraine must remain strong, steadfast and sustained until this conflict reaches a resolution."

TRENDPOST: Obama did not make clear what “costs” he was referring to: the cost of funding the war or the cost of lives?

It is not surprising that if you closed your eyes for a moment, Obama’s comments about Ukraine sound like they could have been spoken by anyone in the Biden administration. That’s because Biden’s team is comprised of old Obama retreads who’ve already failed in their previous roles. (See “BIDEN PRESIDENCY= OBAMA 2021.”) Essentially all of Biden’s players making decisions on Russia served under Obama in lesser roles, but, luckily for them, in Washington, you fail your way up in politics.

Obama’s comments came as the UN Food and Agriculture Organization (FAO) warned that the conflict, which is over three months old, threatens to inflict more food crises in many parts of the world due to the surge in food prices.

The FAO identified those in sub-Sahara as most vulnerable.

“This year's food security crisis is about access,” Boubaker BenBelhassen, the director of the FAO's Markets and Trade Division, said. “Next year, because of the expected or the lack of availability in the higher cost of imports, in particular for fertilizer and fuel, the concern could be about lack of availability—in other words, lack of food.”

He said there’s enough food to feed the hungry, but the war in Ukraine is preventing the stockpiles from being exported.

“From our estimation, we see that depending on how much this leads in terms of deficit or gap or reduction in export availability for those with commodities from both Ukraine and Russia, it could lead to anywhere between 11 to 19 million more hungry people. But that is chronic hunger for 2022-2023.”

"The shortage of foodstuffs will inexorably lead to political chaos, which can result in the (collapse) of many governments and the ousting of many politicians," he said.

TREND FORECAST: Zelensky finally said something that we can agree on. Yes, world leaders will face the wrath of their countrymen when there is no more bread to provide for their families and there will be anarchy in the streets.

Poorer countries are most vulnerable to these food shortages, but as the war drags on, leaders from richer countries will begin to face pressure.

Ukraine is a major exporter of wheat, corn, and cooking oil. Its’ inability to plant, grow, harvest, and ship those products is spiking food prices across Africa and the Middle East, which depend heavily on Ukraine’s exports, and driving food inflation around the world.

Because of Putin’s war, Ukraine’s productive capacity has been damaged for years to come, and it will take at least two years for other countries to replace Ukraine’s lost food crops and industrial production.

TREND FORECAST: As economic conditions dramatically deteriorate, people will take to the streets in protest of lack of basic living standards, government corruption, crime and violence.

Civil and regional wars will erupt. And, the more people that flee their countries for safe haven nations, the stricter anti-immigration rules will be imposed and the greater the number of anti-immigration populist parties will be formed.

The “New World Disorder” trend that we had forecast over two years ago will go global... hitting both developed and emerging market nations.