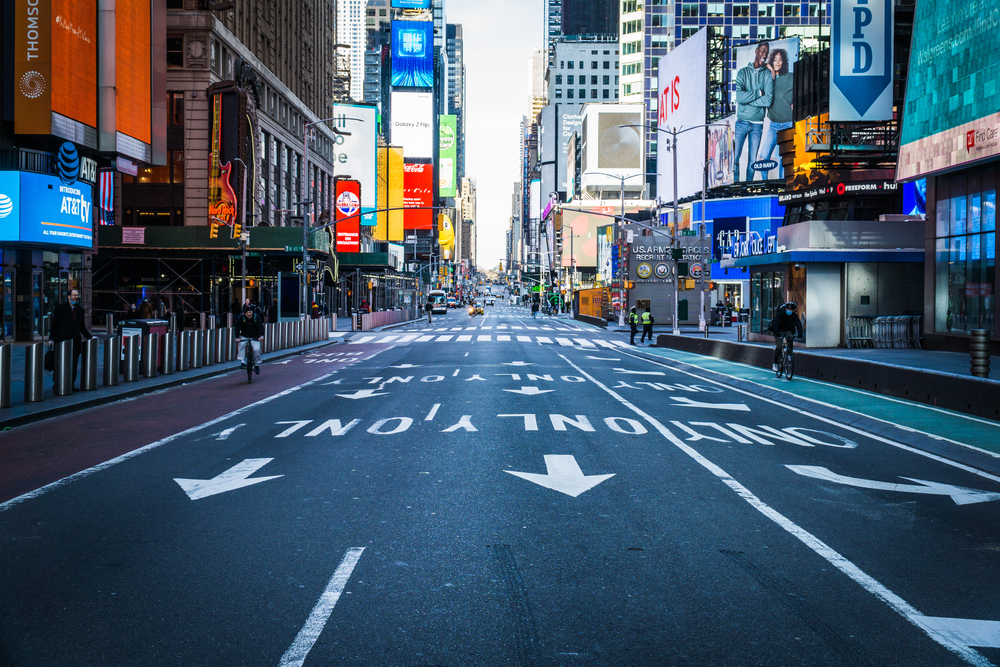 In terms of lost jobs and economic downturns suffered in the COVID War, New York City, with 80 percent of Manhattan residents fully vaxxed, is suffering one of the deepest slumps of the major cities in America.

While the rest of the nation has regained 9 out of 10 jobs lost since the COVID War began, NYC has regained fewer than 6. So says an article in The New York Times on 14 December, which reports that the city's tourism and hospitality industries have been the hardest hit, and are responsible for NYC lagging behind the rest of the nation in recovery.

Across the U.S., nearly six million jobs have been added since the beginning of 2021, and the unemployment rate has fallen to 4.2 percent. But in NYC, where thousands of businesses shut down and a million people became unemployed in the first months of the COVID War, the city has added back only a little over half the jobs it lost, and the unemployment rate still stands at 9.4 percent, more than twice that of the rest of the country.

One factor in that high unemployment rate is people dropping out of the job market, a nationwide phenomenon that is apparently hitting NYC harder; see "LOW JOBLESS CLAIMS, LESS WORKERS: THE GREAT RESIGNATION" (14 Dec 2021).

For NYC, the COVID War brought on the worst financial crisis since the Great Depression. In June 2020 the unemployment rate hit 20 percent, and nearly every industry still has fewer people employed now than in March of 2020, when the COVID War began.

For some, the COVID War merely ramped up a negative trend that was already underway. Retail shopping, for example, was already impacted by the rise of online shopping; see "BLACK FRIDAY IN-STORE SALES CRASH, ONLINE SALES SOAR" (1 Dec 2020).

But it was the rather sudden disappearance of millions of tourists and commuting office workers—the lifeblood of so many NYC businesses— that caused over 100,000 of the city's bar, restaurant and hotel jobs to evaporate, along with some 60,000 jobs in the retail, entertainment and recreation industries.

According to the state comptroller's office, under normal conditions NYC's tourism industry accounted for almost a quarter-million jobs; by the end of 2020, that number had been reduced by about one-third. Almost all the city's tour guides, for example, were laid off and as yet have not been re-hired.

And while the re-opening of Broadway theaters and high vaccination rates have aided in the city's recovery, all that is now threatened by the specter of a new COVID variant, Omicron, bringing back restrictions that keep people hunkered down at home.

The union representing more than 30,000 of the city's hotel workers still has thousands of members who have been unemployed for two years; the union is counseling them to find work in other fields, but matching the pay and benefits they had enjoyed isn't proving easy.

The NYT article cites, as an example, a hotel bartender for 35 years who is now living on money borrowed from his own retirement funds while waiting to see if his job, or a comparable one, will ever come back.

With office occupancy rate at around 31 percent, on the subway front, weekday ridership is 60 percent of what it used to be before the COVID War in 2019.

TRENDPOST: So, what's the point? This is all simply more proof, as if more proof were needed, of what Trends Journal has been saying since this all started: that the economic and societal toll of the COVID War—the impact on lives and livelihoods—will, in the long run, far exceed the death and suffering wrought by the disease itself, especially since so many impacted by the precautions against the disease were never really at risk from the disease.