NOT A PROXY WAR: U.S. AT WAR WITH RUSSIA, PENTAGON WILL PROVIDE UKRAINE MILITARY AID FOR ‘YEARS’ 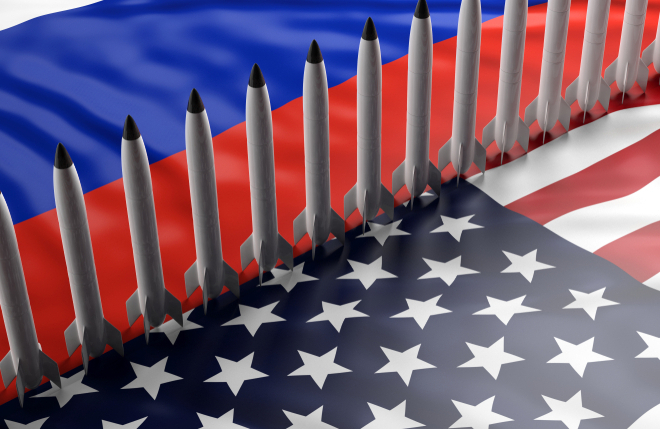 Having sent some $56 billion to Ukraine since the war began on 24 February, the Biden administration has repeatedly promised it would do all it can to prop up the Ukrainian government and essentially fund its war with Russia until Russia is defeated and President Volodymyr Zelensky decides it is time to negotiate.

Despite the Western media calling the Russian invasion a failure, they now control over 20 percent of Ukraine. Yet, Zelensky refused to negotiate with Moscow and last week reiterated that he will not accept any peace deal if it means carving out some land for Russia.

Appearing on the Cartoon News Network (CNN), Zelensky said "Ukrainians are not ready to give away their land, to accept that these territories belong to Russia. This is our land... and we are intending to prove it."

Following Zelensky’s statement that "United States are helping Ukraine, helping a lot, but it's not enough in order to win,” President Joe Biden announced that he ordered an additional $400 million in new weaponry be sent to Kyiv, including four more High Mobility Aircraft Rocket System, or HIMARS.

Part of Biden's package will include enhanced ammunition, which will help Ukrainians target Russian assets up to 50 miles away. (See “WARMONGERS ON PARADE: WEST SENDS MORE WEAPONS TO UKRAINE TO KEEP THE KILLINGS GOING,” “BIDEN KEEPS WAR DRUMS BEATING, ANNOUNCES ANOTHER $1B IN WEAPONS FOR UKRAINE,” and “WEAPONS POURING INTO UKRAINE, NO TALK OF PEACE, JUST MORE AMMUNITION.”)

A Pentagon official told RT that Ukrainians have been successful in using these systems to strike “Russian locations in Ukraine, deeper behind the front lines, and disrupting Russia's ability to conduct that artillery operation.”

Reports said U.S. troops have trained about 100 Ukrainians on how to use these systems and they will continue to train them at a location outside the country.

“We will continue to train them because we see this as a sustained battle,” an official told The Associated Press, pointing out that HIMARS training usually takes about a week to complete.

The announcement of the new military assistance came shortly after Russia claimed control of Luhansk province in the Donbas, the AP reported. Some Ukrainian officials told the outlet that fighting continues in the province.

“I think we need to be determined and continue to support Ukraine,” Sen. Chris Coons (D-DE) told The New York Times. Coons, a member of the Senate Foreign Relations Committee, said,  “Exactly how long this will go, exactly what the trajectory will be, we don’t know right now. But we know if we don’t continue to support Ukraine, the outcome for the U.S. will be much worse.”

Avril D. Haines, the director of national intelligence, said last week that Putin’s goal is “effectively the same political goals that we had previously, which is to say that he wants to take most of Ukraine.”

TRENDPOST: Gerald Celente has said that the U.S. and NATO are already at war with Russia, but it will not be official until a nuclear bomb goes off. Russia has warned of “unpredictable” consequences if the U.S. provides advanced weapons to Ukraine.

Despite all of America’s tough talk, Gerald Celente has pointed out that the American military has not won a war since WWII and has been stacking up defeats, including the recent retreat from Afghanistan. (See “DUH! PENTAGON SURPRISED BY CHINA’S TEST OF HYPERSONIC MISSILE,” “PENTAGON: TARGET CHINA” and “U.S. ‘ALREADY LOST’ AI WAR WITH CHINA, PENTAGON’S FORMER SOFTWARE CHIEF SAYS.”)

Yet, as they have since the end of World War II, Washington and their Presstitutes will continue their fear and hysteria Cold War rhetoric to frighten its masses while enriching the military manufacturing mob.