NOT A PENNY FOR PEACE FROM BILLIONAIRES: MUSK SAYS RUSSIA CAN’T TAKE OVER UKRAINE 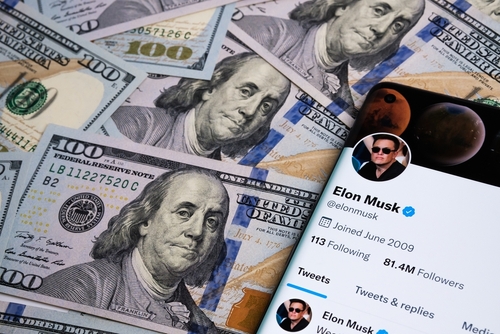 Elon Musk, the billionaire founder of Tesla, has been an outspoken critic of Russia’s invasion of Ukraine, but instead of using his sizable influence to bring the conflict to a peaceful resolution, he’s willing to be provocative from the sidelines.

“I think I can be helpful in conflicts,” Musk said, according to The Street. “I try to take a set of actions that are most likely to improve the probability that the future will be good. And, obviously, sometimes I make mistakes in this regard. I do whatever I think is most likely to ensure that the future is good for humanity. Those are the actions that I will take.”

Musk is not the only billionaire to talk about the Ukraine War and its risks. Last month, Ray Dalio, the hedge fund billionaire, said Russia is likely to be the “lesser loser” in the conflict due to economic pressures.

Dalio mentioned on a LinkedIn post that Russia would be the lesser loser if it ends up controlling the Donbass and maintains its footing on the world stage.

Bill Ackman, another hedge fund billionaire, said in February that U.S. troops should be ready for war.

“I hope Russia stops this onslaught, but I don’t see how Putin saves face,” he tweeted four days after Russia’s invasion. “We need to be prepared for what comes next, which means we need to start thinking about intervening militarily. Isn’t it time we set a real red line?”

He continued, “We can’t sit back and allow hundreds of thousands of Ukrainians and perhaps millions to die. I don’t want to live in that world and you don’t either. @POTUS, it is in your hands. You can fix the errors of the past and protect our future. With all due respect Mr. President, the time is now.”

Musk has provided Ukraine with a Starlink internet connection and he even challenged Putin to duel.  Dmitry Rogozin, the head of the Russian space agency Roscosmos, wrote last May that Musk’s decision to provide Starlink has supplied “fascist forces in Ukraine with military communications. And for this you will have to answer in an adult way, Elon, no matter how you turn on the fool.”

Musk responded, “If I die under mysterious circumstances, it’s been nice knowin ya.”

TRENDPOST: Gerald Celente has noted that there is zero talk of peace anywhere in the mainstream press because of the overwhelming propaganda. Russian President Vladimir Putin must be defeated and Ukraine must have access to an unlimited supply of weapons, no matter the cost is the only message allowed.

Celente, who founded Occupy Peace in 2014, held a major Peace and Freedom Rally last month, calling for an end to the bloody, destructive Ukraine War.

But the movement has been blacklisted from the Western media and has not received a penny from billionaires or millionaires. (See the substack article here.)

Celente said Ukraine should negotiate for a peaceful resolution, promise it will not join NATO and abide by the Minsk agreement that it had signed with Russia.