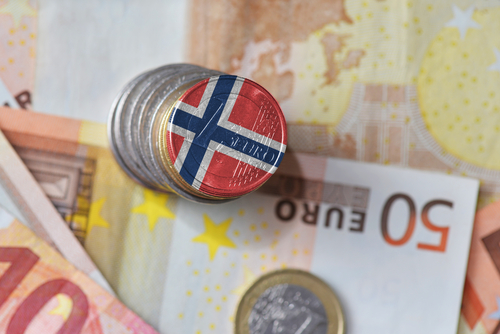 On 23 June, Norges Bank boosted its base interest rate by a half-point for the first time in almost 20 years, lifting it to 1.25 percent.

“Prospects for a more prolonged period of high inflation suggest a faster rise in the policy rate than projected earlier,” bank governor Ida Bache said in a statement announcing the rate increase.

“A faster rate rise now will reduce the risk of inflation remaining high and the need for a sharper tightening of policy further out,” she added.

Inflation in Norway reached 5.7 percent in May, according to Statistics Norway.

The country on the North Sea is collecting windfall income from oil sales, unemployment is minimal, and the economy has little spare capacity, the bank pointed out.

Norway’s economy will grow by 3.5 percent this year, the bank predicted, slightly reducing its previous forecast.

Earlier this month, the Swiss National Bank boosted its key interest rate by a half-point to -0.25 percent and the Czech Republic’s central bank jacked its base rate by 1.25 percentage points to 7 percent.

The rate hikes have quickly followed the U.S. Federal Reserve’s addition this month of a half-point to its rate.

TREND FORECAST: Norway is banking on its oil revenues to keep inflation from damaging its economy.

However, as oil prices soften amid a global economic slowdown, the central bank will have to lift rates again to keep ahead of Dragflation, when prices keep rising as economic activity throttles down.