NORDIC NATIONS: NO MODERNA JAB FOR THE YOUTH 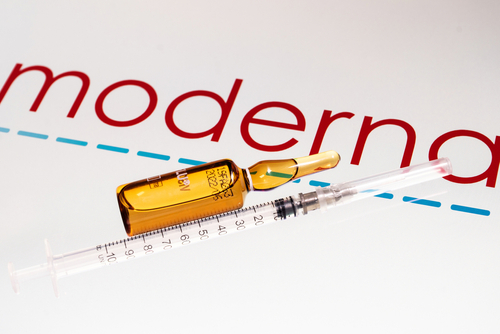 “Men under the age of 30 should also consider choosing Cominarty when they get vaccinated,” Geir Bukholm, head of infection control at the Norwegian Institute of Public Health, said in a statement.

The Trends Journal has reported on the concerns of vaccine side effects, and point to the fact that younger people have nearly no risk of serious infection from the COVID-19 virus.

TREND FORECAST: While there are concerns about the vax’s life-threatening implications, totally absent in the reporting is the true lack of knowledge of the negative side effects and who it hurts the most. This is clearly illustrated by the age groups each nation says should, or should not, get the jab... is it under 18 or under 30 years of age?

Thus, as the COVID War continues, absent scientific evidence and hard data, governments will do as they wish to fight the coronavirus.

TRENDPOST: These vaccine mandates have been issued despite lingering questions about the safety of the vaccine in young people, who have very little chance of serious illness if infected with COVID-19 as reported in our December 2020 article, "COVID VACCINE: SCIENTISTS WARN 'CAUTION'," or our 19 January 2021 article, "COVID-19 VACCINES: TRACKING ADVERSE HEALTH EFFECTS."

TRENDPOST: As we have reported, the “Operation Warped Speed” vaccine has been rushed to market with no data to assess long-term negative effects.

And we had forecast that regardless of the efficacy or danger of the jabs, there would be a big vaccination push since Wall Street and politicians kept declaring that the economic recovery would be based on mass COVID vaccination of the population. Indeed, the word on The Street was that the slower the vaccine rate, the longer lockdowns would persist and the further economies will fall.

The New England Journal of Medicine found that males between 16 and 29 were at an increased risk of developing heart issues after receiving the second jab from both Pfizer and Moderna vaccines. The report found that about 11 out of 100,000 males in the age group came down with the ailment after receiving the second jab. The most impacted were boys from 16 to 19, The New York Times reported.

The paper pointed out that the Centers for Disease Control and Prevention still recommends the shot for the age group and said out of every million vaccinated in the age range, these shots are preventing 215 hospitalizations and two deaths. About 70 will come down with the heart infection out of the million.

There are also new concerns about the effectiveness of these vaccinations. Pennsylvania's Department of Health statistics showed that those fully vaccinated accounted for 5,000 hospitalizations across the state from 5 September to 4 October.