NO FREEDOM IN NETHERLANDS 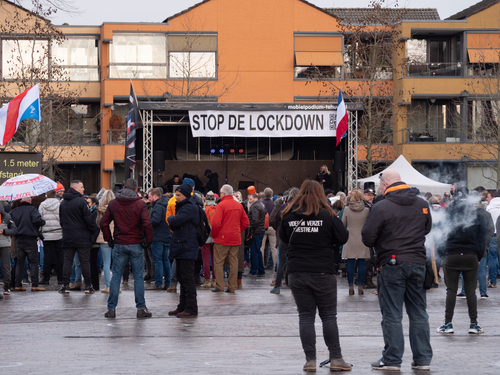 Mark Rutte, the Dutch prime minister, announced Saturday that the Netherlands will enforce a new nationwide lockdown to stop the spread of the Omicron variant in the country.

He called the new restrictions that close bars, restaurants and other non-essential shops—“unavoidable,” according to the Financial Times.

“We have to intervene now to prevent it from getting worse,” he said. He said if the government did not act, they would face an “unmanageable situation in hospitals."

The lockdown will span over both Christmas and New Year holidays, lasting until 14 January. Reuters reported that all schools will be shut until—at the minimum—9 January. The country will allow two guests—13 years old or over—per household and four during the holidays. Rutte justified his decision by saying the country needs to brace for its fifth wave of infections.

The BBC reported that residents have been urged by the government to stay home as much as possible during the lockdown.

“I can hear the whole of the Netherlands sighing,” Rutte said. “This is exactly one week before Christmas, another Christmas that is completely different from what we would like.”

TRENDPOST: Reuters reports that 85 percent of the Netherlands population has received their first two jabs, but only nine percent of adults in the country have received the booster, which health officials now say is key to preventing serious illness when it comes to Omicron.

Long forgotten is the drug dealer hype that the COVID Jab would have an 96 percent efficacy rate. Now it's three Jabs will do the job... but as we have reported, even those who have had three shots are getting the virus.

Furthermore, the little boys and girls playing Presstitutes, politicians and “health officials” no longer spew their crap of herd immunity now, that in nations like the Netherlands, the “herd” should be immune. And these are the same propagandists who now ignore what America’s #1 top infectious disease bullshit artist Anthony Fauci declared back in May 2020... that the herd would reach immunity at 70 percent. See, “NO HERD IMMUNITY FOR THE HERD,” 17 Aug 2021; “HERD IMMUNITY HERESY: LIES AND DAMN LIES,” 12 Oct 2021.