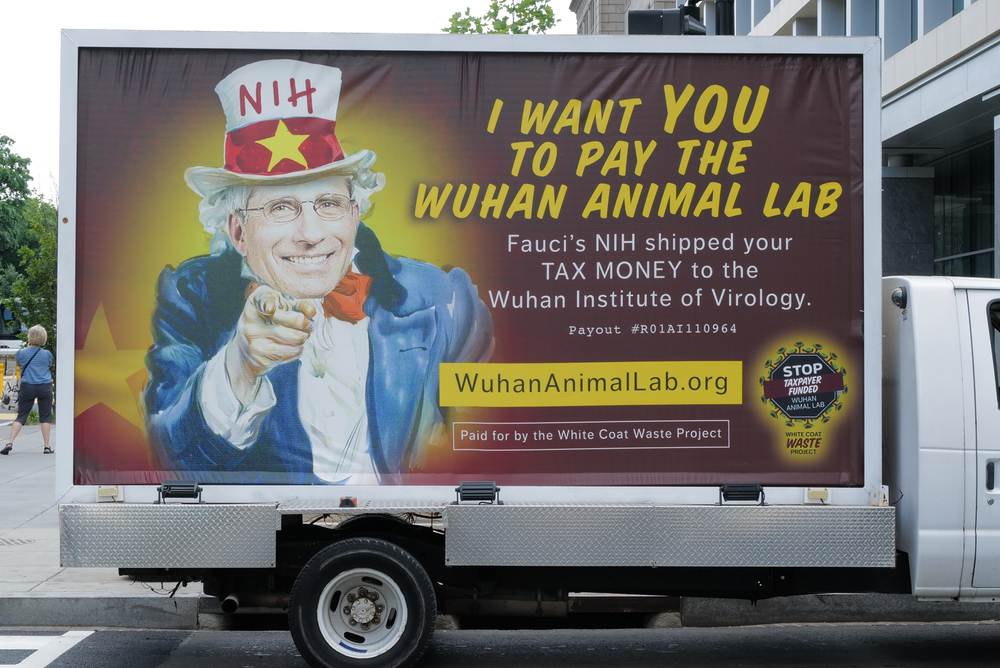 The wall protecting the Chinese U.S. politicians and scientists about the origins of the COVID virus continues to crumble.

Late last week, David Asher, a former State Dept. lead agent looking into the issue, told Fox News there was no credible evidence supporting a natural origin for COVID-19. What’s more, Dr. Anthony Fauci appeared to be leading efforts to steer a false narrative that helped the Chinese – and possibly his own role – in the disaster.

"We were finding that despite the claims of our scientific community, including the National Institutes of Health and Dr. Fauci's NIAID organization, there was almost no evidence that supported a natural, zoonotic evolution or source of COVID-19. The data disproportionately stacked up as we investigated that it was coming out of a lab or some supernatural source."

Asher is an investigative specialist, and his comments add to the flood of evidence that has broken through the media and medical establishment’s version of events promoted almost since the pandemic began.

For the past year, the MSM and Big Tech social platforms, along with the WHO and the U.S. medical establishment, had virtually barred any suggestion that COVID may have come from a Wuhan bio lab.

But alt media including the Trends Journal, Zerohedge, and others have reported on the contrary mounting evidence. Among politicos, Senator Rand Paul has stood almost alone at times in his dogged pursuit of Dr. Fauci’s links to the Wuhan lab.

At a hearing a few weeks ago, the wall around Fauci’s narrative cracked in exchanges with Paul. Even mainline news outlets were forced to take notice, and, since then, the media and political blockade on evidence supporting a lab origin of the virus has lifted.

Even the Biden administration has been forced to reverse their squashing of a Trump-appointed investigation into the Wuhan lab. Biden announced a new 90-day review of the evidence surrounding the issue.

Even without that investigation, there's plenty of evidence supporting the likelihood that the COVID pandemic was engineered, and not a natural disaster. And very little science behind other possibilities.

Asher told Fox News the odds of a natural origin for COVID-19 were very long.