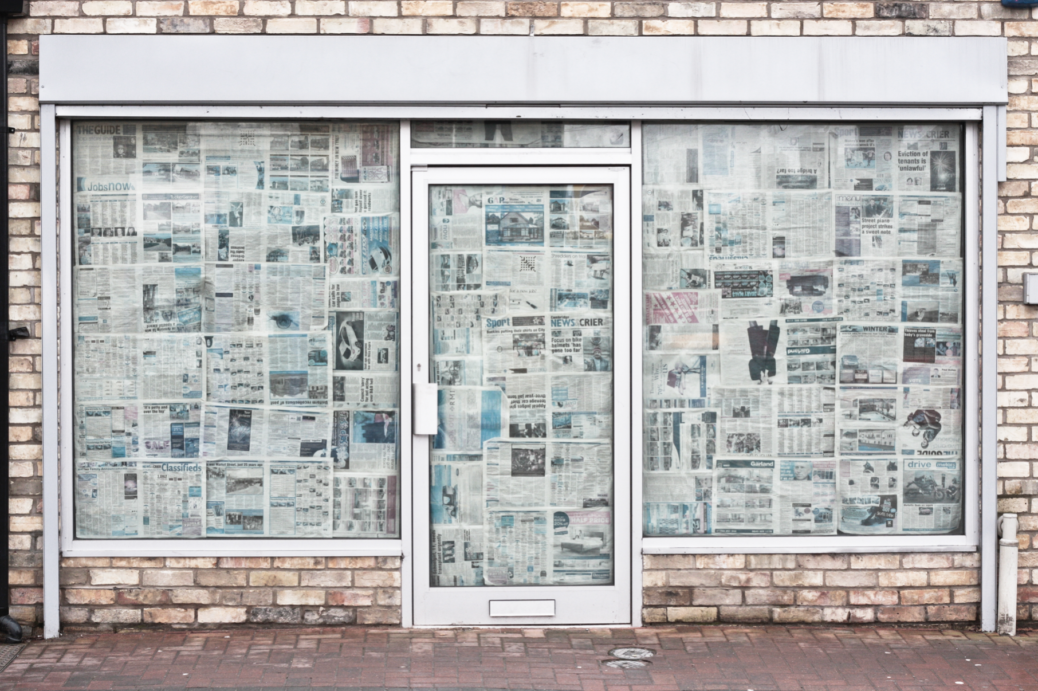 McClatchy Co., which owns 30 newspapers including the Kansas City Star and Miami Herald, filed for bankruptcy on Thursday, with debts of $1.6 billion and assets of $703 million.

The McClatchy family is ceding control of the 163-year-old publishing company to Chatham Asset Management, the hedge fund that owns the National Enquirer and its parent, American Media Inc., as well as several other tabloids. Chatham will take McClatchy private.

Under the deal’s terms, McClatchy will erase its pension liabilities and restructure its debt, burdened by the company’s 2006 purchase of Knight Ridder and its 32 newspapers, some of which have since ceased operations.

Alden Global Capital, another hedge fund, owns 50.1 percent of Digital First Media, a conglomerate that owns more than 50 U.S. newspapers, including the Denver Post and the Boston Herald. Alden also recently upped its ownership share of the Chicago Tribune’s parent company to 32 percent, making it the largest shareholder.

The fate of newspapers controlled by hedge funds with reputations as “vultures” known to be relentlessly profit-oriented, is dark.

In a cautionary tale, in 2007, billionaire takeover investor Sam Zell and his Equity Group Investments bought the Tribune Company, parent of the Los Angeles Times and several other papers, for $8.2 billion, 96 percent of the price in leveraged debt which used employees’ pension fund as partial collateral.

Less than a year later, the Tribune Company filed for the largest bankruptcy in American media history and 4,200 people lost their jobs.

McClatchy is the latest casualty in an industry that has seen print ad revenues vanish and has been unable to find a way to replace that income online.

“Technological change is destroying newspapers in America, including little ones like ours,” Charlie Munger recently told a meeting of shareholders of the Daily Journal, a California legal news outlet.

“The revenue goes away, the expenses remain, and they’re all dying,” he added.

Munger noted that newspapers have been an informal arm of government, monitoring public officials’ behavior, analyzing policy and proposed laws, and exposing corruption.

He continued, “It’s not a good thing in America that we lose… our daily newspapers and get back Rush Limbaugh [the right-wing radio personality to whom Donald Trump awarded the Medal of Freedom].”

Munger reminisced about the higher quality of television news in earlier decades when long-time CBS anchorman Walter Cronkite was known as the “most trusted man in America.”
“Cronkite is gone” and “we have these clowns on the opinion service lying to us and they’re really good at it,” he said. “The ability to mislead people is greatly underestimated.”

TREND FORECAST: With more of the news media consolidated and with thousands of former journalists out of work, there are very few “feet on the beat” to report what in the world is going on in a village, town, city, state, and country near you.

While the Internet provides a wide array of information sources, without reporters providing hard facts and data, the depth of coverage is limited. Therefore, the lack of knowledge among the general public of the true current events forming future trends will be further limited, dumbing-down society to yet lower levels.