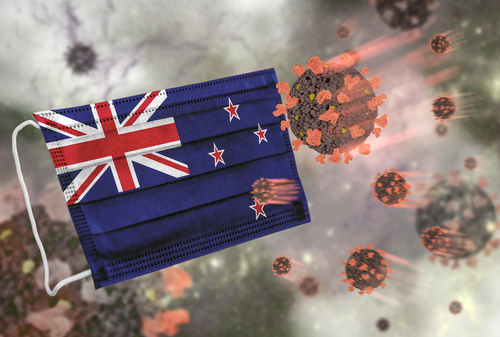 Maybe she just has cold feet?

Jacinda Ardern, the prime minister of New Zealand, who imposed some of the strictest COVID War mandates in the world, said she will cancel her wedding to prove that she is “no different” than others in the country who are facing new COVID-19 restrictions.

“I am no different to, dare I say it, thousands of other New Zealanders who have had much more devastating impacts felt by the pandemic, the most gutting of which is the inability to be with a loved one sometimes when they are gravely ill. That will far, far outstrip any sadness I experience,” she said, according to the BBC.

The report said her office announced the new restrictions—which go into effect midnight on Sunday—after a cluster of nine Omicron cases were confirmed.

Under the new guidelines, hospitality venues will have capacity capped at 100 vaccinated people or 25 if vaccine passes are not required, the BBC said.

Arden has been responding to the virus as though it is endemic and has stopped trying for a COVID-free strategy. (See “NEW ZEALAND: ‘FREAK-OUT’ TIME” and “NEW ZEALAND GOES NUTZ.”

TRENDPOST: The 41-year-old prime minister, who plans on marrying TV Presstitute Clarke Gayford, put the country of 5 million under the “red setting,” which essentially limits the size of gatherings.

The country’s borders have been largely closed to foreigners since March 2020. Having been forced into numerous lockdowns and ongoing mandates imposed upon the citizens by the Prime Minister since the COVID War began two years ago, the grand total of 52 people in New Zealand died of the virus.

And did they die from COVID, or did they have COVID and die from something else such as old age, preexisting comorbidities, car accident, etc.?

According to the New Zealand Ministry of Health those listed as dying from COIVD, “Includes all cases that died who were classified as an active case of COVID-19 at the time of death. In some of these cases, the underlying cause of death may have been unrelated to COVID-19.”

As for the Anthony Fauci bullshit about herd immunity at 70 percent, See “NO HERD IMMUNITY FOR THE HERD” (17 Aug 2021), forget about it!

TREND FORECAST: Keeping the borders closed to tourism until possibly late February, citizens from Australia and the Cook Islands are among those only permitted to enter the country, by air or sea.

We forecast that when the COVID War begins to wind-down late March, mid-April, there will be a sharp boost in global tourism.

However, there are still significant percentages of un-vaxxed.

Thus, after the big spike, there will be a downward drift of lost business of potential customers who are not permitted to travel since they lack the COVID Jab pass.