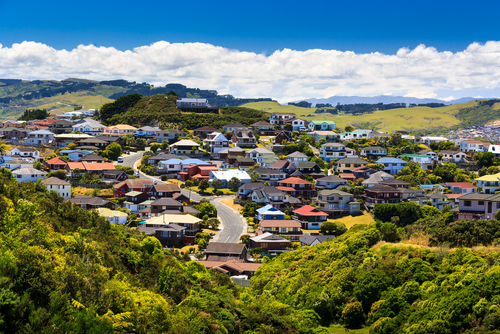 The island nation has experienced one of the world’s biggest home price booms, which now is weakening as the country’s central bank continues to raise interest rates.

The Reserve Bank of New Zealand began bumping interest rates up last October. From a rate of 0.25 percent, it has lifted the rate to 2 percent now, including a half-point jump in May, as the bank struggles to tame a 7-percent inflation rate.

The bank has said its key interest rate is likely to double to 4 percent this year and remain at least at that level beyond 2023.

As a result, “house prices in New Zealand are tumbling and all signs point to further deterioration in the months ahead,” economist Ben Udy at Capital Economics said in an FT interview.

House prices will fall 20 percent, Udy predicted, a reduction that would take them back to 2020 levels.

Some inside the industry see a more dire future.

The higher interest rate will cut the number of sales by 40 percent this year compared to last, real estate agency Barfoot & Thompson has projected.

“The real risk is that consumers slash spending dramatically to protect the wealth that the housing boom and low [interest] rates helped create,” the FT said.

In New Zealand, “consumers are more sensitive to house prices than they are in other places,” Udy noted.

Will other nation’s housing markets follow New Zealand’s down?

“The rate of price growth will just dip and soften over the next few months,” she believes.

“New Zealand is a canary in the coal mine,” CoreLogic economist Kelvin Davidson told the FT. “It’s a test case for a central bank to push up rates to deal with inflation as house prices are soaring.”

TREND FORECAST: As we have noted many times, the higher interest rates rise, the further housing markets will fall.

Exactly how far they fall depends on the locale.

In Europe, Japan, and the U.S., there is little available land for housing tracts to be built. Land that is available is expensive, which would drive up the cost of houses built on it, not reduce costs nationwide.

Broadly speaking, land is more plentiful south of the Equator. That offers the chance to build more housing as needed, driving prices further down than would be possible in the North.