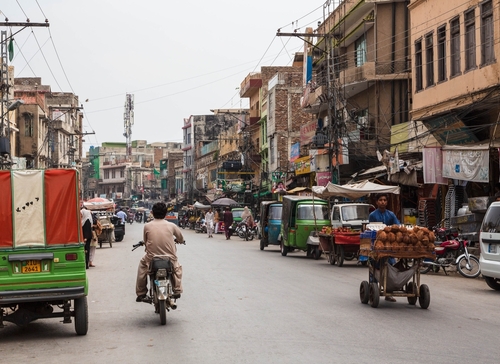 The value of Pakistan’s rupee plunged 7.6 percent last week to 228 to the dollar, its lowest in more than 20 years and its steepest weekly slide since October 1998 as investors came to see Pakistan as the next country to follow Sri Lanka into default.

The rupee’s tumble also reflected fears that the International Monetary Fund’s $1.2-billion loan agreed to last week might be too little to avert a balance-of-payments crisis, the Financial Times reported.

The country’s foreign currency reserves have shrunk from about $16 billion in June 2021 to roughly $10 billion this summer, barely enough to cover a month’s worth of external payments.

To keep current with a $6-billion IMF loan Pakistan received in 2019, the government has ended food and fuel subsidies, sending prices skyrocketing.

TREND FORECAST: Pakistan has become another victim of investors’ jitters over higher interest rates, a slowing global economy, and inflation, driving them to the safety of the dollar and to abandon riskier markets and currencies.

The first was Sri Lanka, where relentlessly rising food and fuel prices drove protestors to storm the presidential palace in June and burn the prime minister’s home. The government collapsed as the president fled the country.

In mid-July, voters in Pakistan’s most populous region handed a victory to the opposition party led by former Prime Minister Imran Khan, who has said Pakistan is stumbling toward “economic collapse.”

As Dragflation persists and its economy goes down as inflation goes up, public unrest, protests, riots and government clampdowns in Pakistan will escalate into a civil war.