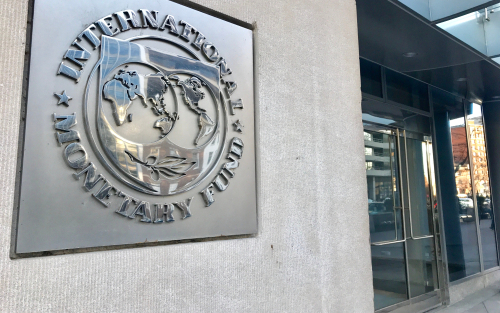 The world economy is teetering on the edge of recession, the International Monetary Fund (IMF) warned in its latest quarterly economic outlook report.

The agency also cut its global growth forecast again, dropping it to 3.2 percent from 3.6 percent forecast in April. In 2023, worldwide economic expansion will be a modest 2.9 percent, the IMF said.

The IMF trimmed its outlook for China’s 2022 growth from 4.4 percent in April to a revised 3.3 percent now.

“The slowdown in China has global consequences,” the IMF report stated.

However, the forecasts again may not hold, the IMF noted.

Also, growing geopolitical tensions between the West and a Russia-China axis could further disrupt global trade, the IMF warned.

In most countries, wage increases are badly lagging price hikes, he noted.

“We have a slowdown in the U.S., in China, and in the euro area,” Gourinchas pointed out. “The three largest economies in the world are stalling right now.”

Inflation in poor countries will average 9.5 percent this year, the agency said.

TREND FORECAST: As Gerald Celente notes, “When people lose everything and have nothing left to lose, they lose it.”

As prices for food, fuel, and other staples rise, so do tempers.

Many governments, especially in poor nations, are facing the growing prospect of default and have few resources to put toward relieving consumers’ price pain.

Continued inflation will drive people into the streets. Protests will stir social and political turmoil, creating new political movements with the power to destabilize governments.

Sri Lanka’s collapse this summer is only the first; other nations will undergo the same fate.