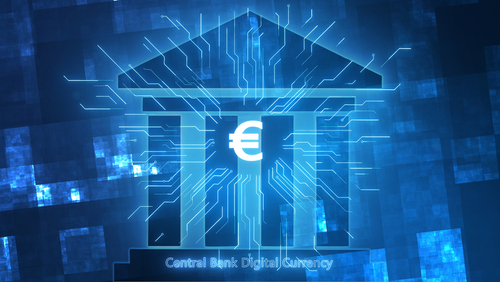 There has been significant discussion and some disagreement over whether it should be left to the private sector to issue Euro stablecoins with appropriate regulations, or whether Central Banks should get into the business of developing and maintaining the required digital technology.

The paper noted that there were “bank disintermediation” risks that would come with a CBDC.

Those risks are described in the paper as involving a situation where a “relative increase in the weight of government bond holdings and central bank funding in banks’ balance sheets leads to a compression in banks’ net interest margins which adversely affects lending supply and, thus, borrowers’ welfare.”

Of course cryptocurrencies and DeFi apps are already presenting significant challenges to both banks and central banks, by providing people with means to use cryptos for transactions, and engage directly with others via lending and borrowing apps where Smart Contract “Code Is Law.”

It could be argued that the benefits that the study asserts for CBDCs concerning efficiencies in liquidity, don’t really require a CBDC at all, but owe to capabilities unlocked by crypto technologies.

The report acknowledges the pressure and challenge that cryptocurrencies have exerted.

Its introduction states that “The ultimate goal of introducing a CBDC is to ensure that individuals operating in an increasingly digitalized economy keep having access to the safest form of money, central bank money.”

A significant portion of the report focuses on issues like how CBDC supply might be most efficiently calibrated to have positive effects, without endangering the role of user facing banking institutions.

It contains some fascinating info regarding the modeling it uses to assess the impact a CBDC would have. It also goes into detail about CBDC to GDP ratios that might be optimal, and how calibration of interest rates would figure in with the use of the technology.

The report specifically concluded that “the optimal amount of CBDC in circulation for the case of the euro area lies between 15 percent and 45 percent of quarterly GDP in equilibrium.”

The paper summarized its main findings as follows:

“First, adequately calibrating the amount of CBDC in circulation is important to mitigate the impact on the banking sector. Such impact depends on the substitutability between CBDC and deposits and on banks’ reliance on deposit funding.

“Second, the issuance of CBDC exerts a fiscal expansion effect and a bank disintermediation effect through an expansion of the central bank balance sheet and profits. The sign and magnitude of the CBDC-induced net impact on bank lending and real GDP depends on the relative size of each of these two effects.

“Third, regardless of their type and specification, welfare-maximizing CBDC rules are effective in mitigating the risk of bank disintermediation and induce significant welfare gains for both savers and borrowers.  They induce a stabilization effect which improves the liquidity services/disintermediation trade-offs faced by the economy under the introduction of a CBDC…”

The full paper can be found here.