NEW GERMAN CHANCELLOR: ANOTHER POLITICIAN WHO LIED HIS WAY INTO OFFICE 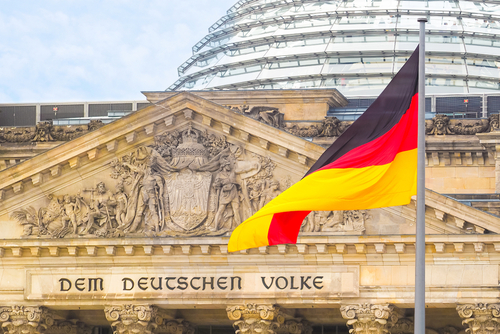 Following the political routine of lying his way into office, as a candidate for Chancellor of Germany, Olaf Shoz, along other establishment politicians in Germany, had campaigned on the promise of not forcing its citizens to get the COVID Jab.

But after getting elected, Scholz told the newspaper Bild that due to the country’s high infection rates he changed his mind. In his inaugural speech last Wednesday, Sholz condemned COVID-19 “truth denial,” just as special police forces carried out raids across the country against what was called a network accused of plotting to kill politicians who played a role in COVID-19 restrictions.

“We will accept no attempt by a tiny minority of uninhibited extremists to impose their will on our entire society,” Scholz said. “Our democracy can defend itself.”

Police called the raids in Dresden a terror investigation and said they recovered weapons, including crossbows.

TREND FORECAST: The Trends Journal has reported extensively on economy-killing lockdowns and protests that attract thousands in an attempt to reclaim their freedom and right to earn a living for their families.

Governments and media have tried to marginalize anyone opposed to these dictates as right-wing extremists. Or if they were in the United States, as detailed in this Trends Journal article “BIDEN HOSPITAL VAX MANDATE LOSING SUPPORT,” Donald Trump supporters. Also see: (See: “ITALIANS PROTESTING VACCINE MANDATES DENOUNCED AS FASCISTS,” and “ITALIANS TAKE TO THE STREETS TO RAIL AGAINST WORKPLACE ‘GREEN PASS.”)

Dresden, the capital of Saxony, is considered to be a “stronghold of the Alternative for Germany (AfD),” France 24 reported. Kretschmer has been lobbying for a hard lockdown to get cases in the county under control.

“Of course you can say what you don’t like,” Kretschmer told reporters. “But when violence comes into play, it’s over. A line has been crossed which we will not tolerate.”

TRENDPOST: We had long forecast that governments would use agents provocateurs and other government inspired incidents to discredit anti-establishment movements.

The Italian Forza Nuova party has also faced criticism after members were accused of trying to break into Prime Minister Mario Draghi’s office in Rome. The group has been labeled by the media and political establishment as a “fringe neo-fascist party.”

TRENDPOST: We are happy to hear that Michael Kretschmer draws the line at violence. We will expect another statement the next time German police use gas canisters and batons to break up protests in the country as they have done and continue to do.

It is not new to hear that Germany has one of Europe’s most vocal anti-lockdown movements, and politicians have voiced concerns that right-wing groups will become more appealing to moderates in the country who want to resume a normal life.

As we have been noting, anyone disagreeing with the wide range of draconian lockdown walls that are destroying tens of millions of businesses, lives and livelihoods of hundreds of millions are labeled by politicians and the media as radicals or “right wing.”