NEVADA: WE NEED YOUR MONEY, TAKE OFF YOUR (WORTHLESS) MASKS 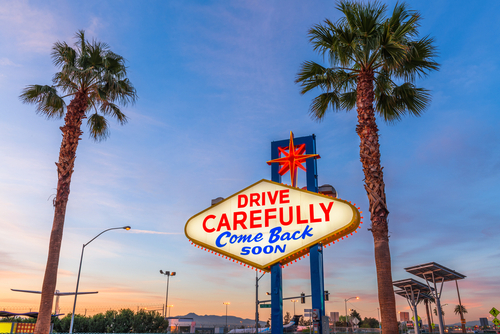 As Gerald Celente had forecast several weeks ago, as economic and political pressures increased, the COVID War would decrease.

Last Thursday, Nevada Gov. Steve Sisolak declared the state will no longer require masks in some public settings, which means Las Vegas casinos—whose businesses were in the toilet as people refused to follow COVID War mandates—are no longer required to force players to wear face coverings at tables.

“I’m doing what I think is best to protect the health and welfare of the residents of the state of Nevada,” Sisolak said, according to The Associated Press.

Nevada joined other states that have updated their mask policies. He said the state has seen a drop in hospitalizations. About 60 percent of the state is fully vaccinated, including 82 percent of those 65 and older. There are currently 1,199 people hospitalized and 208 in ICUs, according to data compiled by The New York Times.

The newspaper reported that more than 3 million people visited Vegas in December, which is about 13 percent below the December 2019 levels. The city was completely shut down for two months in 2020 due to the outbreak.

“It’s what we’re used to (in Florida). … We’re going back to normal again,” Danny Boyd of Miami told the paper. He was in town for the Super Bowl. “I just hate the way (a mask) feels.”

A video emerged on social media that showed elementary school students jumping with joy when they were told that they would no longer need to wear face coverings inside the classroom.

A teacher told The Daily Mail that one of the students was so elated that he nearly threw his desk outside a window.

The paper pointed out that Dr. Scott Gottlieb, the former chief of the F.D.A. and board member of Pfizer, told CNBC’s “Squawk Box” that it is time for governors to lift these school mandates.

“I don't think it's imprudent that governors lean forward, anticipating that conditions are going to continue to improve, recognizing that people are frayed,” he said. “We have a narrow window of opportunity to restore some sense of normalcy to the schools.”

We also noted a study by the Centers for Disease Control and Prevention that said mask mandates were associated with an average 1.32 percent decrease in the rates of COVID-19 cases and deaths during the first 100 days after the mask policy was implemented.

TRENDPOST: The following are just a few of the past articles from the Trends Journal that detail the ineffectiveness and dangers of constant mask wearing:

TRENDPOST: On 12 February 2021, althealthworks.com, a website that focuses on news about natural health, revealed that an article posted on the Microsoft News website detailing potential health risks from long-term mask wearing was taken down. According to althealthworks.com:

“The potential side effects include the following according to several doctors quoted by MSN.com:

“Shortness of Breath and Lightheadedness: According to Dr. Lili Barsky, any activities that result in the expulsion of air, such as talking, singing and exercising can result ‘in the accumulation of carbon dioxide between the face and the mask.’

The symptoms are seen due to increases in CO2 levels in the body according to Dr. Rashmi Byakodi as mentioned in the MSN article. ‘Breathing over exhaled air that turns into carbon dioxide might make you feel dizzy.’

Headaches: According to Dr. Byakodi, ‘Headaches may occur due to the band fitting around the head all day, stress from breathing through the mask, or slight changes in oxygen and carbon dioxide levels in the blood.’

Dermatitis: Some people’s skin may break out, and scarring around the area where the mask is worn may result in some cases.

Weakened Immune System: Perhaps the most troubling of all symptoms on the list of doctor warnings, the immune system can be greatly weakened by low oxygen levels in the tissues as noted by Dr. Esteban Kosak in the article.”