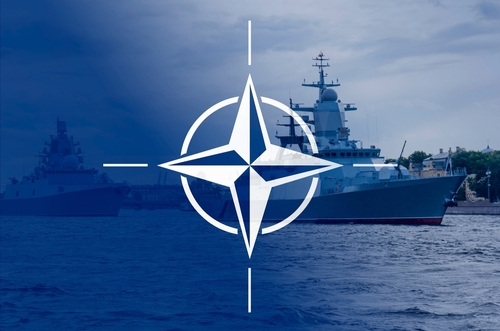 Norway is hosting more than 30,000 Western troops for about a month as Europe remains on high alert after Russia invaded Ukraine last month.

Yngve Odlo, a general from Norway, told the Financial Times that the conflict in Ukraine “affects the whole European security architecture.”

The military exercise—which will include non-NATO members Sweden and Finland—is called Cold Response 2022. The troops will be joined by 200 aircraft and 50 vessels.

“There is no increased threat to Norway and no change in Russian forces close to our border. It's a long-planned exercise, and it's quite clearly a defensive exercise,” Odlo said.

Troops from the U.S. and U.K. have already arrived at military camps in the Troms and Nordland regions inside the Arctic Circle, The Barents Observer reported. The news site said most of the exercises will take place about 310 miles west of Russia’s militarized Kola Peninsula.

Norway announced in January that it notified Russia’s Northern Fleet about the military drills and presented “preliminary plans of the upcoming exercise of the armed forces of the Kingdom of Norway and some other member states of the North Atlantic alliance.”

Russian Admiral Alexander Moiseyev “thanked the Norwegian commander for the information provided and wished Norwegian counterparts the safe implementation of their military maneuvers," the press said, according to Russia’s TASS news agency.

Norwegian Defence Minister Odd Roger Enoksen told the Agence France-Presse that the exercise is “extremely important” for the security of Norway and its allies.

“We will practice an allied reinforcement of Norway. It is not being held because of the Russian authorities’ attack on Ukraine, but given the backdrop there is a heightened significance,” he said.

TREND FORECAST: These military drills will amount to nothing, other than provocation. Generals are always fighting the last war.

Despite all of America’s tough talk, Gerald Celente has pointed out that other than the savagery of NATO/ American military’s Yugoslavia War, they have not won a war since WWII and have been stacking up defeats, including the recent retreat from Afghanistan. (See “DUH! PENTAGON SURPRISED BY CHINA’S TEST OF HYPERSONIC MISSILE,” “PENTAGON: TARGET CHINA” and “U.S. ‘ALREADY LOST’ AI WAR WITH CHINA, PENTAGON’S FORMER SOFTWARE CHIEF SAYS.”

And as for the Ukraine War, the Trends Journal has reported for months that Russia considered Ukraine a red line when it comes to NATO’s expansion east, and now NATO is—once again—instigating a Russian response by placing a massive military exercise right along the Russian border.

Norway insists that the exercises are purely defensive, but a military exercise on this scale seems to add legitimacy to Moscow's long-held position that NATO's encroachment is a security risk.

Yet, as they have since the end of World War II, Washington and their Presstitutes will continue their fear and hysteria Cold War rhetoric to frighten its masses while enriching the military manufacturing mob... and leading nations into mass annihilation.