MUSINGS ON WOKE CANCELLATIONS’ DESTRUCTION OF HUMAN DIGNITY AND THRIVING 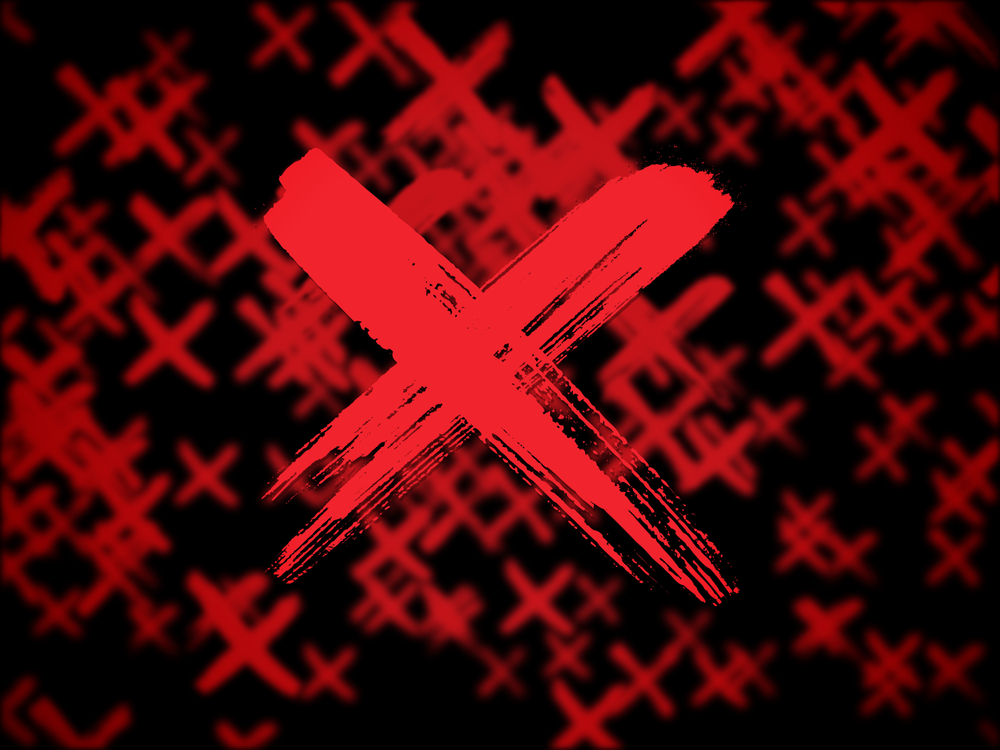 During the past two years, the rise in wokeness and its cancel culture has shocked the sensibilities and moral fabric of the nation. It has fuelled divisions between races, class and economic status, levels of education and political allegiances. However, the anger that wokeness has carried into civil discourse is a symptom of a much deeper causal factor buried in the national psyche; that is, America’s pervasive “reality deficit disorder (RDD).”

This is a condition that has proliferated across the American landscape since the Age of Enlightenment and the 19th century’s advent of scientific materialism as a secular religion. The proponents of modern behaviorism and the neurosciences are likewise saturated with RDD.

The Woke self-congratulating experts and their false prophets are its public face. These are plastic liberal intellectuals who have found their sense of self-righteousness reinforced by spreading a post-modern gospel of blatant censorship to purge society of those who would criticize them.

Philosophy and postmodern sociology in general, notably the modern philosophies of science and mind, often suffer from this mental affliction. They write books about other philosophers’ books who in turn wrote books about their predecessors’ scribbling.

Right-wing critics of wokeness and certain factions within postmodern Critical Race Theory likewise indulge in a similar cognitive hallucination built upon feeble-minded pre-Galilean superstitions. Their perceptions about themselves and the world, their righteous anger and biases, are similar to dreamscapes, phantoms they have conjured and which can have dire long-term consequences to the welfare of innocent victims prejudiced and canceled by their vitriol and condemnation.

There have always been conflicting ideologies, cherished beliefs and inflamed emotions towards racial discrepancies, social order and justice or how the nation should be governed. But today these cognitive afflictions, masquerading as passions and righteous causes have disintegrated into tribalism.

This is now fomenting new class and racial distinctions and struggles as well as media turf wars. No one can accurately predict where this collective reality deficit disorder will lead ultimately but it certainly won’t contribute to a positive advancement of human well-being. It repeats the old adage of garbage in, garbage out.

Undoubtedly, the woke culture perceives itself as being wise. But wisdom doesn’t arise from being afflicted with ADHD, being self-righteous, and finding one’s worth in how audaciously confrontational one can be towards an enemy.

Our wise women and men today are those who have seen many struggles and have incorporated their knowledge into making society more equitable, to bring jobs back, to erect means of protecting those who are disenfranchised by corporate and political greed and exploitation.

Nevertheless these are the reputations the woke want to destroy, individuals who have the insight to analyze and discern the faulty thinking and self-cherishing delusions behind canceling the lives of others, such as Noam Chomsky, Gloria Steinem, Chris Hedges, etc.  It is an immoral mindset to believe that one has the right to destroy another’s accomplishments regardless of whether one agrees or not.

Cancel culture’s race theory has been hoisted high on the flagpole of a zealous doctrinal crusade. This banner is carried within the ranks of faux liberals, progressive wannabes and pseudo intellectuals. Writing for the Daily Signal, Jarrett Stepman described DiAngelo’s books, or example, as “miserable self-help guides for upper middle class, white, deeply committed progressives who are desperately searching for a way to not be racist in a world where denying your racism is an example of racism.”

We have no doubt that subjecting these young minds to such a bleak and meaningless view of life is contributing to our nation’s epidemic of depression and existential angst.

It is adversely damaging the most pliable, impressionable and easily influenced minds and guiding them to believe in illusions without a credible scientific basis. The current younger generation is being brainwashed to believe in this pathological illusion now touted as an absolutist proclamation.

Those seeking power will use it for their own ends, as we are already witnessing in undergraduate university curriculums. It has long been an American habit to succumb to brainwashing and then be persuaded to purchase junk they have no need for. This has been our culture’s most effective remedy to temporarily relieve mental anxiety, pessimism, and hopelessness. And the mainstream media is all too willing to spoon-feed us with its noxious elixirs daily.

Democracy depends upon sustaining an open society that can provide a safe accommodation for many diverse voices. Certainly the voices of wokeness should have a place in this arena. But equally it should stand disarmed and receive its detractors' criticisms about cancellation’s tragically dehumanizing perspective that is condemning millions to unjustified ridicule by other races.

In a single stroke, culture views have metastasized into red-baiting countless civil rights and anti-war activists who were color-blind and devoted their lives to a better world. Is wokeness contributing anything constructive to improve racial strife and conflicts between tribal idols?  Only a maladjusted person would believe it is, but it has plenty of fans in the woke liberal class who in turn populate the media’s airwaves.

“The greatest need of our time,” the Trappist monk Thomas Merton wrote in his Conjectures of a Guilty Bystander, “is to clean out the enormous mass of mental and emotional rubbish that clutters our minds and makes all political and social life a mass illness. Without this housecleaning we cannot begin to see. Unless we see, we cannot think.”  Merton believed that this “purification must begin with the mass media.”

We would suggest it also begins with our educational institutions. Teachers who embrace wokeism’s social folly and logical fallacies need to introspectively gaze and observe the destructive ataxia nesting in their own minds.  If anyone wonders why the nation is so angry, screaming and protesting, one reason is because the failed neoliberal experiment, the culture of political nepotism, a captured and biased media, and a thoroughly corrupt judiciary have created this horror show. And the followers of wokeness seemingly want to gather tinder to keep racial conflagrations burning.

"Nothing in all the world is more dangerous," Martin Luther King lamented, "than sincere ignorance and conscientious stupidity." It is our deep ignorance about not first knowing ourselves and appreciating our intrinsic interconnections with each other and the environment that perpetuates the suffering around us.

These deeper existential relationships can potentially outsmart and surpass the benefits Critical Race Theory has to offer. Underlying any social structure is to be found in cognitive causal relationships. This includes our attachments to whatever accomplishments and failures we experience in our lives through racial identity, which may lead to a reality deficit with all of its superiority complexes, apathy and depression.

If critical race theory is correct, then all Whites, without exception, in American history, were unconsciously transmuted into racists starting at the time of their birth. What is its proof? Is there any scientific evidence to support this outrageous claim? Do the believers in woke religion consider the lack of sensitivity towards other peoples and races who were victims of racial identity and violence, such as the Jews who experienced genocide at hands of their Nazi overlords?

And what would they say against those Whites who have fought against racism throughout the American experience, such as the Abolitionists in the U.S. and UK who put their bodies at great risk?  In principle they too are being labeled as racist despite their fighting, protesting and even dying as committed anti-racists. Many Whites have embraced other races and cultures with open arms; however, woke anti-racism wants us to believe this legacy was a sham, because in some strange voodoo way they were unconsciously racist. Is this not the height of hubris and arrogance?

So if modern American society relies solely upon mental and emotional distraction to survive, clearly there is no hope for constructive solutions to emerge to confront climate change, racism, identity politics, inequality, etc. Nor will society evolve beyond that of primates if we can only function from our reptilian and limbic brains.

Obviously not everyone will discover the same purpose to his or her life’s meaning. It is an individual quest that is largely entwined with each of our unique gifts, skills, passions and talents that we have brought into this incarnation. Those who disagree that one can discover meaning in life are the dogmatists of materialism and should be shunned as deranged scientific fanatics.

Logic and reason alone will not satisfy this discovery, although developing skills in critical thought and discernment is more often than not necessary. It is only the rare person who has immediate intuitive knowledge about herself and the world around her.

For the remainder of us, we need to re-educate ourselves to create a roadmap, develop a discerning eye, and engage in deep introspection into ourselves to find a genuine well-being that transcends power player’s board game to manufacture social strife, division and hatred. It is an individual journey that begins deep within ourselves and ends by embracing others in community despite all differences.

However this is not an exercise in reason, but a direct experience within the depths of ourselves. When we touch on that space that can only be reached by subjective introspection new horizons of opportunities and possibilities open up. Then we can understand the words of the great jazz artist John Coltrane, “I know that there are bad forces, forces that bring suffering to others and misery to the world, but I want to be the opposite force. I want to be the force which is truly for good.”

In that honoring of our inherent goodness, genuine well-being and happiness is found and only then can our illusions and dogmatic beliefs be broken down.