MOST OF AFRICA FALLS SHORT OF W.H.O. VAX TARGET 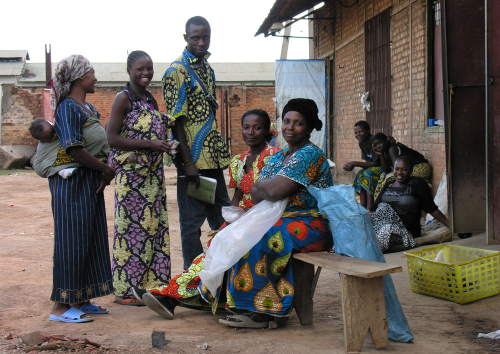 The World Health Organization set a goal for each of the world's countries to vaccinate at least 40 percent of its population against COVID-19 by the end of 2021.

It was hoped that at least 10 percent would have been vaxxed by the end of September. However, The New York Times reported that the entire continent of Africa has lagged behind, with just 4 percent of the continent's population vaccinated and only nine African nations having met the 10 percent goal.

Of the continent's 54 countries, two—Eritrea and Tanzania—didn't supply the W.H.O. with adequate statistics; although not mentioned in the NYT article, Trends Journal noted, in "TANZANIA SAYS NO TO VACCINES" (9 Feb 2021), that Tanzania's president was skeptical of the COVID vaccines, of mask-wearing, and of COVID testing. Of those nations remaining, about half, including some of the most heavily populated, like Nigeria, Uganda, Congo and Kenya, had vaccinated less than 3 percent of their residents.

Several of the nine countries meeting the goal have small populations; Mauritius and the Seychelles, for example, are island nations that, according to the NYT, have vaccinated two-thirds of their residents. In its article, however, the NYT fails to draw a clear distinction between "vaccinated" and "fully vaccinated"; it should be noted that Trends Journal, in "MOST VAXXED COUNTRY SEES INFECTIONS RISE" (11 May 2021), reported that about 85 percent of the Seychelles' 100,000 had been "vaccinated."

The NYT reports that, although Africa's COVID infection rates are lower than elsewhere, experts are concerned that the continent's low vaccination rates increase the risk from emerging variants.

Low vax levels are blamed on delivery issues with Covax, the global vaccine-sharing initiative, which in turn are blamed on wealthy countries failing to support the initiative as promised.

South Africa is reported to be at the end of a third wave of infections driven by the Delta variant; the wave peaked in July, with an average of some 20,000 new cases a day, the highest since January; see "SOUTH AFRICA LOCKS DOWN; NEW YORK OPENS UP" (1 Jun 2021). The country still has lockdowns, a curfew and a limit on the size of public gatherings. Officials there hope to have 70 percent of the population vaccinated by year's end, with 15 percent currently "fully vaccinated."

TREND FORECAST: Considering the economic damage imposed on South Africa’s economy by the lockdown mandates, we forecast, as economic conditions continue to deteriorate, there will be civil unrest that will escalate to civil wars if the trends are not swiftly reversed.

For example, some 5 percent of the nation’s total employment is from the tourism sector which has collapsed. And of the 1.5 million people employed in tourism, SA Tourism estimates that 87 percent are from a disadvantaged background.

Thus, as is the global trend, the rich keep getting richer and the poor get poorer. Therefore, as economic conditions continue to deteriorate, as Gerald Celente says, “When people have nothing to lose, they lose it”... we forecast they will be losing it in South Africa.

Indeed, according to the GINI coefficient, South Africa has a world-leading level of inequality, for income distribution. Just one percent of the population owns half of all wealth, while the top 10 per cent own at least 90 to 95 per cent.

TRENDPOST: Another apparent flaw in the NYT's reporting, however, is the complete absence of any mention of death counts. Figures obtained by Trends Journal from Worldometer, however, indicate that, between 15 February 2020 and 9 October 2021, South Africa recorded a total of 2,911,497 cases of COVID-19, with 88,292 deaths and 2,790,653 recovered; there's a discrepancy of 32,552, presumably patients who have yet to recover or succumb. Trends Journal calculates that 3.032 percent of the cases have so far proven fatal.