MOST CEOs EXPECT A RECESSION 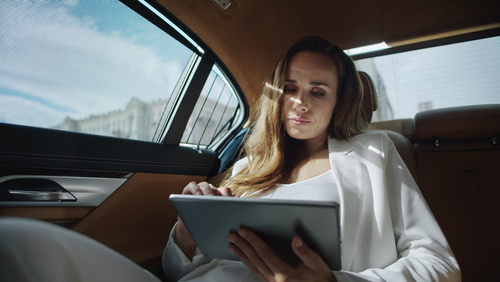 Six in ten top corporate executives expect a recession within 12 to 18 months, according to a May survey by the Conference Board, and another 15 percent think one has already begun in the areas of the world in which they operate.

A recession is defined as two consecutive quarters of economic contraction.

About 20 percent of CEOs and a third of CFOs polled see no recession ahead for at least two years, the survey found.

The opinions were gathered before the U.S. Federal Reserve’s three-quarter-point interest rate hike last week, when Fed officials said it was becoming more difficult to control inflation without causing a recession.

Several factors signal a recession is on the way, the executives noted, including soaring energy and transport costs and tech companies’ abrupt slowdown in hiring.

“Consumers are not as worried as CEOs are,” Dana Peterson, the Conference Board’s chief economist, told The Wall Street Journal, “but CEOs are trained to look 12 to 18 months down the line. Consumers…three to six months is what they’re thinking about.”

A separate Conference Board survey of 133 U.S. corporate CEOs found 68 percent expect the U.S. economy to enter a recession some time “over the next few years.”

“The [U.S. Federal Reserve] is attempting to thread the needle while wearing boxing gloves,” he said of the central bank’s attempt to reverse inflation while keeping the economy from shrinking.

Economic conditions have worsened over the past six months, according to 61 percent of CEOs in the survey, while only 35 percent said so in the survey three months ago.

Sixty percent said conditions will continue to worsen, while 23 percent believed that in the previous poll.

CEOs’ gloom is itself a concern, the Conference Board’s Peterson warned.

The Conference Board itself does not foresee a recession. It projects U.S. economic growth at 2.25 percent this year.

TREND FORECAST: Again, as we note, stay in the mainstream and stay out of touch. Or as Trends Journal subscribers know, they get on-trend and get in touch with what’s going on, what it means and what’s next.

That there would be a recession is old news, and that just 22 percent of executives polled this time last year could not see it coming illustrates the state of mental unawareness... not just economic but socioeconomic and geopolitical.

But as we detail in this Trends Journal article, “WHEN THE ECONOMY FALLS JOBS GO WITH IT,” as the jobless numbers go up, personal earnings will go down and recession will worsen as consumers by less.