MORE ON THE ECONOMIC FRONT LINES 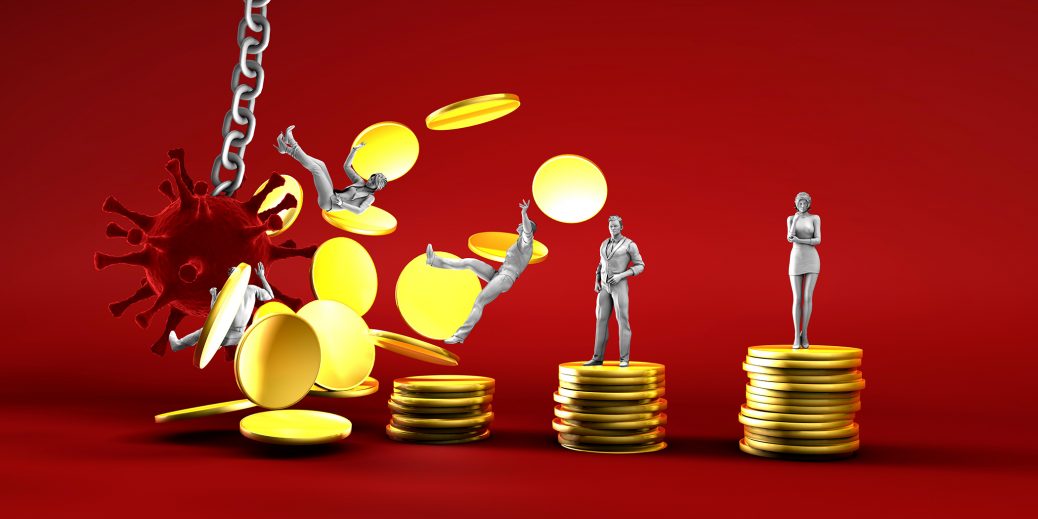 OECD WARNS OF SECOND LOCKDOWN’S DANGERS. Mirroring what we have long forecast, the Organization for Economic Cooperation and Development (OECD) warned of a second worldwide economic shutdown if the COVID virus resurges would do severe damage to a global economy already reeling.

The world’s GDP will contract by 6 percent this year if no new lockdowns are imposed, the OECD predicted in a 10 June report.

The 6-percent forecast is double the contraction predicted in April by the International Monetary Fund.

If the virus recurs later this year and shutdowns are re-imposed, the world’s economy will then shrink by 7.8 percent, the report said.

The world’s economy will grow by 5.2 percent in 2021, the OECD calculated, or by only 2.8 percent if there is a second COVID wave.

For the U.S. GDP, the OECD expects a 7.3-percent shrinkage this year, bouncing back 4.1 percent in 2021. If the virus returns, the loss will be 8.5 percent this year, followed by only a 1.9-percent rebound next year.

The U.S. Congressional Budget Office forecast in early June that the U.S. economy would lose 5.6 percent this year.

The scale of damage to the world’s economy that a second lockdown would create must be avoided, meaning that families, workers, and businesses will have to “live with” the virus until a vaccine is found, said Laurence Boone, the OECD’s chief economist.

SAUDI ARABIA TO REGAIN DOMINANCE OVER WORLD OIL MARKET. Saudi Arabia’s share of the global oil market will grow from 11.6 percent today to 15 percent by 2025, its highest share in almost 40 years, according to an analysis by JPMorgan Chase.

OPEC, in which Saudi Arabia is the principal partner, will sell 40 percent of the world’s oil by 2025, up from about 33 percent now and passing its 39-percent peak share set in 2016, the analysis concluded.

The oil market’s global collapse is slashing budgets for exploration for new reserves, ongoing development of existing fields, and driving hundreds of small producers out of business.

As demand returns, Saudi Arabia and many of its OPEC partners will be able to simply pump more cheap oil and fill gaps in supply.

Worldwide spending on oil and gas exploration and development will total about $383 billion this year, a 15-year low and 29 percent lower than in 2019, according to Rystad Energy, an analysis firm.

The loss of new investment sets the stage for tighter supplies in the future, a situation Saudi Arabia and its OPEC partners can leverage to grab a larger market share.

Today’s meager investments in exploration and production could “reduce the previously-expected level of supply in 2025 by almost nine million barrels a day, creating a clear risk of tighter markets if demand starts to move back towards its pre-crisis trajectory,” the International Energy Agency (IEA) said in a May report.

AIRLINES WILL LOSE $84 BILLION THIS YEAR. Airline passengers will number 55 percent fewer this year than last, leading the world’s airlines to lose $84 billion in 2020, according to the International Air Transport Association.

Carriers will run a collective deficit of $16 billion next year and the global economic shutdown will cost the industry about 32 million jobs, the association predicted.

The numbers would have been worse if governments had not bailed out airlines, including the U.S.’s $25 billion in grants and loans.

By 2021, about 80 percent of city-to-city routes will be restored, the association predicted.