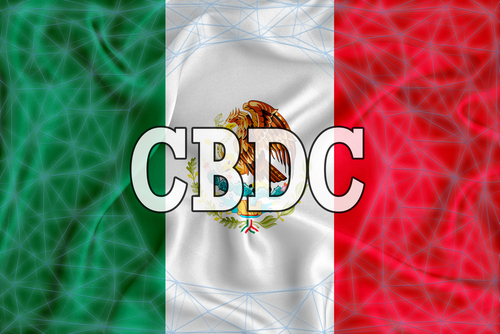 The Bank of Mexico will launch its own digital currency within two years in an attempt to bring more people out of the country’s dominant all-cash economy and into the nation’s financial system, the administration of Mexican president Manuel Lopez Obrador announced on 5 January.

The informal economy accounts for about 22 percent of Mexico’s GDP, according to The Wall Street Journal.

The bank will expand the nation’s current electronic payments system to include a digital currency “under a rapid, safe, and efficient framework,” the bank said in its own announcement.

The central bank’s initiative follows a June comment by Mexican billionaire Ricardo Pliego that his Banco Aztecabecome would be the first bank in the country to accept Bitcoin as currency.

In response, the Bank of Mexico, the finance ministry, and regulators emphasized that Bitcoin and cryptocurrencies are not legal tender in the country and that banks are banned from dealing in them.

“Although they can be exchanged, [cryptos] do not fulfill the function of money, as their acceptance as a form of payment is limited and they aren’t a good reserve or value reference,” the officials said in a statement.

The following month, Bank of Mexico governor Alejandro Diaz de Leon said that central banks must speed development of national digital currencies to counter the spread of private cryptos and the risks they carry.

The Switzerland-based Bank for International Settlements, now led by former Bank of Mexico governor Agustin Carstens, found in a survey last year that 86 percent of central banks were studying the prospects of a national digital currency, 60 percent were testing relevant technologies, and 14 percent were running pilot tests.

TREND FORECAST: As we forecast 18 months ago in “It’s Official: Dirty Cash to Digital Trash” (28 Jul 2020), so they can track every penny spent, where you spent it and what you spent it on—and they can get their tax revenue—governments will replace hard cash with digital currencies.

Many of the world’s central banks are developing, testing, or launching national digital currencies. In February 2021, the Bank for International Settlements surveyed 65 central banks and found that 85 percent were actively working to issue a digital currency, as we noted in “Look Who’s Minting Digital Currency Now or in the Near Future,” (16 Feb 2021).

China has led with its digital yuan, now available throughout its capital city (“China Goes Full Digital Yuan In Beijing,” 29 Jun 2021), and New York City will rise to prominence as a new center of digital finance, one of our “Top 2022 Trends.”