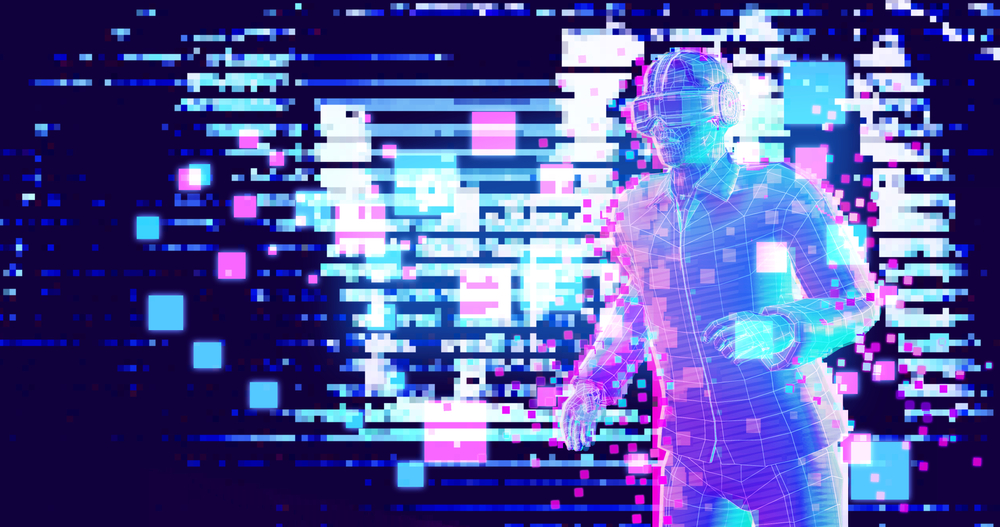 The coronavirus outbreak has sped up virtual working and learning and tech leaders have already seized on the shift.

In 2021, there were few jobs that people could work without using Slack, Zoom, or Google Chat. If you wanted to learn the latest news on a stock like GameStop, you’d likely check your Facebook, Twitter, or Reddit accounts. We have all become tied to our iPhones.

Mark Zuckerberg, the CEO of Facebook, has introduced many in the world to the idea of a metaverse, which will allow users to inhabit an online world where people use avatars to work and interact with others in a virtual world. The New York Times described the landscape as a place where users move from a virtual world to “augmented versions of reality almost seamlessly.”

Zuckerberg is so high on the technology, he changed his company’s name to Meta. Meta is aiming to open retail stores around the globe to sell the devices needed in the metaverse, like virtual-reality headsets and augmented-reality glasses, the Times reported.

“The metaverse is the next frontier, he said. “From now on, we’re going to be metaverse-first, not Facebook-first.”

Facebook is not the only company vying to shape and profit from the metaverse. Tencent, the Chinese social media and gaming company, seems primed to be Facebook’s biggest rival. Euronews reported that Tencent has not formally announced its ambitions, but its partnerships with Epic Games and Roblox Corp. would come in handy.

Roblox, which is based in California, recently said it hopes to bring educational video games into schools around the world, according to The Wall Street Journal. The company has invested $10 million to develop three games. They will focus on robotics, space exploration, and computer science careers.

Old-line corporations trying to construct siloed versions of the metaverse, and trap users in the same way they lured them to social platforms, may be much more difficult, though.

Decentralized blockchain projects and dispersed communities that don’t require central corporations to evolve and maintain metaverses in the world of gaming are already ahead of the metaverse game.

The Metaverse Future Being Created Now

Mature metaverse technology might be 10 years away, some analysts say.

But the blockchain based metaverse virtual worlds are already revolutionizing gaming. There are positives, including projects that allow investment and profits to go to gaming communities, via tokens and use of in-game NFT objects.

Some players from poorer regions of the world can earn significant money as skilled players. It may sound strange, but many argue it’s no different than card players or golf pros earning millions. And profit models can be more equitable than corporate-controlled gaming.

Overall, though, as people are seduced into buying virtual land, virtual gaming characters and objects, virtual art and more, traditional real world assets may continue to spiral out of reach for a new generation.

In other words, the metaverse may help fuel a trend of Metaverse riches, and real world scarcity.

Still, decentralized crypto networks and the early timeline of the metaverse means there are undeniable opportunities for investors. The Trends Journal has covered some of the challenges young people face in building wealth, and how the crypto revolution figures in, in recent articles including “CRYPTO OPENING WEALTH TO YOUNGER GENERATION” (2 Nov 2021).

On 11 December 2018, the Trends Journal published an article titled, “BLESSED ARE THE GEEKS,” that envisioned a futuristic world designed by geeks who have already transformed every aspect of 21st-century life.

“Across the spectrum, algorithms have replaced heartbeats,” we wrote. “The human emotion has been diluted. Think for yourself has been lost to Geek control that does the thinking, solves simple and complex problems, educates, intellectualizes, sexualizes, drives artistic impulses and ultimately decides what’s worthy and relevant.”

Facebook has been a leading advocate that promotes real-world restrictions and lockdowns, and we have pointed out in previous issues that the “connection is obvious.”

“Restricting the ability of people to connect in mundane physical reality is literally paving the way for the metaverse as an alternative outlet,” we wrote.

TREND FORECAST: The Metaverse Geeks will celebrate their overturn of the human experience. The generation now entering adulthood, is primed to engage these fast-evolving technologies across every aspect of their lives.

Their AI/VR technologies will sweep industries, households and governments worldwide.

More and more jobs will be replaced by robotics and AI programs will become, in effect, virtual human beings; they’ll take tests, advance their knowledge base through trial and error, perform complex human functions and learn from their mistakes and failures.

TREND FORECAST: This is the New ABnormal. Just as the Industrial Revolution sapped the creative uniqueness of individuals with mass production, the metaverse world will further sap the human spirit from the already hi-tech addicted global population.

Upcoming generations will get degrees, honors and salutations along the way, and become motivated to become more “Meta” and less human.