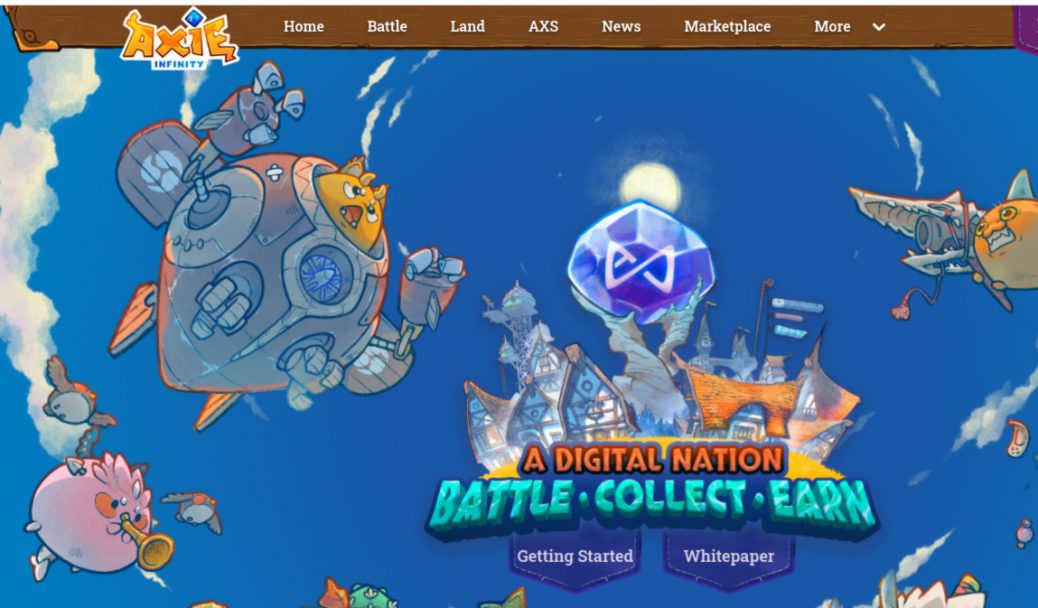 Axie Infinity has grabbed the attention of traditional tech and gaming companies.

The crypto based game is built off blockchain technology and utilizes NFT (Non-Fungible Token) characters.

Currently, it’s raking in revenues of 28.9 million dollars a week, which projects out to 1.5 billion a year.

That’s equivalent in revenue to blockbuster traditional games. No wonder that Facebook and other tech companies are buying into the Metaverse.

On one level, Axie Infinity is a video game, with characters that do typical video game things like fight battles.

On another level, the project is a crypto rewards ecosystem that spreads profits from gaming in ways that are being hailed by many as transformative.

The AXS crypto token used to buy NFT characters has shot up astronomically in value over the last several months. In mid-June, it was trading at less than five dollars. In early October, it was over 145 dollars: 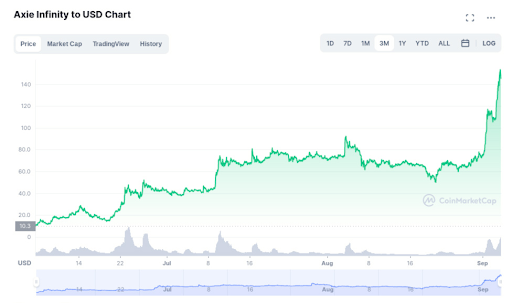 Another in-game token, “Small Love Potion,” acts as an in-game rewards token. These can be cashed out and converted to fiat currencies, etc.

As odd as it might sound to some, Forbes has reported that skilled gamers in some places are making their livings off playing, via earning tokens and trading NFTs:

“In regions like Southeast Asia, specifically in the Philippines and Vietnam, Axie Infinity is fueling a digital economy based on crypto assets.

“People are playing Axie Infinity as their main source of income in areas where banking services are hard to access and often expensive.”

Buying NFT characters is not cheap, and at least three are needed to enable game play. But the ecosystem of Axie Infinity allows investors to essentially buy business stakes in the metaverse by purchasing crypto assets like characters and land, and then renting them out to others.

Gamers without substantial means can rent those assets and use them to play the game, potentially earning enough tokens to cover their costs and turn a profit.

There have been other attempts to create crypto based gaming worlds, but no previous crypto gaming project has exploded like Axie Infinity.

Others that might take off are in the works, though.

Forbes has reported that the Solana and Binance Smart Chain blockchain networks have witnessed a surge of metaverse projects.

The Three Kingdoms, a game on the Binance Smart Chain, is built around a theme from an ancient Chinese tale. Genopets, a project on Solana, is introducing a concept called move-to-earn. We’ll try to wrap our minds around that one later.