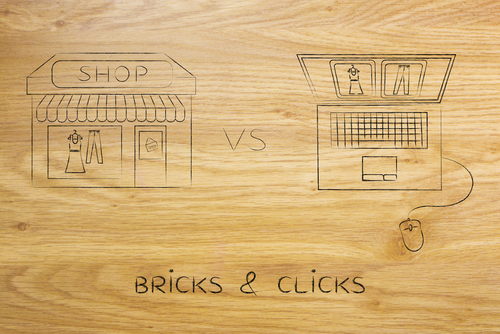 Facebook—oops, we mean Meta—may open physical stores around the world to introduce the public to its augmented and virtual reality products, company insiders have told reporters with several news organizations.

The products are gateways to the “metaverse,” Meta chief Mark Zuckerberg’s name for an environment in which people move seamlessly between physical and digital worlds.

Zuckerberg reportedly sees augmented and virtual reality as the next step in computing, after smartphones.

Products available in the stores could include virtual reality goggles, augmented reality glasses, portal devices that would enable people to chat over Facebook in a simulated conference room, and voice-activated Rayban sunglasses that people could use to take photos or record videos, The New York Times reported.

“We are, at best guess, at least five to 10 years out from a fully fleshed-out Meta product or service,” business professor Timothy Derdenger at Carnegie Mellon University told the NYT.

Plans for the chain of stores began in 2020, but the idea still has not been approved, according to the NYT.

Early designs show a minimalist aesthetic to the stores’ exteriors with subtle placements of Meta’s logo.

TREND FORECAST: While virtual reality remains a small niche market: the hardware is pricey, the gear can be awkward for some to use, and reportedly makes some people nauseated, this is just the beginning of a mega-trend.

As we said in “Facebook Debuts Virtual Reality Conference Room” (24 Aug 2021), virtual reality will play a central role in the future of work, medicine, home entertainment, etc., for scores of decades to come.

And while, today’s virtual reality equipment is expensive and, so far, appeals only to the geekiest tech fans—and the world is five to 10 years away from affordable, easy-to-use virtual reality systems—that absent a Renaissance, we maintain our 2019 Top Trend Forecast: Blessed are the Geeks.

They will overturn the human experience. The generation now entering adulthood, is primed to engage these fast-evolving technologies across every aspect of their lives.

Their AI/VR technologies will sweep industries, households and governments worldwide. More and more jobs will be replaced by robotics and AI programs will become, in effect, virtual human beings; they’ll take tests, advance their knowledge base through trial and error, perform complex human functions and learn from their mistakes and failures.

They’ll get degrees, honors and salutations along the way, and become motivated to become more “human” as we become less human.