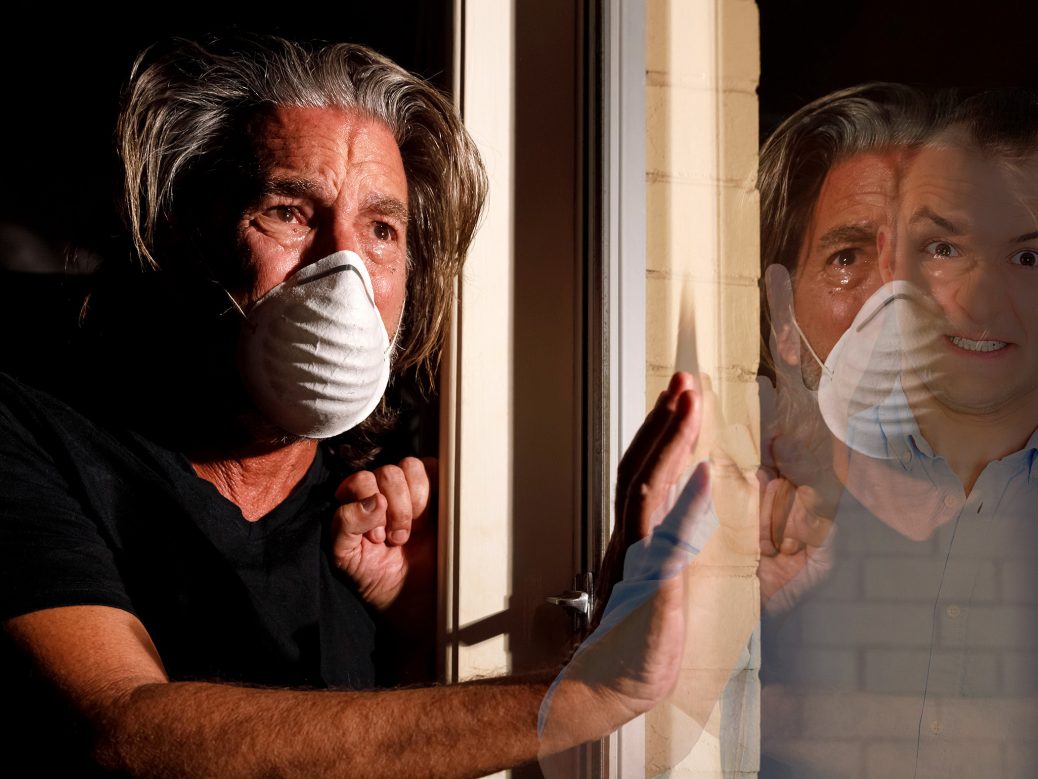 In addition to the economic devastation caused by the global shutdown, evidence is emerging that social isolation and anxiety surrounding COVID-19 are creating major mental health issues.

Devora Kestel, Director of the World Health Organization (WHO), stated on 13 May, “The isolation, the fear, the uncertainty, the economic turmoil – they all cause or could cause psychological distress.” She added, “The mental health and well-being of whole societies have been severely impacted by this crisis and are a priority to be addressed urgently."

A recent health-related poll published by the Kaiser Family Foundation on 2 April showed that nearly half of American adults are feeling anxiety and stress about COVID-19. The foundation website predicts anxiety and stress levels to rise as the protocols for reopening society kick in:

According to March data from the Colorado Crisis Services, there was a nearly 60 percent rise in crisis calls from the year previous. The manager of suicide prevention for the state’s Department of Public Health and Environment, Lena Heilmann, stated on 14 May, “As people are isolating or quarantining, how do people continue to feel connected? Feeling connected to trusted adults, peers, school and community are crucial protective factors for youth.”

The California newspaper Modesto Bee conducted a survey the first week in May that showed almost 80 percent believe COVID-19 has affected their mental health. Dr. Bernardo Mora, a psychiatrist at Stanislaus County Behavioral Health and Recovery Services, commented on the survey, “It doesn’t matter who you are or what you do or anything in terms of social or economic status, you are being affected.”

The California Pharmacist’s Association reports a spike in anti-depression and anti-anxiety medications.

It should be noted that this is taking place in the wealthiest country in the world.

Keep Your Distance. Welcome to the Brave New World.

According to Professor Rory O'Connor, one of the authors of a research report from the University of Glasgow, “Increased social isolation, loneliness, health anxiety, stress and an economic downturn are a perfect storm to harm people’s mental health and well-being.”

As has been pointed out in the Trends Journal, there is no bona fide empirical medical evidence that extensive stay-at-home orders or social distancing are an effective way to deal with a viral pandemic.

In fact, even the New York Times noted in a 17 May article on beach openings and closing in in New York, “Many experts have said the risk of the virus being transmitted outdoors is fairly low.”

Not disputed are the consequences of the “New ABnormal” being imposed on the public.

Despite modern technology forms of virtual communication, it is well documented that human touch, such as holding hands or hugging, can positively affect one’s health, in many instances reducing blood pressure and helping keep the immune system stronger.

Dr. Joshua Morganstein, a psychiatrist and disaster mental health expert with Uniformed Services University in Bethesda, MD, notes, “For some people, a lack of social connectedness feels as impactful as not eating.”

TRENDPOST: There is a simple way to prove that a majority of Americans are either brainwashed and/or confused when it comes to the effects and implications of COVID-19 on their lives – economically, socially, personally – and how to deal with it.

For example, a poll taken in late April by Business Insider found that three-quarters of Americans favored continuing shutdowns for another two weeks to stem the spread of coronavirus, compared to only about 10 percent who oppose doing so.

This, despite strict continuance of shelter-in-place orders and the shutting down of most business activity, which has thrown tens of millions out of work, and forced millions to go hungry and millions more to seek prescription and illegal drugs to deal with the stress and deprivation of being socially isolated and down-and-out.

Indeed, while most are willing to give up so much in belief it will keep them COVID-free, at the same time, a poll conducted in late April by Kelton Global, a consumer insights agency, reports 72 percent of Americans said another month of lockdown orders will make them hit “an emotional breaking point.”

The United Nations has warned that millions of children around the world are at risk of mental illness as a result of extended national lockdowns. Among the unintended consequences has been the significant rise in domestic violence caused by stay-at-home orders and the stress of not having work.

The World Health Organization (WHO) issued a statement on 14 May that a massive mental illness crisis will likely result from “the isolation, the fear, the uncertainty, the economic turmoil” from the extended lockdowns.

Dr. Elke Von Hoof, Professor of Health Psychology at Vrije University in Brussels, stated (as per the title of research he presented at the World Economic Forum): “Lockdown is the world’s biggest psychological experiment – and we will pay the price.”

He goes on to point out that the psychological damage to people worldwide from the unprecedented shutting down of entire societies will lead to a “secondary epidemic of burnouts and stress-related absenteeism in the latter half of 2020.”

Also noted is the February 2020 report published in the medical journal The Lancet, which detailed how putting people into quarantine for an extended period of time causes an increase of insomnia, anxiety, anger, emotional exhaustion, depression, and post-traumatic stress symptoms.