MASTERCARD: SPEND WITH A SMILE ON YOUR FACE 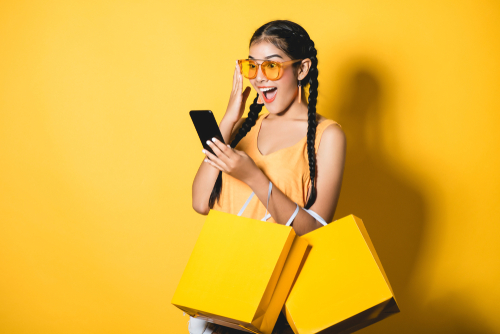 Mastercard has begun a test of its new biometric payment technology that lets customers in stores add purchases to their cards by showing their faces to a screen.

Payments also can be made with a wave of the hand.

By pioneering the technology, Mastercard could become “the enabler of the ecosystem,” setting standards of privacy and security for cardholders who volunteer to enroll and other companies that adopt the technology, Ajay Bhalla, the company’s president of cyber and intelligence, told the Financial Times.

“Everything is done with consumer consent,” he said.

The test began last week at five supermarkets in Brazil. Asia, Europe, and the Middle East also will host trials.

Since 2017, CaliBurger, a U.S. fast food chain, has let customers pay by scanning their faces. However, the technology has not caught on.

Mastercard hopes its system eventually will allow cardholders to pay with a smile or a wave across all stores that accept the card.

It will not be an easy sell.

Amazon’s palm print reader, used in many of its physical stores, has raised privacy concerns among legislators. China’s Ant Group has invested in the technology but jitters about consumers’ privacy has blocked implementation.

“It’s important that we do it in the right way,” Bhalla said. “It’s all about creating trust.”

Mastercard is working to establish itself as an innovator, also bandying the idea of allowing consumers to make purchases using augmented reality headsets.

An early inhabitant of the metaverse, the company also has partnered with CoinBase to engineer ways for shoppers to buy non-fungible tokens without using cryptocurrencies.

TREND FORECAST: Credit cards will always be engineering easier ways for people to pile debt onto their plastic and many shoppers will be lulled by their ease.

However, in using credit, the transaction is not entirely financial: credit card companies gather data about your shopping habits, as well as other personal data that they sell, in exchange for offering you convenience.

As images of faces and fingerprints become stored on servers, and as artificial intelligence ramps up its ability to hack security firewalls, the dangers of massive leaks of the most personal data are increasing.