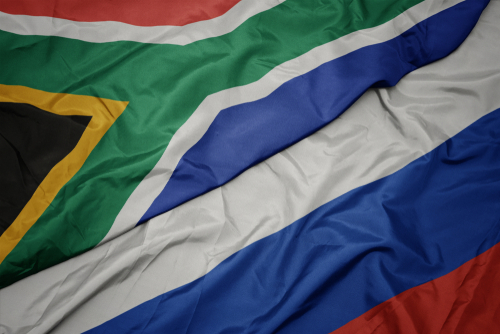 While the mainstream media in the U.S. is selling the line that every nation in the world hates Russia for invading Ukraine, many African nations are pro-Russia.

“Russia is our friend through and through," Lindiwe Zulu, South Africa’s minister of social development, told The New York Times. “We are not about to denounce that relationship that we always had.”

The paper pointed out that 24 African countries did not join the UN vote last week to denounce Russia’s aggression in Ukraine. Eritrea voted against the measure.

Selling the “let’s fight Russia” mantra, Molly Phee, the assistant secretary of state for African Affairs, spoke recently about the crisis in Ukraine on a webinar hosted by the U.S. Department of State, All Africa reported. She said the U.S. believes it is important for African voices to speak out on matters involving the international community.

A journalist from Madagascar asked Phee why it is important to require African states to take a clear stance on Ukraine.

“Isn’t this going against a state’s sovereign right and self-determination?” Garry Ranaivoson, the journalist, asked. “This is not our war.”

She told him that the U.S. was not requiring any country to do anything, but said “we believe it is in the interests of all states to join the entire international community in rejecting this aggression.”

Tone deaf to the plight and problems facing nations throughout Africa, Phee said there’s a tendency for people there—like in the U.S. who are protected by oceans—to “sometimes have the luxury of thinking that we don’t have to care about what happens thousands of miles away from us.”

Indeed, as Russia is being criticized for its invasion, not a mention of the war crimes committed by the United States and its NATO allies over the past decades.

Mohamed Hamdan Dagalo, the deputy leader of Sudan’s military junta, visited Moscow last Wednesday and the government in Bangui, the capital of the Central African Republic, also erected a statue in honor of the Russian paramilitary for “quashing an armed rebellion in 2020.”

Russia and Ukraine, which is known as the breadbasket of Europe, are top producers of wheat, sunflower, and aluminum. All of these prices have rocketed since the invasion of Ukraine, thus the African people blame the Americans for the sanctions that are driving up inflation that was hitting the general population hard before the Ukraine War began.

Russian flags also flew in Ethiopia on Wednesday to mark the 19th-century fight against Italians, the Times reported. Russian fighters sided with the Ethiopians and fought off the advancement. Some Africans recalled how migrants from the continent were stopped at the Polish border that raised allegations of racism. (See “BELARUS VS. E.U.: AND THE WINNER IS?” and “REFUGEE CRISIS WORSENING: POLAND TO DEPLOY ADDITIONAL 10,000 TROOPS AT BORDER.”)

TREND FORECAST: Gerald Celente has noted, “When all else fails, they take you to war.”