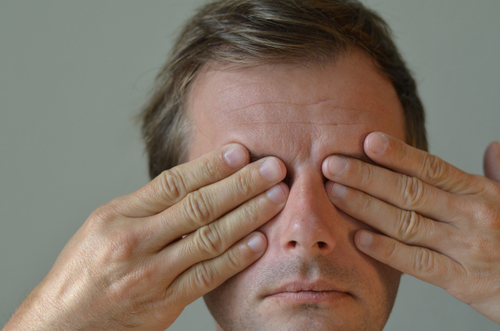 The vast majority of Americans polled stay stupid as they keep swallowing what Washington feeds them. Dumb enough to believe “Remember the Maine,” the Gulf of Tonkin incident that never happend, Osama bin Laden “Wanted: Dead or Alive,” Saddam Hussein has “Weapons of Mass Destruction,” “Assad Must Go,” “Qaddafi Must Go” that was fed to them by their presidents and the mainstream media... most believe the one-side they hear about the Ukraine War.

A new poll found that a majority of Americans are concerned about the spread of misinformation about the Ukraine War, blaming Russia for being the biggest contributor to the problem.

Throughout the conflict, we've documented a series of false stories from Ukraine, including reports of "The Ghost of Kyiv," a fighter pilot credited with taking out up to 40 Russian aircraft until he was downed on 13 March. Ukraine’s Air Force Command posted on Facebook Saturday, "The ghost of Kyiv is a superhero-legend, whose character was created by Ukrainians!”

About 61 percent of Americans say they are concerned about the spread of misinformation about the Ukraine War and see it as a growing problem.

The Associated Press-NORC Center for Public Affairs Research released the poll last week. About seven percent of the public says there is no problem with disinformation and 44 percent admitted that they do not know enough about the developments to make a clear decision.

About 75 percent of the Americans polled said that Russia is to blame for peddling the most misinformation about the war, which seems to be evidence that the West's anti-Russia propaganda has been effective.

Last month, we reported on earlier claims that Russia was planning some kind of chemical attack in Ukraine. (See “RUSSIA USE OF CHEMICAL WEAPONS IN UKRAINE WAS A U.S. LIE.”) One unnamed U.S. official admitted to NBC News that the claim was an effort by the U.S. to get into Russian President Vladimir Putin's head. (See “QUESTIONS ABOUND ABOUT BUCHA MASSACRE.”)

TRENDPOST: President Joe Biden said in April that the evidence emerging from Bucha, the Ukrainian city outside Kyiv where a mass grave was found, solidified his earlier claim that Russian President Vladimir Putin is a war criminal.

Dmitri S. Peskov, the spokesman for Putin, denied Russia had any role in the atrocities.

Western media companies have accused Russia of misinformation in this case based on supposed satellite images from the time the Russians left the region that claim to show dead bodies littering the streets.

Nobody dares question the authenticity of these satellite images or the possibility that they could have been doctored or taken at a different time.

About six in 10 Americans blame social media for the spread of misinformation and half say social media companies should have greater responsibility in policing the issue.

While lies of war come from both sides, Russia has essentially denied all war-crime allegations and blamed Ukrainian forces and their Western allies for perpetuating the misinformation on a large scale.

About half of the Americans polled blame Beijing propaganda for the spread of misinformation on the Ukraine War. The report also pointed out that 44 percent of Americans say U.S. politicians are to blame for spreading misinformation.

TRENDPOST: We reported last week that former President Barack Obama gave a speech at Stanford about the spread of disinformation on social media platforms. He called on these tech companies to clamp down on freedom and anyone who challenges the “official” government narrative.

The Trends Journal sent multiple emails to the school and to the Obama foundation to find out how much the former president was paid to give the talk and did not hear back.

We will be sending a Freedom of Information Act request but the hypocrisy is overwhelming considering the speech was on disinformation. We will keep you posted when we hear back, but as we've seen in the past, the only U.S.-approved propaganda is generated in Washington, D.C.