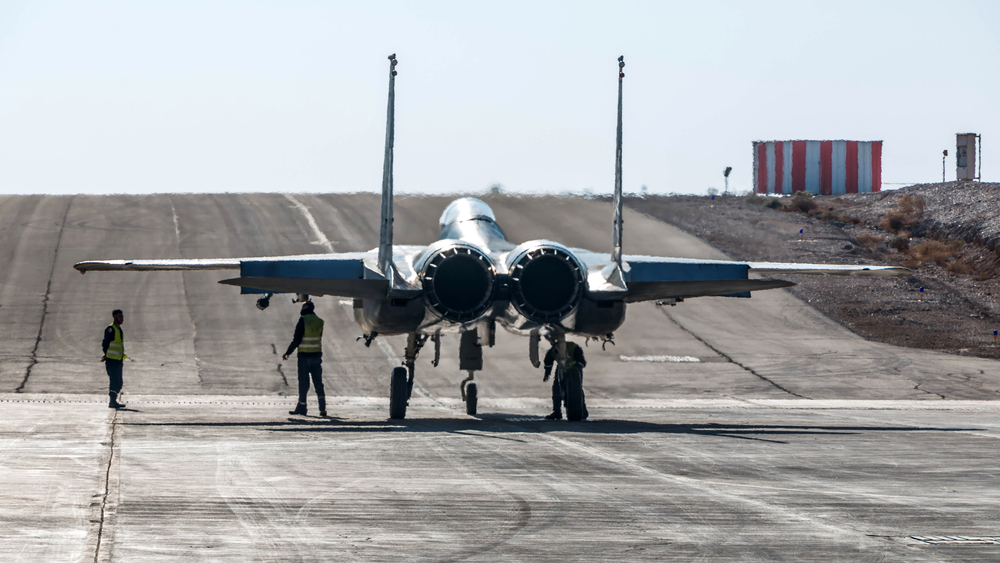 On April 6th, 2017, the Ron Paul Institute received credible information from its network that a US missile attack on Syria by President Trump was imminent. Just a couple of hours after we put out this urgent update, missiles were launched by Trump on Syria under the false pretense that they were retaliation for a Syrian government airstrike on civilians.

That claim has since been proven bogus—cooked up by US government spooks and amplified by the media.

We reported it to you in real time, where we were told by a source that the "TLAMs were being loaded." Sadly, we were right.

We are currently hearing from our sources that Israel may be planning a major "retaliatory" strike on Iran this weekend over the alleged involvement of Iran in the drone attack on a Japanese-owned but Israeli-managed ship, in which a British citizen was killed.

It's hardly an Iranian attack on Tel Aviv, but the new government in Israel has been ratcheting up the rhetoric for days, recently claiming that it is "ready to attack Iran alone" over the alleged incident.

We are told it may happen over the weekend.

The Israeli defense minister is on the warpath, repeating an endless Netanyahu talking point that Iranian nuclear weapons would be rolled out tomorrow, or in a week, or a few weeks, etc. The Israeli government is tenuously positioned, with recently dethroned Bibi breathing down its neck, so what better way to shore up domestic support—where the "left" parties are as hawkish as the "right" parties—than to launch a big attack on Iran?

That would solve the ongoing problem of US President Biden's negotiations—even if half-hearted and fruitless—with the Iranians over the return of the US to its commitment to the JCPOA ("Iran Deal") the return to which Biden openly campaigned on.

There is nothing that would excite Israel's bipartisan "Amen Corner" in the Washington Beltway more than a reckless Israeli attack on Iran (over a minor incident not at all related to Israeli national interests) and an Iranian response, which must come considering the incoming Iranian government is politically obliged to defend the conservative voices of those who recently elected it.

And the pro-Israel fanatics in the Biden Administration seem to be facilitating the escalation. Indeed, our source informs us, this Israeli attack may have some coordinating help from its friends in the Pentagon.

Speaking of Pat Buchanan, once again he has it totally on the mark when he warns of a "Gulf of Tonkin incident" in the Gulf of Oman. Writing in an article Friday, he blows apart this bogus narrative: while the Israelis are hysterically trying to frame this as some kind of existential threat to their existence, in fact, as Buchanan writes, such a frontal assault by the incoming Iranian Administration would make no sense.

'We are confident that Iran conducted this attack,' said Secretary of State Antony Blinken. 'We are working with our partners to consider our next steps and consulting with governments inside the region and beyond on an appropriate response, which will be forthcoming.'
Iran, however, has repeatedly denied that it ordered the attack.

What makes the attack puzzling is its timing, as it occurred just days before the inauguration of the newly elected president of Iran, the ultraconservative hardliner Ebrahim Raisi.

Query: Would Raisi have ordered a provocative attack on an Israeli-managed vessel, just days before taking office, when his highest priority is a lifting of the 'maximum pressure' sanctions imposed on his country by former President Donald Trump? Why?

Would Raisi put at risk his principal diplomatic goal, just to get even with Israel for some earlier pinprick strike in the tit-for-tat war in which Iran and Israel have been engaged for years? Again, why?

Indeed: why? We are providing this information to you, again, to let you know how things work inside the Washington war machine. Conflict is always good from the perspective of those who make millions off the rest of us to keep the tension high. High enough to justify more weapons sales but not too high where it all boils over.

This may boil over. Israel has been bombing Syria, Lebanon, Iraq, etc with impunity for years, and even its very friendly ally Russia is getting annoyed by Tel Aviv's relentless attacks on its neighbors.

So keep an eye open. And, as ever, do NOT trust the mainstream media. Information from our sources may not play out as we have warned. And in fact we would be happy to be wrong, as there is nothing to be gained by Israel, the US, Iran, or any country in the region from a major war.

Our view is that, were the US to disengage from the Middle East, Israel would have to face the music that it must find a way to get along with its neighbors—and the Palestinians who are its closest neighbors—and that would be good not only for the neighborhood, but for Israel as well.

The problem is not solely Israel or Palestine or Iran. The problem, as Americans, is US foreign policy is a major enabler for conflict for the benefit of special interests.