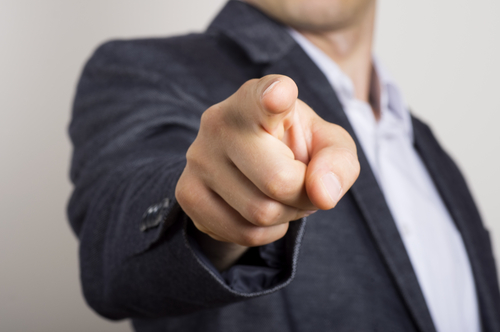 Alexander Lukashenko, the Belarusian president, blamed the West over its unified response against Russia’s military actions in Ukraine and said the crippling sanctions are backing Moscow into a corner that could spark WWIII.

“Now there is a lot of talk against the banking sector,” he said. “Gas, oil, SWIFT. It’s worse than war. This is pushing Russia into a third world war.”

He called for restraint because “nuclear war is the end of everything.”

NATO has been clear that it is not willing to fight Russia over Ukraine, but most of the E.U. has announced sanctions against Russia and are enforcing a no-fly-zone for Russian commercial jets.

The expulsion of selected Russian banks from SWIFT, or the Society for Worldwide Interbank Financial Telecommunication, is seen as the financial “nuclear option.” The messaging system, which was founded in 1973, enables international financial institutions to send money to each other.

Western countries have announced plans to block some Russian banks from the system and has “no precedent in the globalized age,” Reuters reported. Ukrainian President Volodymyr Zelensky urged world leaders to disconnect Russia from the banking system.

Russia is a major commodities producer and provides the world with 10 percent of its oil and 40 percent of the natural gas to Europe, the report said. The removal of Russia from Swift could have a serious drag on the global economy.

Sen. Mitch McConnell, the minority leader, urged Biden to “ratchet the sanctions all the way up.”

Western countries on Saturday said they would block Russia from dipping into its $630 billion international reserve to counter the impact of sanctions being imposed over its attack in Ukraine. The Wall Street Journal said the move could be a “hammer-blow” to Russia’s economy.

“Symbolically speaking, it’s a nuclear bomb in the world of global finance,” Sony Kapoor, a finance professor and CEO of the Nordic Institute for Finance, Technology and Sustainability, told the paper.

“There's going to be a huge Russia discount and risk premium for any type of financial transaction whatsoever. It’s going to be macro significant and very painful,” he said.

Airlines in Russia have been forced to cancel flights into Europe and the ruble has hit an all-time low of 89.60 against the U.S. dollar on Sunday. And while Moscow can print more rubles, inflation would spike and Russia’s currency would further depreciate.

Lukashenko is seen as a leader whose own survival depends on Russian President Vladimir Putin. Lukashenko is no stranger to Western sanctions over a disputed presidential election on 9 August 2020.

Zelensky lashed out on Sunday for allowing Russia troops to stage part of their offensive from Belarus.

“The Russian military is launching missiles at Ukraine from your territory. From your territory they are killing our children, they are destroying our homes and trying to blow up everything that has been built for decades,” he said. He continued, “We are your neighbors. Be Belarus, not Russia!”

U.S. President Joe Biden on Thursday said Putin “chose this war” when he slapped Russia with new sanctions that target banks, oligarchs, and the technology sector.

“Putin is the aggressor,” he said. “Putin chose this war, and now he and his country will bear the consequences.”

TREND FORECAST: As the saying goes, “Generals are always fighting the last war.” And America’s post-WWII war track record is an unblemished failure.

From their weaponry to tactics, the U.S. military has exemplified a common misconception and/or misunderstanding of technology and development in warfare... regardless of who they are fighting.

And the U.S. $778 billion 2022 military budget of more tanks, planes, ships and antiquated artillery for the 21st century further exemplifies their backwardness. We are planning to fight an enemy that does not exist.

In addition, as we have forecast, wars with China and Russia will be the War that ends all wars.

And if America stays on the trend lines drawn since the War on Terror launched by U.S. President George W. Bush following 9/11, it will be the last world war. As we have quoted Albert Einstein, “I know not with what weapons World War III will be fought, but World War IV will be fought with sticks and stones.”