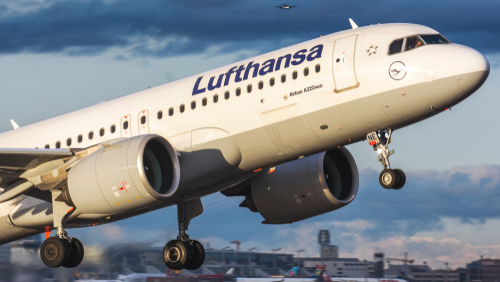 The airline filled 19.6 million seats in the period, just 46 percent of the number during the same quarter in 2019, it said, but reported new bookings for future flights at 80 percent of pre-COVID averages.

The U.S. will open its borders to European travelers on 8 November, an announcement that prompted a 51-percent jump in reservations, the airline reported.

Even with strong bookings, Lufthansa will operate at only 70 percent of its capacity in 2022, the airline said.

“We are back to black,” CEO Carsten Spohr told the Financial Times. “Now it is a question of continuing on the path of successful change.”

That path will be littered with the 30,000 workers Lufthansa has fired in its struggle to survive the COVID War.

TREND FORECAST: We note this article to illustrate how the media pumps up small increases to make it seem they are great gains. Indeed, the company has 30,000 less employees and at best, they will be operating at only 70 percent capacity next year... that is, if the COVID War ends!

Not mentioned is the loss of income that will persist when some 20-25 percent of the population refuses to get the COVID Jab, which will in turn deny them international as well as some domestic air-travel. Thus, with business travel also diminishing compared to pre-COVID war numbers, airline and hospitality profits will continue to decline.