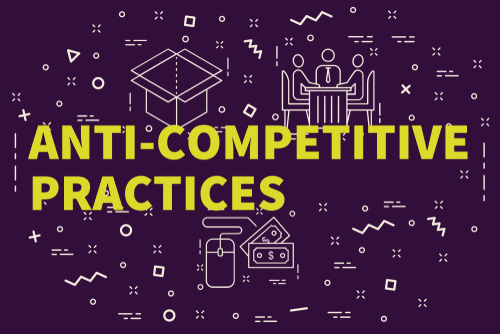 Another week, another revelation of mega corporations engaging in illegal practices to hurt consumers and undercut competition.

This time the news is about two of the largest current controllers of online advertising, Google and Facebook (now Meta), conspiring together to swallow the pie and keep challengers out.

Specifically, according to newly revealed papers of a state antitrust  complaint, the companies worked together to distort internet advertising sales, and CEOs at both firms were aware of the agreement and approved it.

But new unredacted versions of case documents, reported on by the AP, The Guardian, and other outlets, contains more detailed information on Alphabet CEO Sundar Pichai and Facebook CEO Mark Zuckerberg's roles in the deal's approval.

In a 2018 email exchange discussing the deal, Facebook's chief operating officer, Sheryl Sandberg, was "clear that 'this is a huge deal strategically,'" according to the complaint.

The complaint claims that once the two parties worked out the parameters of the agreement, "the team wrote an email addressed directly to CEO" Zuckerberg.

“We’re nearly ready to sign and need your approval to move forward,” the email read, according to the complaint. Zuckerberg wanted to meet with Sandberg and his other executives before making a decision, the complaint states.

Google even used a secret code name, "Jedi Blue," to refer to the 2018 agreement internally.

Unsurprisingly, spokespeople for both companies are denying wrongdoing. One even spun the agreement as an effort to increase “fairness” to advertisers.

The Trends Journal has been extensively reporting on anti-competitive and other abuses and illegal activities of corporations. For further reading, check out: